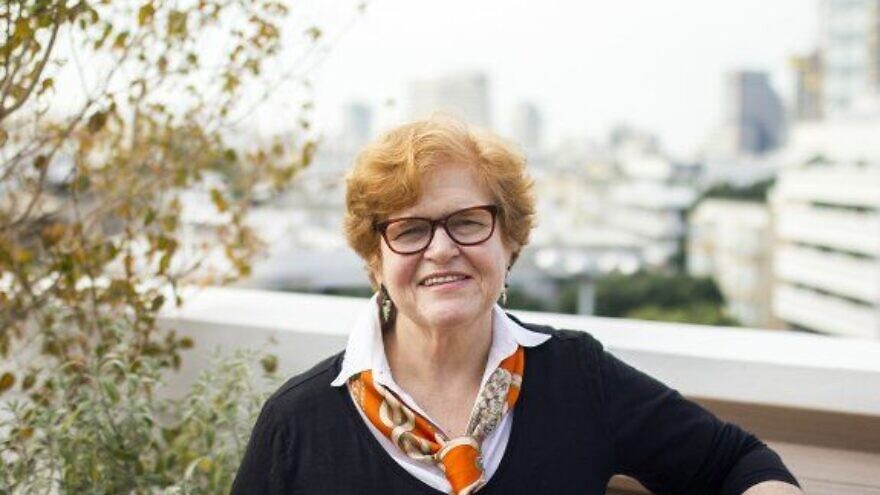 (December 18, 2022 / JNS) The U.S. State Department’s point woman on Jew-hatred says there’s a key element to antisemitism differing it from other types of hate. It’s the conspiracy theory.

“You can’t really grasp what antisemitism is, even if you care tremendously about it,” unless you understand the element that makes Jew-hatred unique, Deborah Lipstadt, the State Department special envoy to monitor and combat antisemitism, said in a pre-Shabbat briefing on Friday.

“If it’s someone you loathe, you just want to keep them down and keep them out of your life and keep them in their box. But if it’s someone who is controlling things, you have to stop them by any means necessary, because they’re harming your own welfare,” she said in a conversation with Shelley Greenspan, White House liaison to the Jewish community.

Death con 3 was a reference to one of a number of threats made against the Jewish community by rapper Kanye “Ye” West.

Lipstadt, a noted and often referenced scholar and historian, told those listening on Zoom that the key to fighting antisemitism goes beyond her own expertise.

“This is going to sound a little strange as someone who has made her whole life” as an educator, she said. “Education is crucially important, but education can only go so far. You can be well educated and still be an antisemite.”

Lipstadt pointed to the fact that of the Nazis’ four Einsatzgruppen, or mobile killing units, best known for their role in the systematic murder of Jews in mass shooting operations on Soviet territory, three were headed by people possessing PhDs.

She pointed to an approach of government-promoted tolerance, which filters into the home, along with vocal support from communal leaders, as keys to reducing Jew-hatred.

While Lipstadt spoke in general terms about this month’s White House roundtable discussion on antisemitism, Greenspan expounded on the need for last week’s announcement of a government interagency task force to deal with hatred of Jews, along with Islamophobia and other forms of bias.

“Many individual agencies are currently playing a role in combating antisemitism. But closer coordination is needed to share best practices, data intelligence, and also to identify gaps in some of our efforts,” she said. “We also need to streamline overlapping activities and roles to really execute a national strategy. And this doesn’t mean that in the first few months we are going to solve the problem of antisemitism, but it’ll allow us to address the problem in a much more effective way.”

Greenspan added that the biggest challenge in fighting antisemitism at the federal level has been a lack of coordination among the various agencies, and sounded a hopeful note that the White House effort could lead to tangible results.

“In terms of the work that I’m doing with regards to antisemitism, I’m talking individually to the Department of Education, to the Department of Homeland Security, but I noticed that a lot of them aren’t talking to each other,” she said. “And often it’s a lot of Jewish community leaders who are introducing me to my counterparts at different agencies, because they have really strong contacts.”

Lipstadt took the opportunity to discuss her recent travels to London, Brussels, Paris, Strasbourg, South Africa and Morocco. She said that many of the problems Jews are facing in the U.S. started in the United Kingdom, including issues on college campuses and with the BDS movement.

She also spoke of an encouraging meeting with younger members of the London Jewish community, following a viewing of a play at the Royal Court Theatre called “Jews. In Their Own Words,” derived from interviews with a dozen Jews who had been deeply affected by the antisemitism they had experienced as part of the Labour Party during the tenure of Jeremy Corbyn.

“Not only did I see the play, but afterwards I did a roundtable discussion with the actors and the people they were portraying. And it was very powerful to understand a kind of antisemitism that we sometimes don’t pay attention to. But that was very trying for them,” Lipstadt said.

She said an October meeting with antisemitism envoys from the European Union and affiliated nations has led to calls for a follow-up summit.

Lipstadt concluded the discussion of her travels on a somber note, recounting a meeting in a synagogue with a dozen or so representatives of the “small, but very strong Jewish community” in Strasbourg, a city whose Jews have dealt with a horrific history.

“One of them said to me half joking, very, very half, that ‘around this table, they are just pessimists and children of pessimists.’ And I looked up and I waited. And he said, ‘The optimist didn’t make it.’ It was a chilling remark,” said Lipstadt. “So much of Jewish humor is dark.”