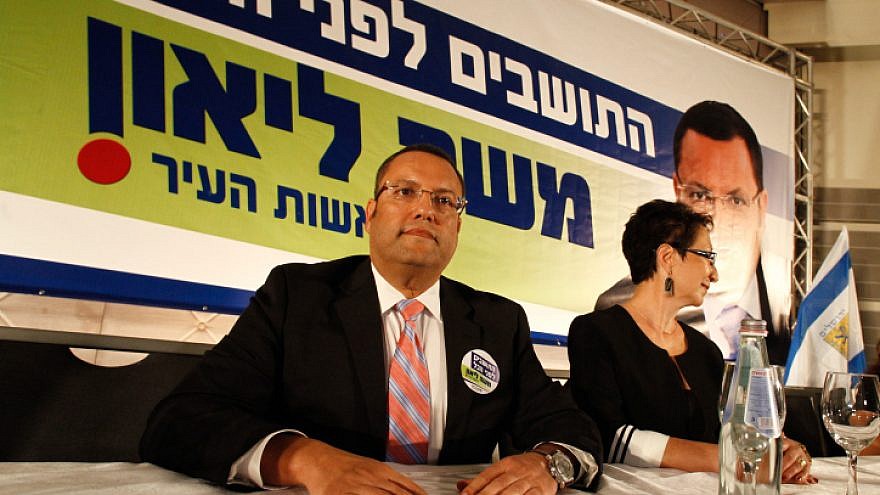 (December 8, 2022 / JNS) Jerusalem Mayor Moshe Lion on Wednesday welcomed 52 mayors and nearly 30 municipal officials from across the globe for a tour of the Israeli capital.

The tour’s main focus was on learning about the past—with a focus on the Jewish and Israeli connections to the Western Wall—and understanding the present through the city’s thriving hi-tech scene.

The tour began in the Western Wall tunnels, where the mayors learned about the history of Jerusalem, and continued to an observation point where they viewed the ongoing construction of the new city entrance quarter planned to accommodate dozens of businesses and serve as a hub for technology companies.

The tour continued to two planned hi-tech hubs—the Hebrew University-based HujiTech compound and the Silicon Wadi in the neighborhood of Wadi al-Joz—which will be engines for development and innovation in the hi-tech and bio-tech fields in Jerusalem.

“It is a special day for Jerusalem. We hosted here some 80 mayors and municipal officials from around the world. We have shown them the massive development projects undergoing in our city,” said Jerusalem Mayor Moshe Lion. “They got to see the beautiful combination of old and new—the preservation of history on the one hand and the expansion of cutting-edge technologies on the other.

“Our goal is to show them the construction of infrastructures now so they could come in the future for more than one day and the fruits of our efforts today,” he added.