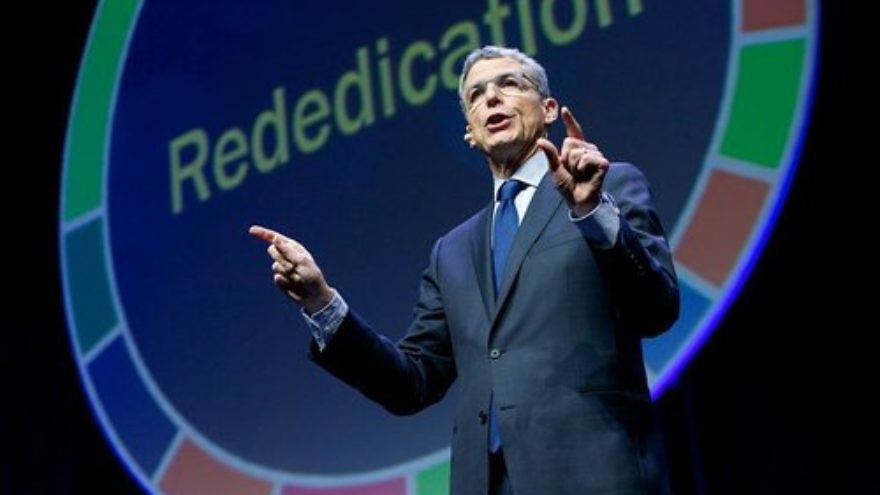 BOSTON—Rabbi Rick Jacobs used his pulpit to compare the difficulties between Israel and Reform Jews to those of Joseph and his brothers in last week’s Torah portion of Vayeshev.

It was a huge congregation Jacobs was addressing: the record-breaking 6,000 Reform Jews gathered in Boston for the Union for Reform Judaism’s (URJ) 74th North American Biennial General Assembly.

But it was President Donald Trump’s announcement that the U.S. has recognized Jerusalem as Israel’s capital and will be moving its embassy there from Tel Aviv that was the subject of much of the conversation at the Dec. 6-10 convention of American Jewry’s largest religious denomination—in formal speeches and workshops, in the hallways between sessions, and over sandwiches at lunch.

Jacobs, the URJ’s president, had stated last week that Trump’s announcement as “ill-timed,” breaking with the relatively broad Jewish communal support of the Jerusalem recognition.

“While we share the president’s belief that the U.S. embassy should, at the right time, be moved from Tel Aviv to Jerusalem, we cannot support his decision to begin preparing that move now, absent a comprehensive plan for a peace process,” said Jacobs, whose position was echoed by Sen. Elizabeth Warren (D-Mass.) when she addressed the URJ conference Dec. 8. 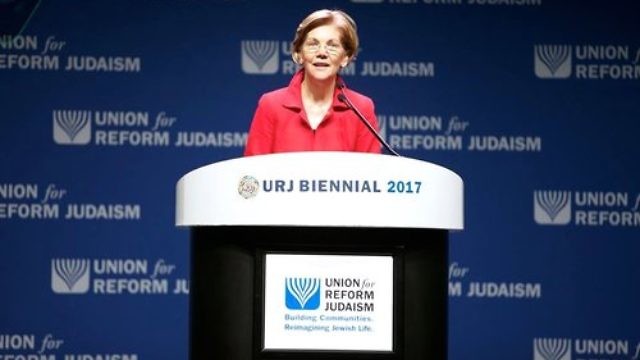 In an interview with Israel Radio this week, Natan Sharansky, chairman of The Jewish Agency for Israel, said the Reform response to Trump’s Jerusalem recognition was “terrible.”

“Everything that comes out of Trump is bad, from [the Reform movement’s] perspective,” Sharansky said. “When the leader of a superpower recognizes Jerusalem, first you have to welcome it, then offer disagreement. Here it was the opposite.”

At odds with Israeli policies

Many of Reform Jews’ concerns about Israeli politics—including growth of what they consider settlements, and the state’s religious policies such on conversion and Western Wall prayer—were aired at “Israel at 70: Ensuring a Jewish and Democratic State,” a workshop featuring Rabbi Gilad Kariv, president of the Israel Movement for Reform and Progressive Judaism (IMPJ).

“We need to understand that 70 years ago Reform Judaism was not around the communal table when the state of Israel was conceived of,” Kariv told a standing-room-only crowd.

Kariv covered what he called “the ideological debate” over non-Orthodox Jews’ push to conduct egalitarian prayer at the Western Wall, a site long separated by gender, as well as the fact that Reform rabbis are not recognized by the Israeli Chief Rabbinate. He noted that all Reform rabbis spend a year of their training in Israel and that each year, 500 young Israelis spend time in Reform camps in North America “to teach and also to learn from us.”

“If Israel is the nation-state of the Jewish people, then all Jews wherever they are have responsibilities and rights too,” Kariv told JNS after the workshop. “Certainly not in a decision-making role, but the right to be heard and respected.”

When David Grossman took the stage Dec. 7 to accept the Maurice N. Eisendrath Bearer of Light Award, the Reform movement’s highest honor, the award-winning Israeli novelist—whom the left-wing J Street lobby lists as one of its strongest Israeli supporters—was openly critical of Israel’s political and religious policies. He urged the audience, which gave him several standing ovations, to “make your presence known more than ever before.”

Though he said he “can’t understand” values like those of the Palestinian mother who celebrates her child’s attacks on Israelis and hopes her other children follow suit, Grossman leveled his most intense criticism at Israel’s leaders, blaming them for alienating Reform youths.

Grossman described himself as “a secular person and an atheist,” but he did allow his children to celebrate their bar mitzvahs in a Reform temple in Israel.

A recent study commissioned by the IMPJ found that a small but increasing number of Israelis, 7 percent, identify with Reform Judaism.At the same time, a 2016 Pew Research Center study reported that 2 percent of Israelis identify as Conservative and 3 percent as Reform, while 50 percent identify as Orthodox and 41 percent eschew any denominational identity.

Distinguishing between religion and politics

Convention attendee Rabbi Jonathan Aaron of Temple Emanuel in Beverly Hills, Calif., told JNS that he makes “a distinction between the religious and the political” when it comes to Israel.

“Yes, I’m frustrated that I can’t perform weddings over there, but as far as political decisions go, it’s not our blood on the line,” he said. “The bottom line is, even when there is criticism, the Reform leadership knows how important Israel is to the future of the world and of Judaism. We will always support it.”

The Reform movement emphasized at the conference that it is working on initiatives to bring more Israeli Jews to the U.S. to witness American Jewish life through a Reform lens as well as to double the funding for increasing the Reform presence across Israel.

“We should never shirk our obligation to raise objections to policies that weaken Israel’s Jewish democratic core and undermine prospects for Israeli-Palestinian peace,” said Rabbi Jacobs. “But we must simultaneously help our people fall in love with Israel, with her diverse and remarkable people, her founding vision, her creativity in its scientific, business and cultural achievements, and so much more.”

Frank Ponder, a biennial attendee from Los Angeles, similarly said, “We have every right to be critical, but I feel like it’s our job to make sure Israel continues to exist. It’s necessary for the future of the Jewish people and the world. I can disagree with the internal policies and their attitude toward Reform Jews, but it will never stop me from supporting her.”