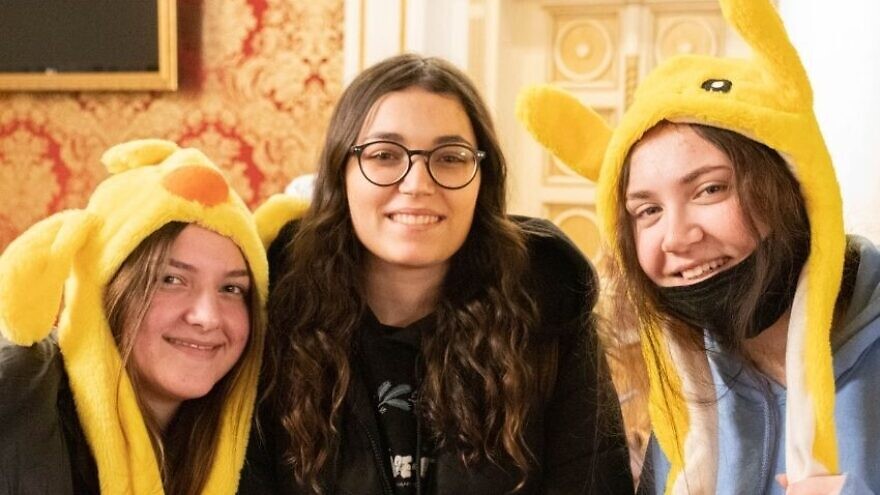 (March 3, 2022 / JNS) CHISINAU – In a modestly sized hotel ballroom in Chisinau, Moldova’s capital, a group of 120 refugees from a Jewish orphanage in Odessa celebrated their escape from war-torn Ukraine. The group included 105 Jewish orphans, more than 40 of whom were without passports, and 15 support staff. Their escape was made possible by a joint effort of Chabad and the International Fellowship of Christians and Jews (IFCJ), which financed the operation.

The group reached Chisinau late Wednesday afternoon after a four-hour bus ride to Moldova’s border and a three-hour wait time for processing. Moldova is a stopover. The second leg of their journey will take them to Berlin — a 25-hour bus trip.

The younger children didn’t seem worse for wear despite the long journey as they played on the ballroom floor. The elder ones were more pensive. Keren Chaynikova, 20, and Natasha Dubinskaya, 16, friends for many years, expressed shock at what was happening in Ukraine. Chaynikova, who is studying at university to be an artist, told JNS she intends to return to Odessa as soon as the troubles subside. Dubinskaya said she felt guilty about leaving her sister’s family behind.

“I feel very bad because I have chosen to go to a normal country while my family stays in Ukraine, where they have rockets and bombs,” Dubinskaya told JNS. 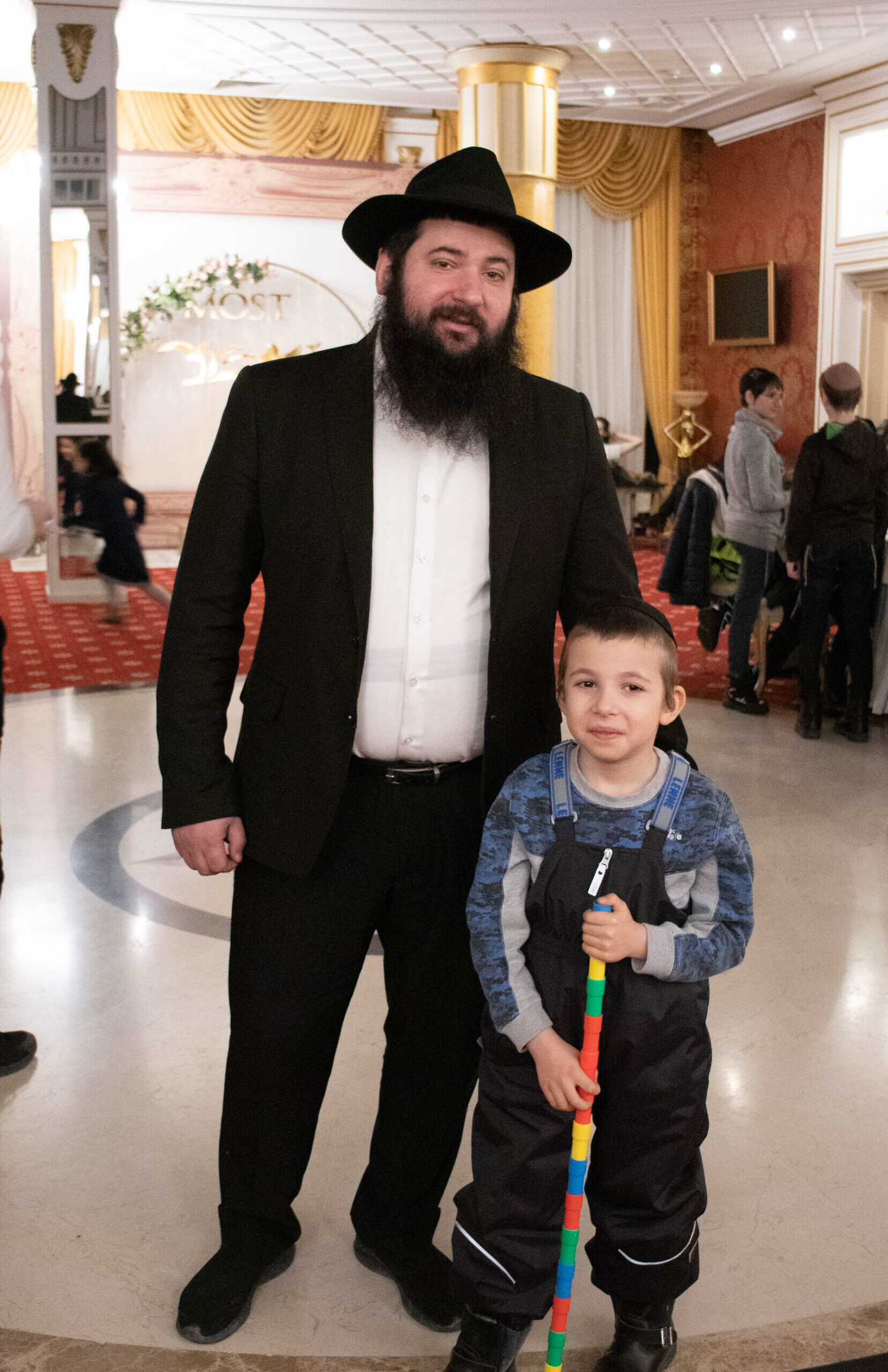 Rabbi Mendy Wolff, who runs the orphanage, told JNS that he is grateful to Moldova for permitting the group to enter despite many lacking travel documents. Numbers vary somewhat but Moldova, which borders southwestern Ukraine, has taken in roughly 70,000 Ukrainian refugees, the third most after Poland and Hungary. The U.N. reports that a total of 800,000 civilians have fled Ukraine since the Russian invasion.

Wolff said the group would head for the German capital on Wednesday night in order to reach the city before Shabbat. Berlin was chosen because the head of the city’s Chabad community, Rabbi Yehudah Teichtal, expressed willingness to accept the orphans and had the facilities to do so. (A second group of Jewish orphans from Ukraine will fly to Israel on Sunday from Romania.) 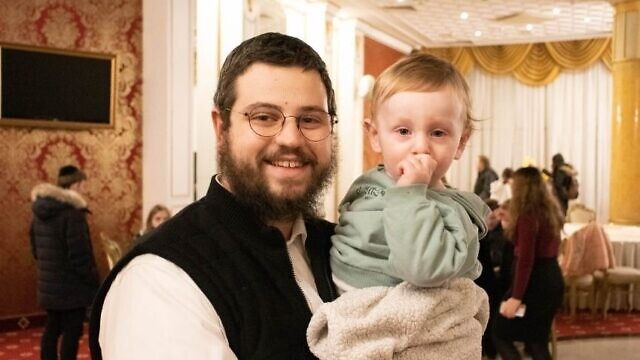 Rabbi Mendy Wolff, director of the orphanage, holding one of his own children. Credit: David Isaac.

The necessity of leaving Odessa became abundantly clear in recent days as the city braced for a major attack. Nearby cities have already fallen to Russian forces, which invaded the country on Feb. 24.

The IFCJ helped plan the orphans’ evacuation. Gadi Teichman, the group’s content manager, told JNS he had visited Odessa on Jan. 27 to help organize a plan of action should members of Odessa’s Jewish community be forced to flee.

Rabbi Fishel Chichelnitsky of the Jewish University “Chabad-Odessa” escaped with the group. He brought with him his wife and four of his nine children (the older ones were already outside Ukraine). He noted the irony of the situation as the group was heading to Germany, which had tried to murder the entire Jewish people, by way of Chisinau, the site of the one of the most infamous pogroms in history.

Chichelnitsky said his grandfather fought the Nazis in World War II. “I don’t know what my grandfather would have said — if he was still alive — had I told him that I was going to Berlin,” Chichelnitsky told JNS. “When his brother went to Germany after the war, he didn’t speak to him for 20 years.”

Odessa, too, was the scene of notorious pogroms in the late 19th and early 20th centuries. But it was also home to a thriving Jewish community before it was largely wiped out by the Nazis. Chichelnitsky said there are about 35,000 Jews in Odessa today. He said the city welcomes its Jews and described its Jewish community as “the strongest in Europe” as judged by its institutions, which support the elderly, youths and Israeli students who come to the city to study, particularly in medicine.

Chichelnitsky, who was born in Odessa and has deep roots in the city (he still owns his grandfather’s apartment) worries for the future. He never dreamed Russian President Vladimir Putin would launch an invasion. He said, “I thought he just wanted Ukraine to be afraid of him, that everyone would say he was strong and so on. I didn’t think he would drop bombs on Kharkiv, on Kyiv.”