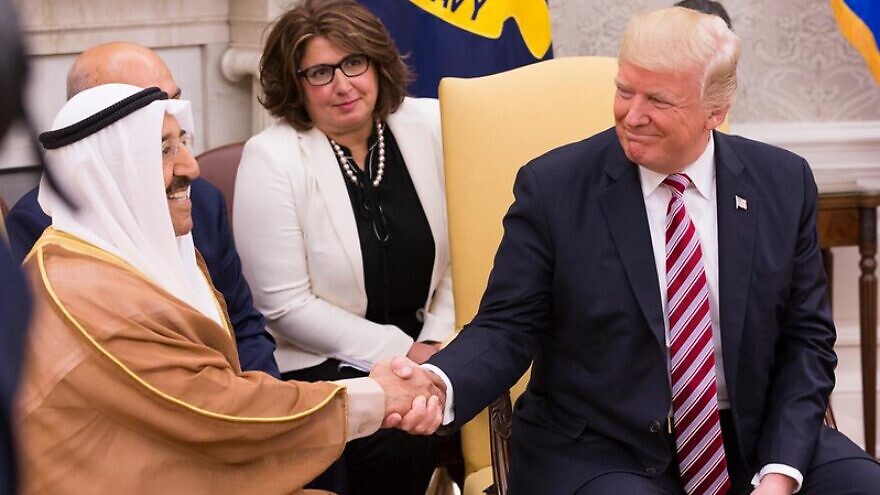 (August 16, 2020 / Israel Hayom) Days after Israel and the United Arab Emirates announced that they would be normalizing diplomatic relations, and with other Arab countries making noises that they might follow in the Emirates’ footsteps, Kuwait is doubling down on its anti-Israel stance.

In a formal announcement issued on Sunday, senior Kuwaiti officials said “our position toward Israel has not changed as a result of the deal to normalize relations with the UAE, and we will be the last to normalize ties,” according to the Al-Qabas newspaper.

Michael Barak, a Middle East researcher at the Interdisciplinary Center Herzliya, told Israel Hayom that “the Muslim Brotherhood movement is very strong in Kuwait, and the state has very strong ties with the Palestinians.”

The Kuwaitis, and especially the royal family, don’t want to go back on their traditional support of the Palestinians, he said, adding that the Arab nationalist view is still prominent in Kuwait. Kuwaiti-Palestinian ties “saw a major crisis because of the Palestinians’ support for Saddam Hussein during the Gulf War, but by 2015 relations were gradually restored,” he said.

As for the Kuwaiti parliament, Barak noted that “the Muslim Brotherhood is a strong force there, and they are very close to the royal family, which tries to present itself as the defender of the Palestinians.”

These ties were not only to the Palestinian Authority but also to Hamas, according to Barak.

“In Kuwait, there are Salafi associations that transfer donations to Hamas, which shows us that their ties [to the Palestinians] aren’t only with the P.A. leadership in Ramallah,” he said.

“These issues influence the royal family, which does not want a direct conflict with the many members of parliament from the Muslim Brotherhood, the Salafi parties, or the parties that hold a pan-Arab worldview,” added Barak.

Meanwhile, Lebanese President Michel Aoun had a surprising reaction to the announcement of Israeli-Emirati normalization. Aoun, who has ties to Hezbollah, told the French BFMTV on Sunday that “the United Arab Emirates are an independent state.”

When asked if he would be willing to normalize relations with Israel, he replied: “It depends.”

“We have problems with Israel that would have to be solved first,” said Aoun.