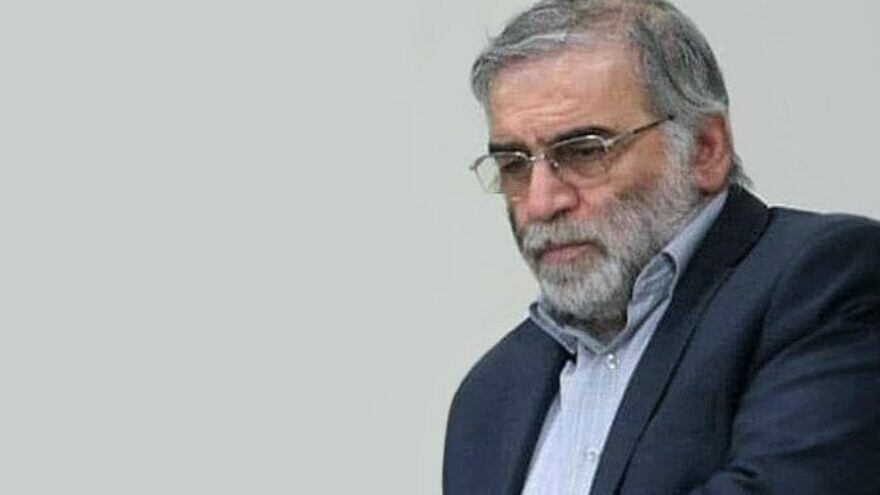 (November 27, 2020 / JNS) Iran’s leading nuclear scientist, Mohsen Fakhrizadeh, was killed on Friday while traveling in a car outside of Tehran. Many in the West and in Israel believed that Fakhrizadeh was the leader of Iran’s nuclear-weapons program.

Neither U.S. President Donald Trump nor Israeli Prime Minister Benjamin Netanyahu has commented on the attack.

However, early on Friday afternoon, Trump retweeted two postings, one in English and one in Hebrew from journalist Yossi Melman that read “Mohsen Fakhrizadeh has been assassinated in Damavand, east of Tehran, according to reports in Iran. He was head of Iran’s secret military program and wanted for many years by Mossad. His death is a major psychological and professional blow for Iran.” 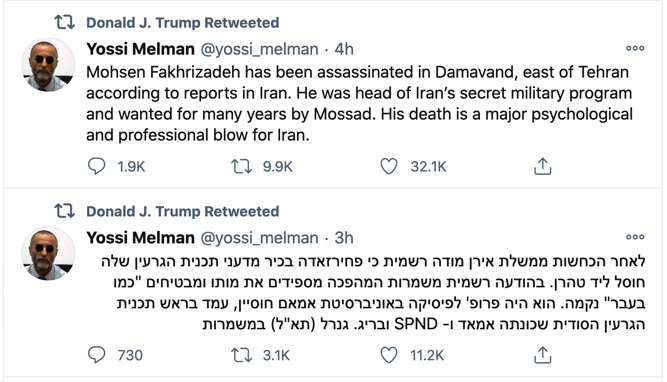 In 2018, during a briefing on Iran’s nuclear program, Netanyahu had called Fakhrizadeh out by name as being involved.