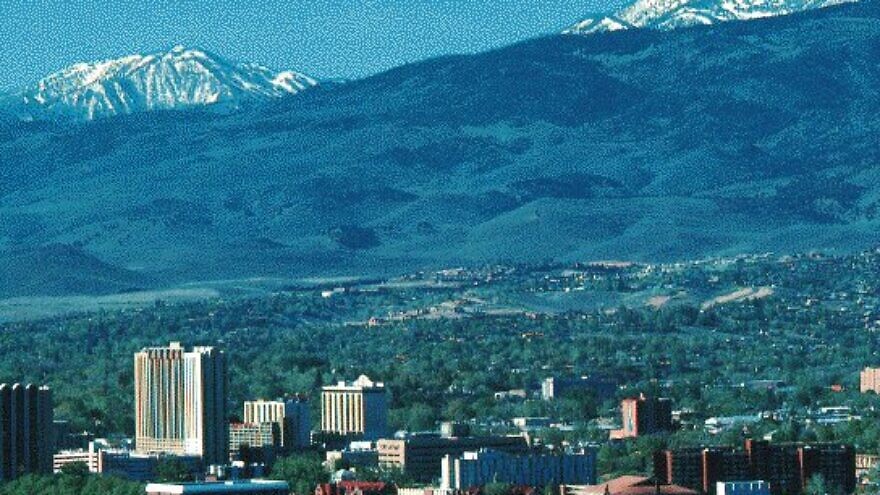 (December 5, 2022 / JNS) With antisemitism spiking across the United States, the Nevada Board of Regents voted on Friday to use the International Holocaust Remembrance Alliance Working Definition of Antisemitism for anti-bias and anti-discrimination education and training in the state’s higher education system.

The Nevada System of Higher Education (NSHE) thus become the first U.S. state higher education system to adopt the IHRA definition on its own rather than having it mandated through legislation or executive order. About 105,000 students attend the system’s degree-granting campuses.

“Antisemitism is at crisis levels nationally and the Board of Regents wanted to be proactive here and get in front of the problem. By adopting the IHRA definition of antisemitism we are making a statement that the Nevada System of Higher Education is committed to equal protections for all our students,” said Regent Byron Brooks, who led the effort over the last 18 months.

The NSHE’s Inclusion, Diversity, Equity and Access (IDEA) Committee voted unanimously in September to approve the adoption of the IHRA definition as part of a larger refreshing of anti-bias education and training requirements. That policy recommendation was enacted Friday at the Board of Regents’ quarterly meeting.

The Israeli-American Council (IAC)’s legislative policy-making arm, IAC For Action, worked with the Board of Regents and welcomed the adoption of the IHRA definition, with IAC National Board Chair Naty Saidoff saying it “advances equal protection for Jewish students and sets a standard that we hope other states will soon follow” and calling it “a necessary step in fulfilling Nevada’s commitment to creating an environment of safety and inclusion for Jewish students on college campuses across the state.”

More than two dozen U.S. state governments have adopted or endorsed the IHRA definition, which serves as the most widely accepted legal standard for antisemitism globally. Nearly 900 national, state and local governments and major public entities have endorsed the IHRA definition. That includes the U.S. Departments of State, Education and Justice.

The IHRA definition stresses that while not all criticism of Israel is antisemitic, criticism can cross the line into antisemitism when delegitimizing, demonizing or applying double standards to Israel. The definition also calls out as antisemitic any attack against Jewish individuals or institutions due to actions or perceived actions by Israel.