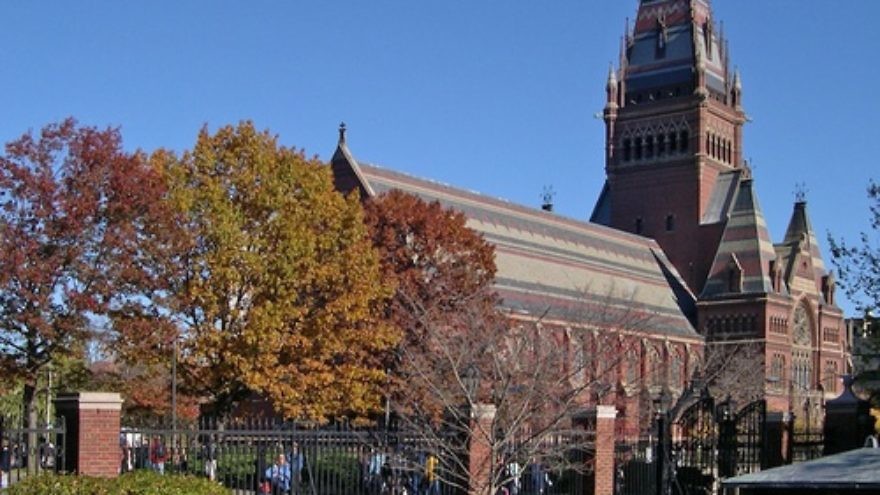 The report was published by the AMCHA Initiative, an organization focused on documenting and combating antisemitism on college campuses.

For a report titled “Falling Through the Cracks: How School Policies Deny Jewish Students Equal Protection for Antisemitism,” AMCHA researchers reviewed how the 100 colleges that are most popular among Jewish students handle antisemitic harassment. The report noted that most schools have two mechanisms available for students experiencing a hostile learning environment: non-discrimination and harassment policies, and student codes of conduct.

“Jewish students who fall victim to anti-Zionist motivated harassment, the predominant form of antisemitism on campuses today, are often deemed ineligible for coverage under this policy, since many university administrators do not consider support for Israel an expression of a Jewish student’s religious beliefs or ethnicity,” the report states, adding that for a student to take action against harassment, they must rely on the school’s general code of conduct instead.

AMCHA discovered that such policies are not as robust in their protections as policies designed to protect “protected identity groups.”

The report reveals that nearly one-quarter of schools’ codes of conduct do not include verbal abuse in their descriptions of prohibited behavior.

As most universities design their discrimination policies based on federal guidelines, they do not see anti-Zionist harassment as comparable to classically antisemitic or racist harassment, the report explains. As a result, Zionist students who allege harassment do not receive a response to their complaints in the same manner as other students with “protected identities.”

The report also offered a solution to Harvard University, the school named number one in antisemitic incidents this year in another AMCHA report. A new policy planned by the school would guarantee “unprotected” students the same administrative protections regarding harassing behavior as is granted to protected identity students.

“Yes, we were very surprised, and pleasantly so, to find that Harvard has been working on the problem of inadequate protections for students not covered under the school’s harassment policies,” Rossman-Benjamin said. “Perhaps it was Harvard’s troubling history on Jewish and Zionist issues that actually motivated them to think about how to provide equal and adequate protections for Jewish students—and all students—who don’t fit neatly into a ‘protected class’ identity box, and their proposed anti-bullying policy is the result.”

Rossman-Benjamin continued, “But regardless of the motivation, Harvard’s proposal is strong and important, and it should serve as a model to other universities…Students deserve an educational environment free from harassment, regardless of the identity of the victim. Harassment is harassment, and it is only fair and right that behavior prohibited against some students be prohibited against all students. Harvard has done an excellent job of recognizing the problem and proposing a solution to fix this inequality.”