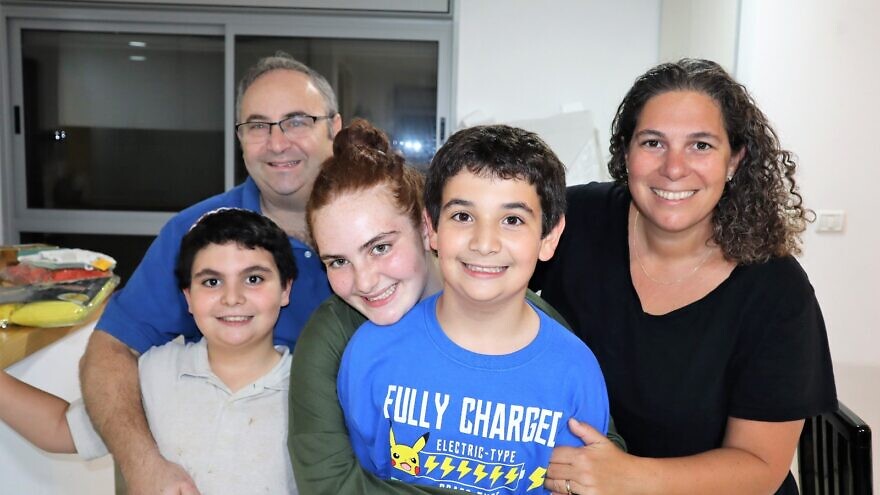 (March 7, 2022 / JNS) For many parents, the past two years have been somewhat of a blur. Lockdowns, regulations and mandatory isolation became the norm, making parenting even more of a challenge than it already is. With all these distractions, nobody would think less of parents who chose to put their careers on the back burner.

Yet some women were able to overcome these obstacles and found themselves in a stronger position professionally than when the pandemic began.

“COVID-19 presented many challenges to families and olim in particular who were unable to reunite with their relatives for long periods of time,” Yael Katsman, vice president of Communications for Nefesh B’Nefesh, who along with the Ministry of Aliyah and Integration, the Jewish Agency for Israel, Keren Kayemet LeIsrael and JNF-USA, assisted more than 5,000 new immigrants during this time, said. “Mothers, in particular, were hit hard as the work-life balance became even more blurred and most transitioned to working from home. Yet, it’s inspiring to see how many of them were able to overcome these challenges and turn them into opportunities.”

In honor of International Women’s Day on March 8, the following are stories of women immigrants who managed to overcome some of the socioeconomic odds stacked against them.

Menucha Saitowitz gave birth to her fourth child on March 8, 2020. A week later, Israel went into its first lockdown. Curfews were mandated, residents were only allowed to venture a limited distance away from their homes, and only essential travel was allowed.

“We had family that were supposed to come and help, and they couldn’t,” said Saitowitz.

Due to the pandemic, she decided to take a prolonged 18-month maternity leave.

“I think that a lot of women are scared to do that, or it’s looked down on, but it was the right decision for me,” said Saitowitz, who made aliyah from Fort Lauderdale, Fla., with Nefesh B’Nefesh. 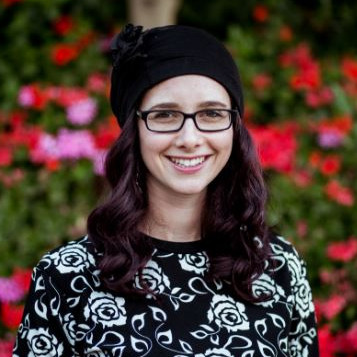 Despite largely being confined to her own home, Saitowitz managed to make the best of her extended maternity leave by coming up with creative ways to pass the time with her children.

From teaching her then 6-year-old how to read in English, to incorporating her sister’s geography curriculum where she taught her children about countries and their traditions, the Saitowitz family found success in relying on each other.

“I was lucky I was on maternity leave because I didn’t have the expectation that I needed to work. I had permission to withdraw from society for a bit and take advantage of doing things with my kids that I wouldn’t do otherwise,” she said.

After her maternity leave was over, Saitowitz was prepared to return to her previous job until she saw a post on Facebook advertising a position at Desert Stars, an NGO that unites the Negev and strengthens Israeli society by fostering Bedouin leadership.

“After the war we had in May 2021, I saw the importance of reaching out to people from different backgrounds,” she said.

She identified the pandemic’s challenges as one reason why she wanted to propel herself into a new career. “The lockdowns were very hard. But after the first two, the time at home gave me a reset to think about what I wanted to do. If COVID never happened, I may still be at my previous job. It was a great place to work, but I’m glad I had a break to recharge and think about the kind of change I want to make in Israeli society.”

“A lot of times, women’s career paths are not necessarily linear. When a man starts his career, it’s generally not interrupted. But mothers having babies and taking time off, no matter how long, our jobs are cyclical. There are ups and downs, and we shouldn’t apologize for that because it brings new perspectives and experiences,” she said.

When speaking to Myriam Feinberg, it’s clear that she’s lived in many places. Her accent—an interesting mixture of both French and English—reflects her birthplace of France, upbringing in Israel, studying for her Ph.D. in London and finally life in Israel since 2014.

“I didn’t feel at home anywhere but Israel. I lived in France, Ireland, England and a bit in Canada,” she said.

In March 2020, she began studying for the bar exam after completing her legal internship, aiming to pivot from academia to practice.

During that time, she had a 6-month-old and a 3-and-a-half-year-old at home. Her mother also died the year before.

It would have been a tumultuous time by any standard. 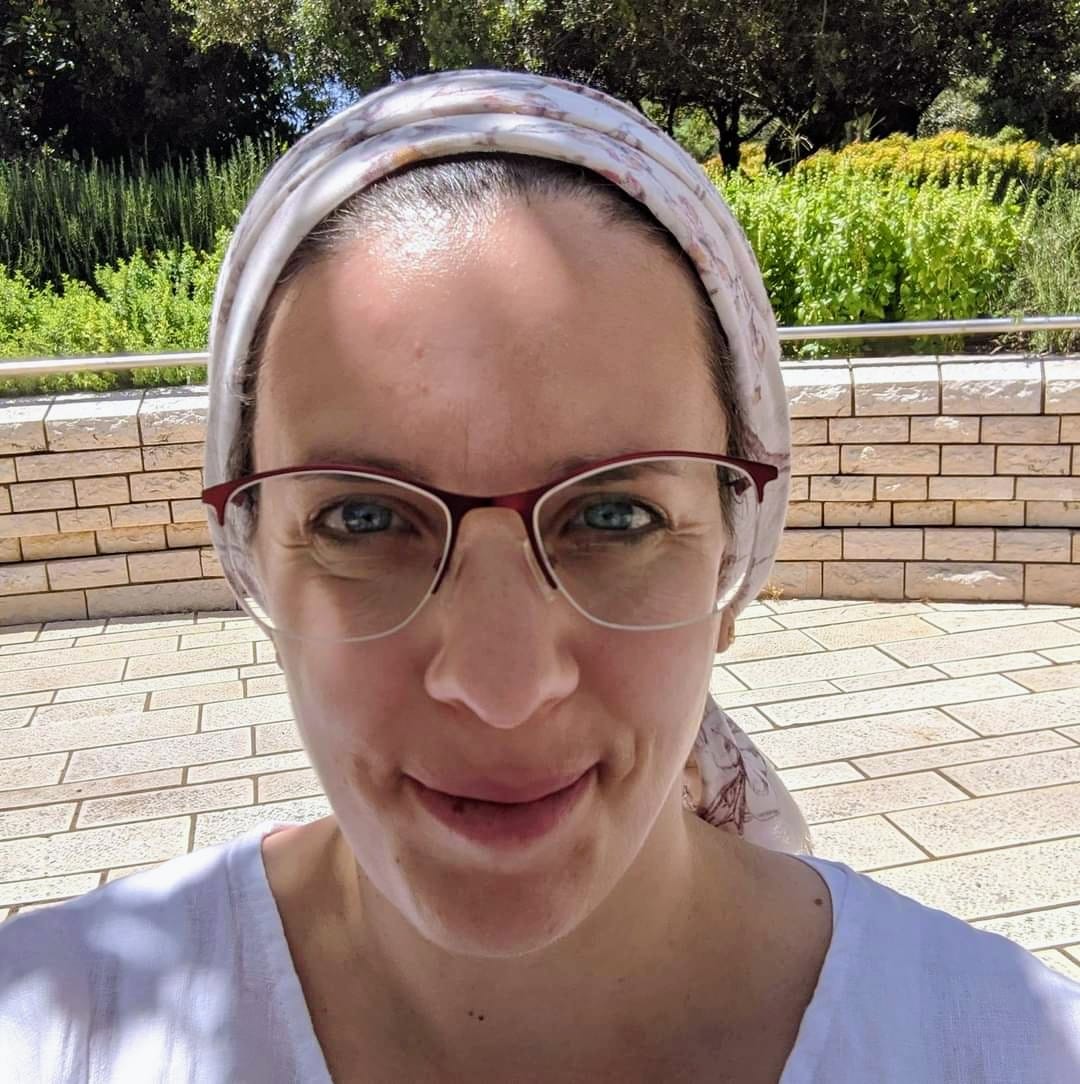 And then the world was turned upside down. Feinberg and her husband reacted accordingly.

“I was with the kids during the day while my husband was working on Zoom in the living room. At night, I would teach. It was exhausting,” she said.

When her kids were able to go back to daycare, her studying kicked into high gear once again, but it wasn’t enough.

Feinberg failed in her first attempt at the challenging exam.

“It made sense because I wasn’t studying enough. At the same time, I considered dropping it entirely. But my husband said, ‘You’ve gotten this far. This is the last stretch. Don’t back out now.’ ”

Rather than be defeated, Feinberg was determined to try again, this time re-examining the way things were done at home. Instead of her husband working full-time, he reduced his hours by 75 percent.

In December 2020, she retook the exam and passed. Today, she is an international arbitration lawyer at a successful firm after specializing in counter terrorism in her academic career.

“COVID made your everyday challenges all the more acute,” she said. “Either you were always with your kids or you never saw them.”

Feinberg described International Women’s Day as a bittersweet occasion, as she believes it often misses the opportunity to advance gender equality and women’s rights.

Despite passing the bar and keeping her family healthy and happy, Feinberg doesn’t view it as a triumph but more just what needed to be done.

“I wouldn’t say I succeeded; I think it’s more that I survived, and it happened to lead to something positive,” she said. “I also think that it depends on what you qualify as success. Especially during the pandemic, the bar was lowered. The pandemic was hard on everyone.”

“While there were many global challenges associated with COVID and the pandemic is not taken lightly, for our family, it was actually a very special period,” acknowledged Rebecca Franks, who made aliyah with Nefesh B’Nefesh from Boca Raton, Fla.

As a working mom, Franks is no stranger to the juggling act of raising kids and being a successful career woman—so much so that she fielded calls from clients while in the recovery room at the hospital after giving birth.

Franks ran a business with her husband in the United States, a mystery shopping company called Perfectly Frank Inc.

“As business owners, there is no such thing as ‘maternity leave,’ and no days off. Even on holiday, I have always worked,” she said.

COVID, she noted, “was a sudden and unexpected halt on our American mystery shopping company. When we saw the escalation of cases and Israel was ahead of America in its handling of the pandemic, we proactively closed our business doors and ceased all visits.”

Franks was suddenly presented with an opportunity that she never had before: unfiltered time with her kids.

“It meant that the mother who always had her head buried in her phone and on the computer could suddenly be completely present in my kids’ lives. We used the lockdowns as a really amazing family bonding period—games, cooking, projects, movies and more. It was really magical, albeit with the heavy weight and fear of the pandemic looming in the background,” she said.

But nobody with such a thirst for success stops working indefinitely, and Franks pivoted to the real estate industry in Israel.

“About one year before COVID hit, I had started a new career in real estate in Modi’in and was juggling our American business simultaneously with the Israeli real estate work. In this case, the pandemic was also a pivotal period in my career. The real estate work took off, and during the pandemic, I sold more houses than in the year prior. I used the adversity as a chance to invest in the real estate career more fully. I quickly realized I enjoyed ‘only’ having one career, I enjoyed the fact that I’d made the move to having my entire career locally in Israel, and I really loved all the people I was meeting and helping find homes,” she said.

Franks eventually met her current business partner, Yaron Goldberger, and they launched their real estate firm—HaBayit Shelanu (“Our House”)—in the beginning of the year.

For other working moms, Franks’ advice is to “accept the inevitable.”