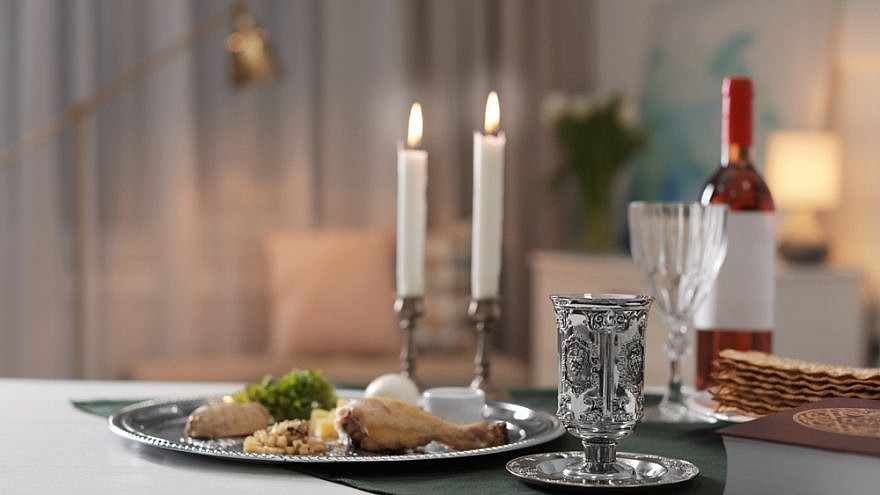 (March 22, 2021 / JNS) When the Haggadah tells us: “You have redeemed us from Egypt, You have freed us from the house of bondage, You have fed us in famine and nourished us in plenty; You have saved us from the sword and delivered us from pestilence, and raised us from evil and lasting maladies,” in 2021 we sit up and take notice.

Because it’s been one long year.

Strapping on your mask for the millionth time and keeping your social distance, haven’t you thought dayenu—enough already?

As Jews around the globe prepare to celebrate the holiday of our people’s freedom from Egyptian slavery, we’re not quite as free as we had hoped we’d be by now.

So along comes the seder to remind us that, if there’s one thing Jews down through the ages have known it’s how to find hope in even the most dire of circumstances.

The seder, which kicks off the eight days of Passover (seven in Israel) beginning on Saturday night, March 27, has invited Jews down the ages to relive our people’s dramatic and most defining moment: No less than the Master of the Universe rescuing the Israelites from their 210 years of back-breaking and soul-killing slavery at the hands of the cruelest of Egyptian pharaohs and his whip-cracking taskmasters.

Oppressed as they were, how could our ancestors dare to hope they would ever be free? But hope they did, a skill much in demand today.

So here are eight arguments for hope from the Haggadah (and the Torah)—one to savor each day of the holiday:

Day 1: “Mah Nishtanah?” Why is this night different from all other nights?

“Remaining in our homes and separated from our families, this year we understand better what it means to be slaves—to be in the narrow and constrained place that was Egypt,” says Rabbi Zev Leff of Moshav Matityahu, who also teaches elsewhere in Israel. “But on Pesach night, we can break free and, like a car battery, charge up our soul for another year. We know that, just like God took us out of Egypt when things looked hopeless, we need to feel hope now. And tell the story in a way each child can understand that they are a link in an unbroken chain all the way back to what happened to us 3,000 ago, that they can be proud of being the next link in that chain.”

“I was 24 when I experienced my first [Passover] seder,” says Natan Sharansky, who, as a refusenik, spent nine years in Soviet prisons before immigrating to Israel, where he served in a variety of governmental roles, and afterwards, as chairman of the Jewish Agency of Israel. “I was the youngest at that seder and nobody even knew enough to read the Haggadah, but when it came to it the part of ‘this year we are slaves and next year we will be free’—to hear it, we knew we had the same struggle and that became exactly our motto. In all my years in prison, I used three pieces of bread. I knew it wasn’t matzah, but it was enough. Until today, we see the same miracle as then. In our generation, 2 million Jews went out to freedom from the Soviet Union. Coming back to our roots and our history.” 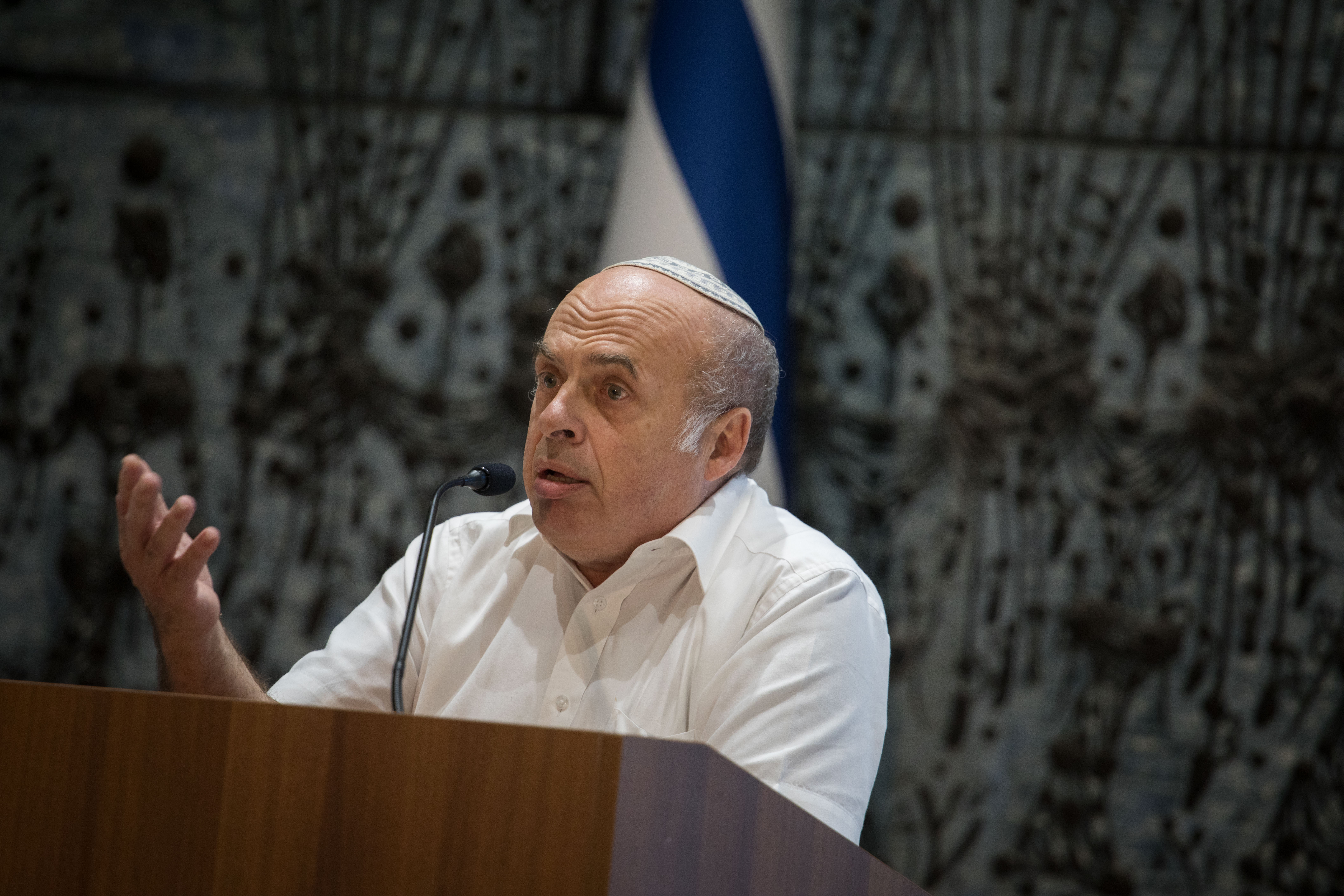 Natan Sharansky speaks during a Limud event ahead of the Jewish mourning day of Tisha B’Av at the Israeli president’s residence in Jerusalem on July 31, 2017. Photo by Hadas Parush/Flash90.

Day 3: “This is the bread of affliction that our fathers ate in the land of Egypt.”

“It’s not ‘this is like the bread of affliction,’ but ‘this is the bread of affliction that our ancestors made as they were fleeing from Egypt; it’s the real thing,” says Rabbi Leora Kaye, who directs programming for the Union of Reform Judaism. “Matzah is plain and genuine, and it’s also fragile. Seeing in the matzah our most genuine self deepens our humility and our empathy for the fragility of ourselves and others, especially this year, empathy for everyone who is struggling. But even though matzah is fragile, it’s also sustenance, so by the end of the day, we need to be careful not to break each other’s spirits, but to sustain each other in loving ways.”

Day 4: “As it is said, you shall tell your child on that day, it is because of this that the Lord did for me when I left Egypt.”

“The purpose of the seder is not to tell the story of Egypt. We all know that story. It’s to ‘pass over’ the deeper narrative underneath the story to our children. The narrative is what’s really going on,” says Charlie Harary, a New York motivational speaker on Torah and personal growth, as well as a radio and TV host, attorney and entrepreneur. “Why is it the child who recites ‘The Four Questions’? To engage them, yes, but really to remind us that our children are waiting for us to connect them, to give our people’s narrative to them. And even more so this year, we have to remember we cried out to God and God saved us not because we deserved it, but because He’s our father and He loves us. This reminds us to keep our heads high and be hopeful because we’re walking with our father, and when you walk with the father, miracles can and often do happen. Our whole history is proof of that.” 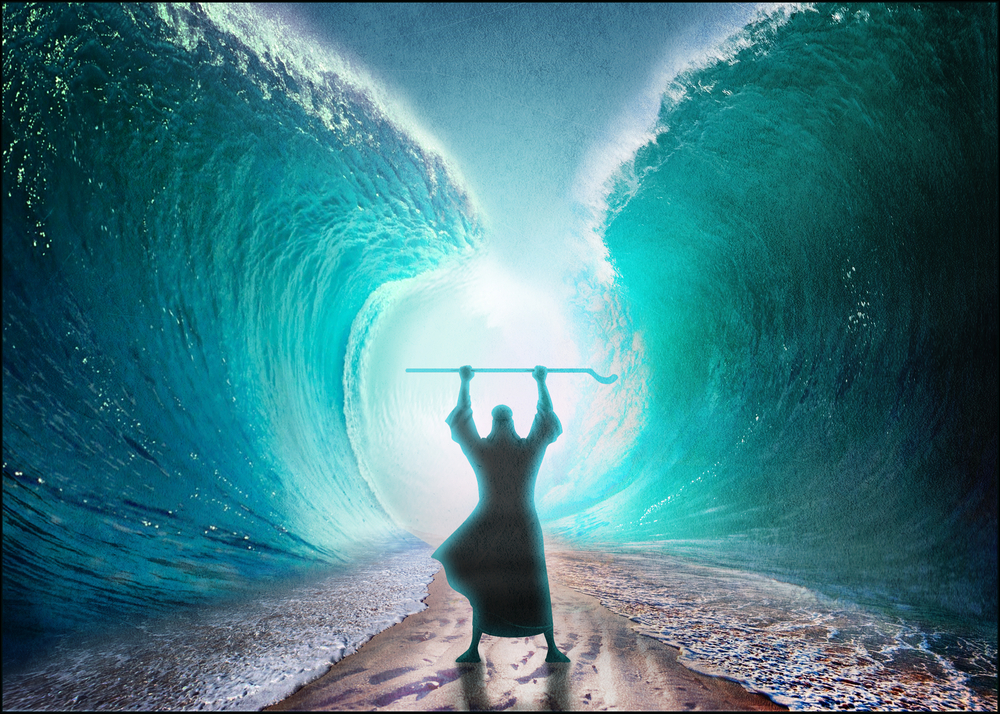 “Why is it so important that Passover is in the spring that Jewish calendar even adds an extra month each year to keep it there?” asks Rabbi Yitzchak Breitowitz, senior lecturer at Ohr Somayach who also teaches elsewhere around Jerusalem. “Each spring, we’re given the gift of signs of new life bursting forth, which the fresh green vegetable—the karpas—is on the seder plate to remind us. And the seder of 2021 will be even more powerful; it’s as if we are entering spring after an entire year of winter, a time of so much narrowness, so much suffering. Now, as we begin to see the early signs of our liberation from the imprisonment of this long winter—a warming and return to life with the first spring blossoms—we as individuals also can have a sense that we, too, can go beyond our own Egypt, our own narrowness and personal boundaries towards liberation and a new freedom.” 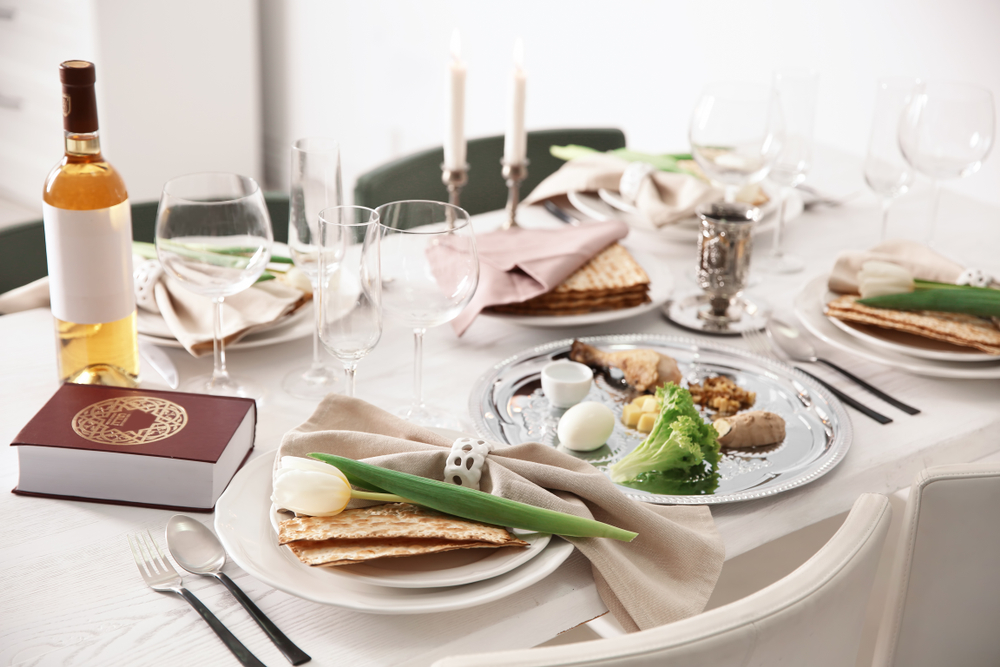 Day 6: “This year we are here; next year in the Land of Israel.”

“Why is this year of the pandemic different from all other years? Why are aliyah applications up more than double in just a year? Many people used to take it for granted that they could leave home and a few hours later be sitting on the beach in Tel Aviv, but this is the first time in 72 years the borders have been closed,” says Marc Rosenberg, vice president of Diaspora Partnerships for aliyah-assistance organization Nefesh B’Nefesh. “Stuck at home for such a long time, people are starting to see Israel as a viable option, especially since they can work from home here, too. They say, ‘We’re looking at our lives and asking where we need to be.’ It’s like, ‘We dreamed about it for someday, but now we’re beginning to wake up and see the dream can be real and that someday can be now.’ ”

Day 7: “These are the Ten Plagues which the Holy One, blessed be He, brought upon the Egyptians, namely as follows: Blood. Frogs. Lice. Wild Beasts. Pestilence. Boils. Hail. Locusts. Darkness. The killing of the First-born.”

“We’re living now in a world where there is a plague, like the tenth one, where the angel of death goes door to door. Our challenge is asking why God is bringing this plague to us now,” says Lori Palatnik, founding director of Momentum and author of Remember My Soul: What to Do in Memory of a Loved One (K’Hal), among other titles. “The only thing we do know is, if when it’s over we go back to the way it was, then this was for nothing. God put the whole world into a ‘time-out,’ and God wants us to learn a lesson. So we have to grow and change from this, to be better people committed to making a better world.”

“I celebrate every seder since 1946 as if I myself had come out of Mitzrayim (Egypt),” says Julius Mazurek, 89, of the Borough Park neighborhood of Brooklyn, N.Y. “I know that’s what we’re all supposed to feel like, but for me, it really happened. That seder night I was 15 and on a train back to Poland with my mother, two older sisters and my older brother. In Russia, we’d baked our matzah weeks in advance since we didn’t know when they would let us go. It was hard to hear the words of the Haggadah over the noise of the train, but once the Russian border guards let us out of the country (after they confiscated our papers and our photographs), we were all so happy. We knew we were on our way to freedom from a terrible life of hunger in Russia. But back in Poland we faced more anti-Semitism—‘What are you doing back here?’ they asked us—so we ended up in an American DP camp in Germany for more than three years because the U.S. authorities wouldn’t let us in, until [President Harry] Truman gave the OK. I’m the only one left of my family, and when I hear the song “Dayenu,” I have another perspective. It really is enough. Survivors don’t consider this pandemic the worst thing in the world; it’s is nothing compared to what we went through. Yes, last year we were locked up at home for a while, but food is always accessible and nobody is looking to kill us now, except maybe the virus.” 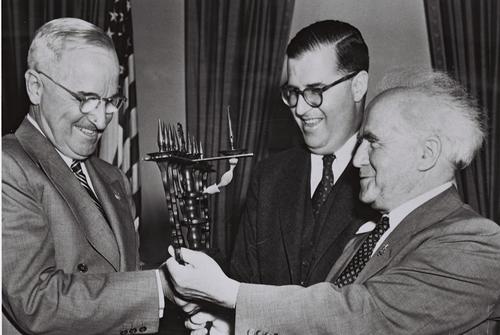 Let all who are hungry come and eat …

In a year that’s forced countless Israelis and others in Jewish communities around the world into poverty, the hard times are exacerbated by the additional costs of Passover, creating a huge strain on thousands. Here is a sampling of organizations working to alleviate the problem by providing the requisites for the holiday.