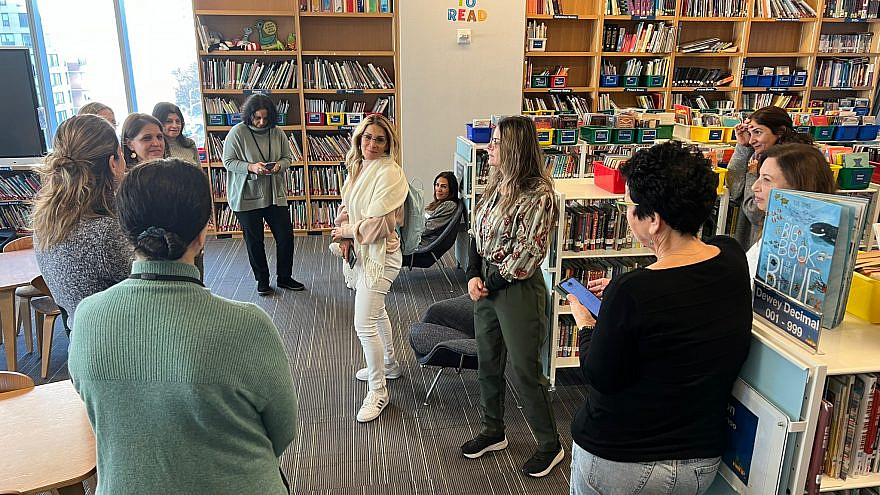 (January 15, 2023 / JNS) For 11 senior educators from TALI schools, the educational track within Israel’s state secular school system that offers non-Orthodox religious education and programming, it was an exhausting, exhilarating week in the Big Apple.

The teachers and principals from elementary, junior and high schools from throughout Israel visited pluralistic Jewish day schools in Manhattan and Brooklyn and met with teachers, administrators and communal professionals. For most, used to being surrounded by Hanukkah menorahs in Israel each December, walking on Fifth Avenue to see Christmas in full display offered an additional eye-opening experience.

The participants, from such cities as Beersheva, Modi’in, Haifa and Jerusalem, have been taking part in a two-year program known as Halleli, a Hebrew acronym for “Introduction to Jewish and Israeli Identity Education.” In year one, the educators focused on text study and cultural literacy to develop a sense of their own Jewish identity and values. In year two, the program focused on Jewish peoplehood and the connection of participants to the world around them.

“Coming here is a chance to be inspired by the creative vitality of the North American Jewish community,” said Dr. Peri Sinclair, the TALI Education Fund’s director.

The trip offered a firsthand look at the similarities and differences between Jewish education at TALI schools and American Jewish schools. 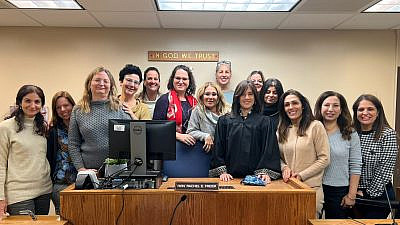 TALI, a Hebrew acronym for “Enhanced Jewish Studies,” opened its first school in 1976 to provide Jewish content and a Jewish studies curriculum to children in Israeli state secular schools. Today TALI provides educational programs and resources to 65,000 children in 200 preschools and nearly 100 elementary schools in diverse communities throughout the country.

The delegation visited such pluralist schools as the Abraham Joshua Heschel School (AJHS) on Manhattan’s Upper West Side, the Hebrew Language Academy Charter School in Brooklyn’s Mill Basin neighborhood, and such movement-affiliated schools as the Hebrew school of the Reform Congregation Beth Elohim in Brooklyn’s Park Slope and the Conservative movement-affiliated Solomon Schechter School of Manhattan, also on the Upper West Side. 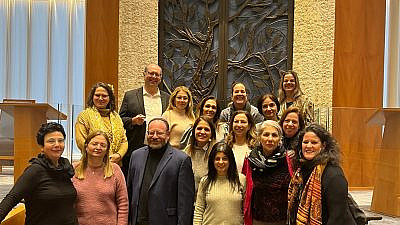 They also visited and met with leaders from Orthodox. Conservative and Reform synagogues and other organizations, including the UJA-Federation of New York, which provided funding for the trip, Lincoln Square Synagogue, Sephardic Bikur Holim and Romemu Center.

At a dinner at the JCC Manhattan on the first night of the trip, participants shared initial impressions (“the staff and children were so chill and quiet!”) and discussed such topics as antisemitism and their understanding of the role of Israel in the lives of the North American Jewish community. Such processing and sharing continued throughout the week.

“This journey expanded and inspired my thinking about Jewish Identity both of Israelis and Americans and made me think about what each side brings to the other,” said Osnat Kor Chen, the vice principal of K’ramim School in Modi’n-Maccabim-Reut.

Avigail Ben Hamu, regional supervisor of early childhood education at the Ministry of Education in Jerusalem, was struck by the diversity she saw in the pluralistic schools. “The beautiful diversity and the communal organization bring different colors and dynamics to Judaism and varied expressions which update, renew and sustain.”

Galia Netzer, TALI coordinator and teacher at Ha’Chita School in Zichron Ya’akov, returned home with a lot to think about. “It stimulates my curiosity and thinking.” She is left struggling with ways to incorporate what she experienced into her work in Israel. “I only wish that we could bring this type of pluralism and tolerance to Israel.”

Meirav Dahan, a pedagogic consultant for TALI, added, “In every meeting I felt that I was meeting and seeing myself.” She began thinking about “how Israeli society is too traditional and conservative.”

“The freedom to self-define oneself is a value that we need to fight for,” she said.

Sinclair was pleased with the informative albeit exhausting trip.

“I wanted everyone to see what else is out there and go home and ask, ‘How do we provide for as broad of a perspective as possible.”

Sinclair has extensive experience in the Conservative and Masorti movements in both Israel and the U.S. She is a graduate of the TALI School in Hod Hasharon and a proud alumna of the Israeli Conservative movement’s Noam Masorti Youth group. She has spent 15 summers in senior staff positions at Camp Ramah in the Berkshires and received her M.A. in Jewish Education from JTS’s Davidson School of Education and her doctorate in Midrash from the Jewish Theological Seminary.