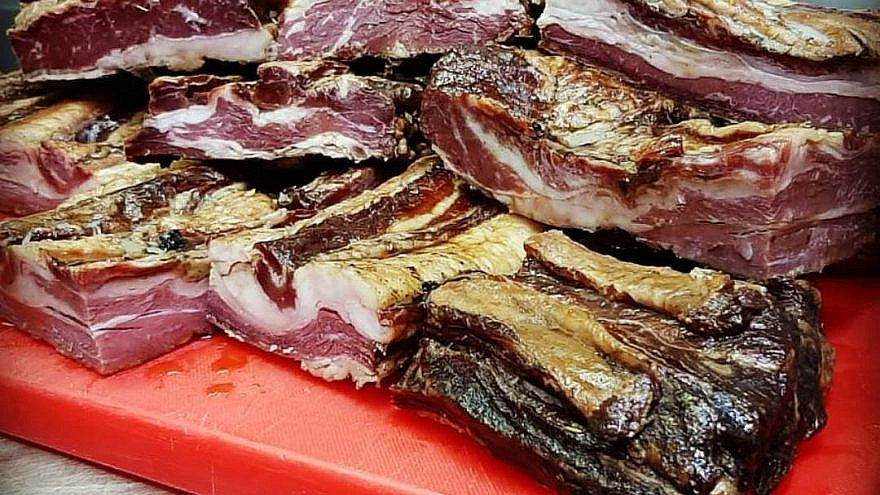 (May 20, 2021 / JNS) Crave Gourmet Street Food, a kosher restaurant in Jerusalem’s Machane Yehuda market, told its customers last month that it would be changing the name of its famous lamb bacon to “facon” in accordance with a recent decision by the Chief Rabbinate, or Rabbanut, Israel’s governing body on religious aspects of life such as the kashrut of food, marriage and conversion.

“When we founded Crave four years ago, our mission was crystal-clear: to create a high-end kosher kitchen offering Israelis exposure to flavors generally found in non-kosher kitchens,” the Mehadrin (strictly kosher) restaurant wrote on their social media.

On its menu are items like lamb bacon and vegan cheese with other Jerusalem restaurants having followed suit by using vegan cheeses on their kosher burgers, as well as serving beef or lamb bacon—the latter a fan favorite that can be found on Crave’s BLT sandwich, several burgers or ordered as a side dish.

Though Crave has been under the Rabbanut’s supervision since its opening with lamb bacon on its menu, co-owner Yoni Van Leeuwen told JNS that the change was requested suddenly, as the Rabbanut became aware that “there is such a thing called bacon and that usually people think of bacon as pork.”

“We call our bacon ‘bacon’ simply because that’s what it is. The term bacon refers to a process, not a specific piece or cut of meat,” the restaurant retorted. “Crave bacon is the least ‘facon’ there is. Our bacon is the most authentic, tastiest and most lovingly prepared bacon there is. And yes, it’s super kosher.”

After meeting with the Rabbanut—equipped with research on the topic and a Webster dictionary definition, and aiming to convince them that the word “bacon” was not problematic as “you can make bacon with mushroom, soy, lamb, turkey, duck, goose and more”—Van Leeuwen said that he was told that “there’s a halachah that you are supposed to keep distance from something even similar to things that are not kosher.”

“It was insulting … the Rabbanut is overstepping its boundaries and legal authority,” said Van Leeuwen, though acknowledging that “we have no desire to go fight them, as we are reliant on their teuda (kosher certification) and a large percent of our customers are religious and some percent might not eat here if we used an alternative kashrut certification.”

Indeed, Rabbi Shmuel Zemelman, kashrut supervisor and head of the Rabbanut’s Jerusalem Kashrut department, explained to JNS that the Rabbanut only learned about the word “bacon” when they received “sharp complaints from foreigners, who asked us how we could give a hechsher to a place that uses the word bacon. … They were in utter shock, because bacon is pork, and called it disgusting.” 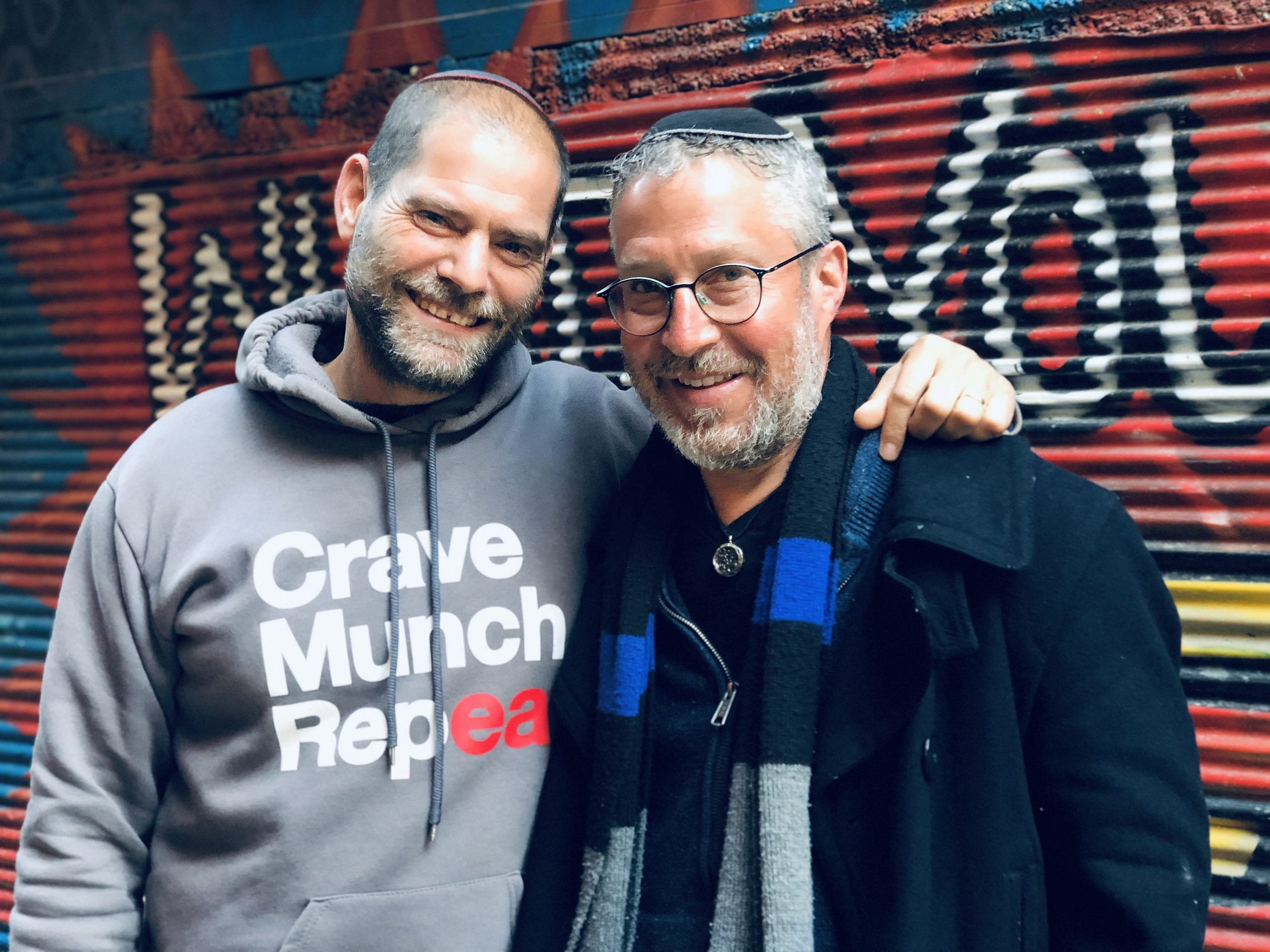 The Rabbanut perceives it as a serious and existential matter when a Jew doesn’t want to eat at a kosher restaurant, maintained Zemelman. So “we decided to explore the topic and the rabbis from the religious sector said that you can’t use the word bacon—the Torah and the sages said that we can’t use unclean language, and bacon is an unclean word.”

Though acknowledging the fact that bacon can refer to the process, some “99.9 percent of people associate bacon with pork, and even when you translate it to other languages, the translation is problematic and halachically misleading,” he said.

“We also sent a notification that we don’t allow there to be any meat with cheese on the menu unless it’s clearly stated that it’s pareve vegetable cheese or tofu cheese,” continued Zemelman, though he did not answer why the same specifications for not using the word bacon wouldn’t also be applied to cheese.

Zemelman continued to argue that the play on words is intended to be funny and light, and that they prefer to make the content of products as clear as possible and not play into the semantics.

However, the chefs respond that semantics is a big deal in words used for food, and that to change the word is inaccurate and offensive to their work.

“Bacon is a process of curing and smoking meats; there is no other accurate term to describe the process,” said Van Leeuwen.

‘Roll with the punches’

Less than a mile away from Crave, Sam Notovitz, general manager and head chef of another Jerusalem restaurant, Harvey’s Burger Shack, similarly told JNS that in the United States, where he and many of his customers are from, “facon” is a “vegan version of bacon,” rather than a non-pork meat alternative, which Zemelman acknowledged.

“From my perspective as a chef, bacon is a process and style of curing meat—not necessarily pork—to dry cure and process the meat to increase its longevity and flavor,” explained Notovitz, relating that the change was an unfortunate surprise to him as well. While he was going through the process of renewing his Rabbanut kosher certification, he was told that his asado beef bacon would need to be renamed. 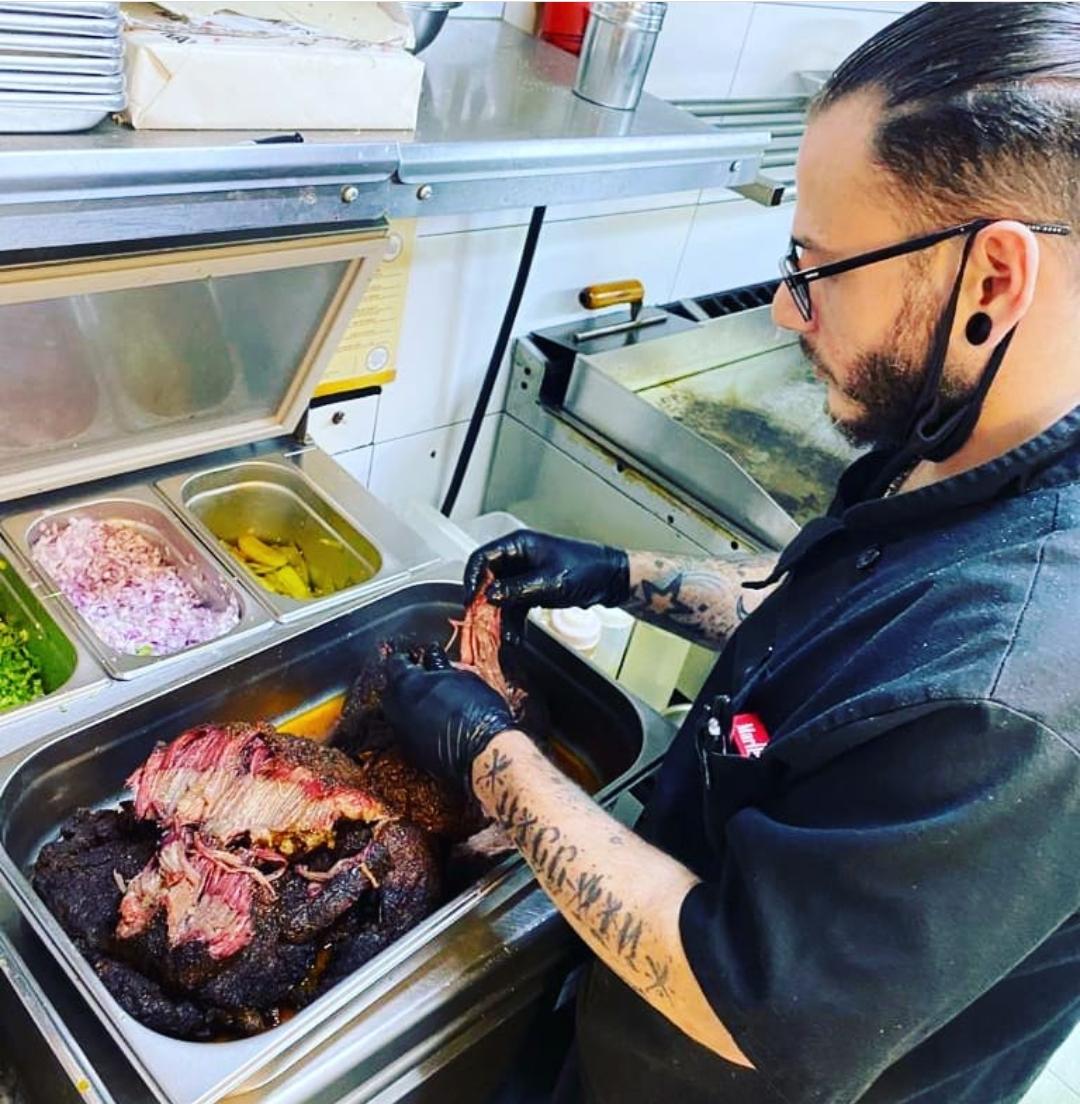 “Both the owner and I were ticked off at first, because we just had our new menus printed, which cost both money and time with absolutely no notice—and they weren’t able to give a clear understanding why we couldn’t call it beef bacon—but we are under the duress of these guys, so we chose to rename our bacon to B(F)acon.”

Though Notovitz did not fully understand the Rabbanut’s decision to rename meat that clearly stated that it was beef, he and the owners chose to comply with the orders, which he said would otherwise be a “losing battle.”

Both Notovitz and the owners of Crave noted that they have good relationships with their Rabbanut mashgichim (kosher-food supervisors) and are satisfied with the service that they provide.

“We don’t have a problem with the Rabbanut, and in the restaurant industry, you need to pick and choose your battles; roll with the punches,” said the head chef. “In this day and age after coronavirus has hit hard … we are trying to stay in business, produce quality food and make our customers happy, and if that means we need to put a letter in front of bacon, that’s what we need to do.”