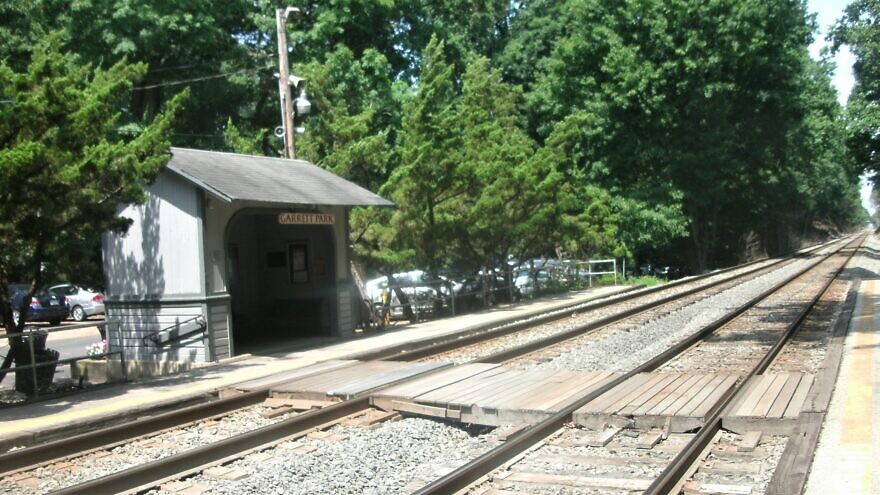 (June 8, 2022 / JNS) Less than a week after a swastika and anti-Semitic messages were posted on a bus stop near an Orthodox synagogue in Silver Spring, Md., similar vandalism was discovered on Tuesday at a train station in nearby Garrett Park.

Images tweeted by the Jewish Federation of Greater Washington showed swastikas, “white power” and the “N”-word spray-painted with white paint on the ground and multiple surfaces in the small, historic, unattended train station at the Garrett Park stop of the Maryland Regional Commuter Rail (MARC) right outside of Washington, D.C.

Gil Preuss, CEO of the Jewish Federation of Greater Washington, said the agency is disturbed by the act of hateful, anti-Semitic vandalism.

“As anti-Semitism continues to rise in our community and across the United States, Federation and the Jewish community stand strong and resilient in the face of hatred in all forms,” Preuss said in a news release. “We continue to work with our security team and local police to monitor incidents like this and keep our community safe.”

The previous incidents on June 2 included paper fliers with swastikas and anti-Semitic messages posted at a bus stop across the street of Young Israel Shomrai Emunah of Greater Washington Synagogue and a flier posted on an ice chest outside of a kosher supermarket.