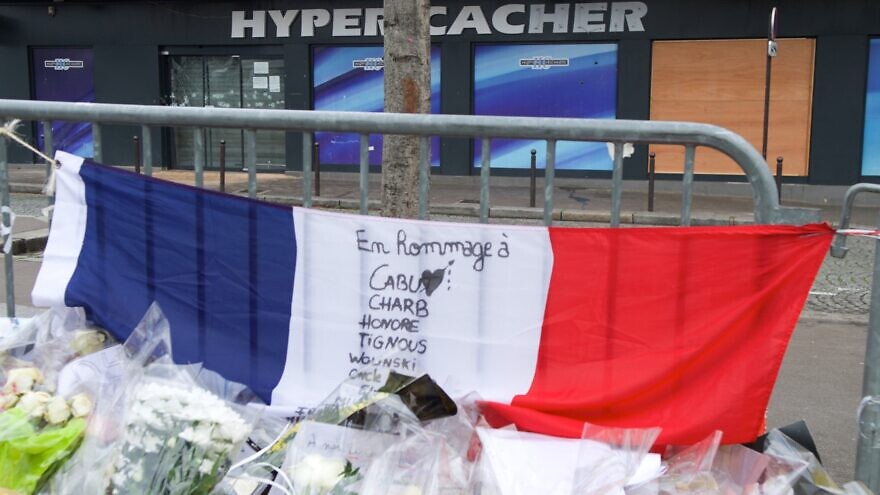 (September 2, 2020 / JNS) The trial for suspects of the 2015 terror attacks against the Paris-based Charlie Hebdo satirical newspaper and the Hyper Cacher kosher market began on Wednesday.

“Since 2012, terrorism capitalized on the prevailing delinquency there is around these terrorists. They are not second fiddles; they are full accomplices. You know, when you provide a weapon it’s not to go and party,” said Samia Maktouf, a lawyer for one of the attack survivors, the AP reported.

Thirteen men and a woman are being charged with the murders that killed 17 people. The three shooters were also killed.

Those on trial have been accused of aiding the logistics that included buying weapons and cars. Most of those charged claimed that they thought they were aiding in a regular crime and not murder.

The woman suspect and two others are being tried in absentia after they fled to join ISIS, the Islamic State, noted the report.

The trial is being held under high security in France’s terrorism court.

The latest issue of Charlie Hebdo reprinted the caricatures of the Islamic prophet Muhammed that the attackers said was behind their murder of staff at the publication.

Patrick Klugman, a lawyer for the hostages at the kosher supermarket was quoted by the AP as saying that the anti-Semitic nature of the attacks was not mentioned as much as that of the need for free speech.

“I want to discuss a word, a word that has disappeared from this procedure: anti-Semitism. When you attack a kosher market, you are hitting people in their daily lives, their culture, their rituals … they knew that on this day, they were hitting Jews at the most sacred, most familial moment of the week.”