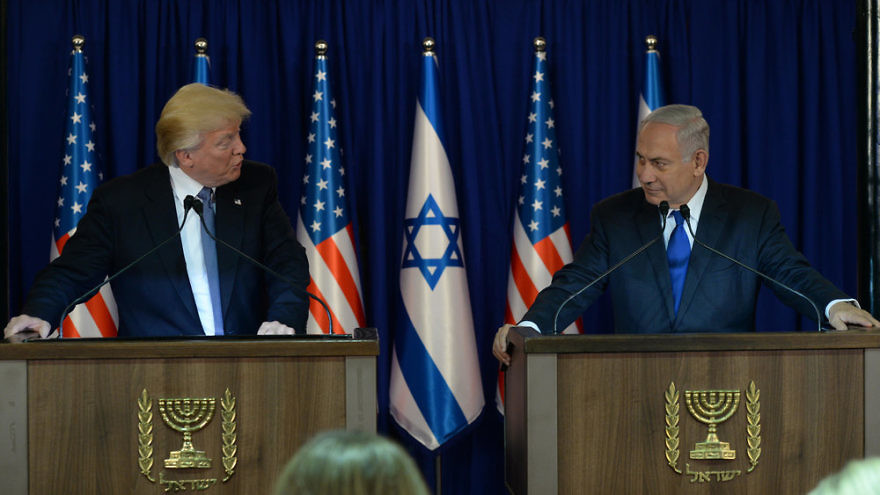 (January 18, 2018 / JNS) President Donald Trump said he does not expect the U.S. Embassy in Israel to move from Tel Aviv to Jerusalem within a year, contradicting comments made by Israeli Prime Minister Benjamin Netanyahu on Wednesday.

“By the end of the year? We’re talking about different scenarios—I mean obviously that would be on a temporary basis. We’re not really looking at that. That’s no,” Trump told Reuters.

Last month, Trump announced America’s recognition of Jerusalem as Israel’s capital and his intention to move the embassy to Jerusalem. Netanyahu, during his visit to India this week, told reporters, “My estimation is that the U.S. embassy move will happen faster than we think. Within the span of a year—that’s my educated guess.”

Trump said the U.S. would “a beautiful embassy but not one that costs $1.2 billion,” referring to the cost of the new American embassy in London