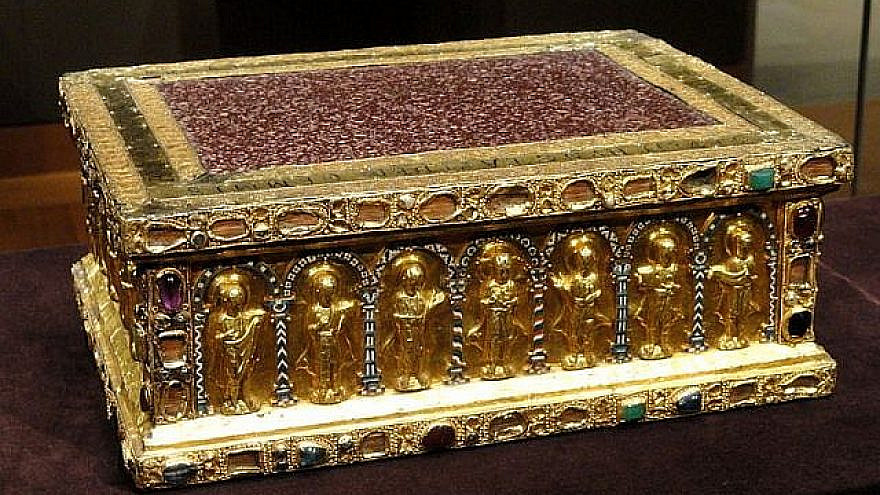 (December 10, 2020 / The Jewish Journal) A U.S. Supreme Court case that began on Dec. 7 will determine if American Jews are able to recover art that was part of a forced sale to the Nazis.

The case, Federal Republic of Germany v. Philipp, centers on the Guelph Treasure, a collection of Medieval-era Christian art, The Los Angeles Times reported. A group of Jewish art dealers purchased the collection in 1929, but were forced by the Nazis in 1935 to sell the art to the Prussian State Museum for about a third of its value. Most of the collection has resided in Berlin’s Bode Museum since 1963.

The plaintiffs, who include the grandson of Saemy Rosenberg—the man who sold the art—as well as two other heirs to the collection, argue in their lawsuit that Germany is required under international law to return the art to them. They claim that the forced sale amounted to a “genocidal taking,” because at that time, Jews in Nazi Germany were being persecuted and couldn’t properly negotiate the sale.

Germany has argued that the sale was legitimate and that the lower value of the 1935 sale was the result of the Great Depression.

Nicholas O’Donnell, one of the lawyers representing the plaintiffs, told the Journal that an appraisal of the art on behalf of his clients suggests otherwise, and that the Nazis were open about obtaining it for less than it was worth.

The Trump administration has sided with the German government on the matter. O’Donnell said that the administration’s brief to the court implies that international law only applies to property seized from aliens.

“Even if you applied that rule, we win, because, as a matter of undisputed historical fact, Nazis treated Jews under the law as aliens,” he said. “They declared them from Day One as non-Germans.”

O’Donnell added: “It is outrageous that the United States has done this and it will be to the enduring shame of everyone involved.”

Jed Lieber, a Los Angeles-based musician who is Rosenberg’s grandson, told the Journal that he is been trying for decades to get his grandfather’s art back as a means of preserving his family’s history. After the 1935 sale, Rosenberg and his family fled Nazi Germany to Amsterdam and then to London, before settling in New York City.

“The Supreme Court hearing was very emotional for me,” said Lieber, calling the fact that he has reached this point in his decades-long quest to retrieve the art “a huge accomplishment.”

“But in coming away from that, I had huge disappointment that the United States, who is proud of what they call the Greatest Generation … are now defending Germany’s position in this case,” said Lieber. “My disappointment is not something I can verbalize at this time.”

JTA reported that the Dec. 7 hearing, which involved oral arguments, featured the United States arguing that the Foreign Sovereign Immunities Act prevents disputes with foreign governments from being litigated in the United States, and that the case should be heard in front of a German government court instead.

The plaintiffs have argued that the law in question has an exception for “property taken in violation of international law,” according to JTA. During the hearing, Chief Justice John Roberts, as well as Justices Neil Gorsuch and Elena Kagan, questioned the Trump administration’s argument.

Simon Wiesenthal Center associate dean and social global action director Rabbi Abraham Cooper said in a statement to the Journal, “Everything about this case is deeply disturbing. The arrogance of the German government who has the audacity to depict the Nazi expropriation of Jewish held art treasure as a legitimate ‘sale.’ The outrage that U.S. government would depict this as a normal ‘domestic matter’ when the brutal history of the Third Reich proved the opposite. And the collusion of museums and art collectors on both sides of the Atlantic to overwhelmingly remain silent in cases involving art impacting by Nazi anti-Jewish policies. We can only hope that U.S. Supreme Court will set this case and history right.”

The German embassy in Washington, D.C., told the Journal that it could not comment on the case since it “is still ongoing.”