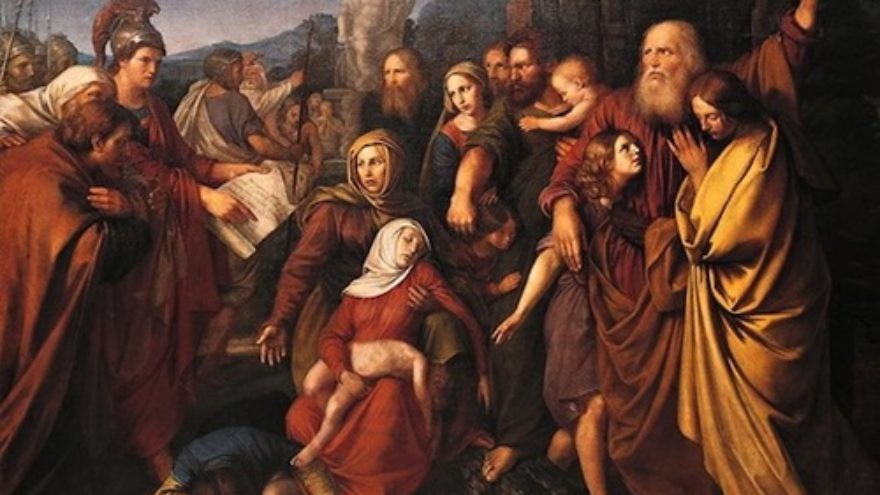 You’ve probably been hearing about the Maccabees since you were kid, and if you’re like me, there’s a good chance that the way you imagined them in preschool is how you still picture them: A troop of five loyal brothers, lean, bronzed, and bearded, and their aged but still vivacious father, swords on their hips, spears in their hands, taking down an entire army of enemy soldiers piece by piece by being bold and sneaky, like Benjamin Martin in “The Patriot.” The real story of the Maccabees is not quite as action-movie-esque, but still quite interesting and exciting.

So who exactly were the Maccabees? According to 1 Maccabees, a historical work written in Greek and considered sacred by the Catholic church, but not by Protestant or Jewish authorities, Maccabeus was the surname of Judah, the third son of the priest Mattathias.

Mattathias had five sons according to this account, each with their own last name: “In those days Mattathias the son of John, son of Simeon, a priest of the sons of Joarib, moved from Jerusalem and settled in Modein. He had five sons, John surnamed Gaddi, Simon called Thassi, Judas called Maccabeus, Eleazar called Avaran, and Jonathan called Apphus.” (1 Mac 2:1-5, RVS). The origins of these names are not clear to scholars, but the common literary explanation is that they represent personal attributes. Maccabee is thought to mean “hammer,” recalling Judah’s aggressive war tactics; Avaran can be translated as “the piercer,” referring to Eleazar’s having killed an elephant later in the text (Source: NET Bible Dictionary).

In defiance of a Seleucid decree that all Jews must offer sacrifices to Greek gods, Mattathias is said to have killed one or more royal officials and then retreated with his sons and early followers into the Judean hills. Judah was selected to succeed Mattathias as the leader of the rebellion, and so ancient historians applied the name Maccabee to the whole corps. Simon and Jonathan were his generals, and both play notable roles in the narrative. The sons of Mattathias, and especially the line of rulers that descended from them, are also often referred to as Hasmoneans, a name associated with Mattathias that likely refers to one of his ancient ancestors or a place of family origin.

Just how small was the Maccabee force? Historian Bezalel Bar-Kochba, in his book “Judas Maccabeus,” presents a thorough analysis of the available textual evidence demonstrating that the authors of the Maccabees books tended to exaggerate differences in manpower between the two armies, so as to make the Jewish victory seem all the more miraculous. According to his calculations, though the Seleucid army was indeed two or three time larger than the Jewish militia, at certain points Judah commanded as many as 22,000 trained men,–hardly the gritty band of brothers found in the picture books.

The story of Maccabean leadership begins with the revolt recounted in the Hanukkah story but continues well into Jewish history. After Judah’s initial success in capturing and rededicating the temple in Jerusalem, he continued his campaign to remove the Seleucid-Greeks from Israel and also conducted raids on neighboring nations with whom Jews had historically hostile relations. However, his good fortune did not last all that long. Joseph Sievers, in “The Hasmoneans and Their Supporters,” explains that through a combination of casualties, desertion, and political schisms, Judah lost much of his popular support by the end of his life. Significantly, he was killed in battle when ambushed by Seleucid forces and then abandoned by the majority of his men.

Judah was succeeded by Jonathan, and then subsequently Simon, as the leader of the Hasmoneans and their supporters. It was Simon who managed to establish a royal Hasmonean dynasty beginning with his son John Hyrcanus in 140 BCE, his descendants maintaining political and religious control over Judea until it fell under Roman jurisdiction. A civil war between two Hasmonean princes at that time resulted in the Roman authorities selecting Herod the Great to be their royal proxy in 37 BCE, bringing a century of Maccabean rule to a close.