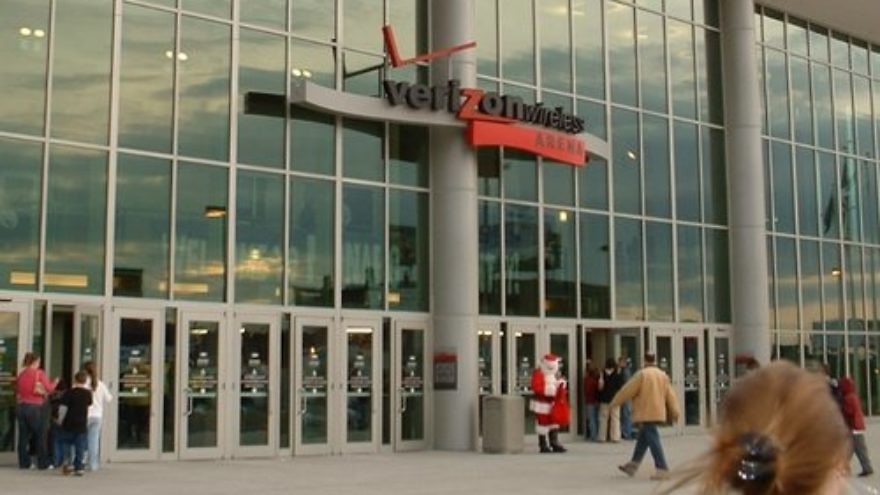 (April 14, 2017 / JNS) When Mark Rosenblatt touched down at Ben Gurion Airport in Tel Aviv April 5 and powered on his cell phone, he got the surprise of his mobile technology life.

“I did a double take,” said Rosenblatt, a high-tech consultant from Edgemont, N.Y. He had traveled to Israel to see his daughter, who is studying in a master’s degree program at Bar-Ilan University.

“I was shocked that an American company was falling into some BDS rhetoric,” Rosenblatt said.

According to the most recent study of the wireless market by the research firm Strategy Analytics, Verizon was America’s largest cell carrier at the end of 2016.

Verizon spokesman Scott Charlston told JNS.org in a statement that Ben Gurion Airport “is close to the Israeli border [with the West Bank] and there are cell sites and wireless signals from different providers on both sides. In general, customers living in or visiting border areas occasionally receive a wireless signal from a cross-border provider. When powering up or leaving airplane mode, the phone connects to the strongest signal available at the time.”

Charlston also pointed to a similar situation in 2015 involving T-Mobile, in which a customer from the Philadelphia area was greeted with a “Welcome to Palestine” message when he turned on his cell phone in Israel, the Jewish Exponent reported at the time.

To Rosenblatt, that’s not an acceptable answer.

“Most of Israel is close to a border,” he said. “Verizon should be able to handle this challenge, it has to happen all the time. I’d like to hear Verizon admit that it can do better and then do better.”

Andrea Levin, executive director of the CAMERA media watchdog group, said that private corporations “should get their facts straight like anyone else. There is no state of Palestine. If the Palestinian Authority (PA) were to agree to two states for two peoples, that might be a possibility, but PA President Mahmoud Abbas has repeatedly said no. Why is Verizon pretending otherwise?”

Verizon did not specify to JNS.org why the company recognizes “Palestine” as a location.

In 2012, the United Nations granted the Palestinians “non-member observer state” recognition, entailing basic but limited participation in the activities of the U.N. General Assembly. Yet Shimon Mercer-Wood, a spokesman for the Consulate General of Israel in New York, explained that no Palestinian political entity meets the requirements specified in the Montevideo Convention on the Rights and Duties of States, a treaty establishing the criteria for statehood under international law.

The Montevideo Convention, signed in Uruguay in December 1933, entered into force one year later. For the Palestinians to claim they qualify for statehood under international law “is a violation of the Oslo Accords, which stipulate Palestinian statehood is subject to final status negotiations,” Mercer-Wood told JNS.org.

“I can only hope the information in the monthly bills they (Verizon) send their subscribers is more accurate,” he said.