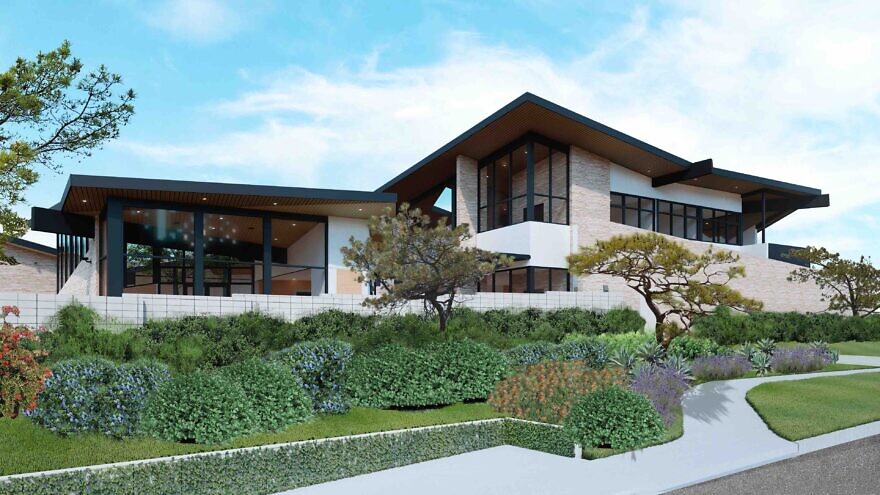 According to David Michan, a past president of Hillel of San Diego who chairs the building committee and oversees the project, the 6,500-square-foot state-of the-art facility has been designed to meld with the surrounding community—encompassing two single-story buildings and one two-story structure, all clustered around a central courtyard.

“This is a momentous day for us,” he said. “After 20 long years we are thrilled to celebrate the grand opening of this vital and dynamic hub of student life, an important testament to the Jewish community’s resilience and perseverance.”

San Diego Mayor Todd Gloria added the new center is an important symbol of justice and connectivity for the community. “With antisemitism on the rise nationwide, the Hillel Center is a crucial connector to UC San Diego and the region overall, building bridges and fostering a sense of community while enabling students of all backgrounds to connect on multiple levels.”

Situated on just under one acre, the facility will serve as a foothold for UC San Diego students, hosting Jewish holiday experiences and Jewish learning and community activities—with flexible spaces designed for student programs, meetings, one-on-one mentorship and religious services.

Primary components of the new center include a large multipurpose room for dining, social events and performances; a lounge that transitions into a sanctuary; study rooms; and outdoor activity terraces, which provide more space for socializing and connecting.

Interactive highlights include the wisdom wall, an art display featuring student faces and stories; a kosher kitchen where students participate in hands-on programs; and an expansive space housing the headquarters for over a dozen campus Jewish student organizations as well as staff offices.

According to Karen Parry, executive director of Hillel of San Diego, The Glickman Hillel Center will also supply basic resources, including food access and showers for students in need as well as provide an important gathering place for the entire community, with other organizations utilizing the space for Jewish cultural programming.

Michael Paluso, managing principal of project architectural firm M.W. Steele Group, said the new center meets strict sustainability standards and was built to an estimated LEED® Silver equivalent with solar energy meeting 30 to 50% of onsite energy demand and optimized water conservation systems. “Additionally, the scale and character of the project were intentionally designed to blend with and complement the adjacent residential community,” Paluso said. The new center also has strong security—implemented amidst the surge of threats against Jewish facilities across the country.

The facility’s genesis dates back to 2000, when Hillel of San Diego was awarded exclusive rights to purchase the property from the City of San Diego. Since 2001, Hillel of San Diego has been working with the city and the community to develop the project, which gained unanimous approval from the San Diego City Council in 2017. The project’s groundbreaking was held in September 2021, with construction completed on time and within the budget.

Originally funded by a $5 million pledge from the late philanthropist Joseph “Chickie” Glickman and his wife Beverly, Hillel of San Diego has since raised significant contributions and pledges to further fund the project. Currently, Hillel is within $300,000 of closing its $18.7 million capital campaign. An additional $500,000 challenge match has been made by Joan and Irwin Jacobs who will match all incoming donations to help close the campaign.

As a result of successful and concerted fundraising efforts, Parry said, “The center will be a beacon of light for the whole community and serve as the hub of Jewish life for the next generation, leading to deeper connections across diverse campus communities. Thousands of young people will be empowered to do good in the world through Hillel.”

In addition to Beverly and Joseph Glickman, major donors to the facility include Joan and Irwin Jacobs, The Melvin Garb Foundation, Jerri-Ann and Gary Jacobs and family, Sandy and Arthur Levinson, Julie and Lowell Potiker, Elaine Galinson and Herb Solomon, Karen and Jeff Silberman, Andrew Viterbi, Phyllis and Dan Epstein, Lee and Frank Goldberg, Wayne and Naomi Harris, the Shekhter family, Carole and Jerry Turk, the Wax family, the Chortek Weisman family, Hanna and Mark Gleiberman, Amy and Adam Jacobs, David and Rashel Michan, Carlos and Esther Michan, Ernest and Evelyn Rady and many others. 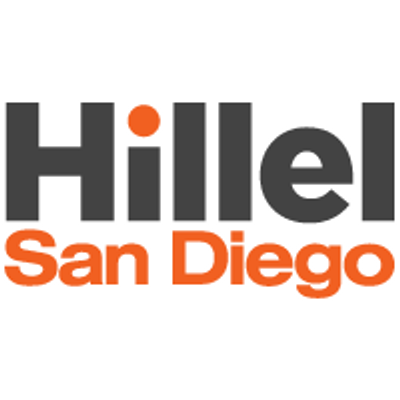 Hillel of San Diego
Hillel of San Diego encourages students of all backgrounds to form deep, personal connections to Jewish life, learning and Israel. Hillel enriches the lives of students so that they may enrich the Jewish people and the world. To learn more about Hillel of San Diego, go to www.hillelsd.org. .
Publish your organization's press release on JNS Wire
Releases published on the JNS Wire are communicated and paid for by third parties. Jewish News Syndicate, and any of its distribution partners, take zero responsibility for the accuracy of any content published in any press release. All the statements, opinions, figures in text or multimedia including photos or videos included in each release are presented solely by the sponsoring organization, and in no way reflect the views or recommendation of Jewish News Syndicate or any of its partners. If you believe any of the content in a release published on JNS Wire is offensive or abusive, please report a release.
Never miss a thing
Get the best stories faster with JNS breaking news updates