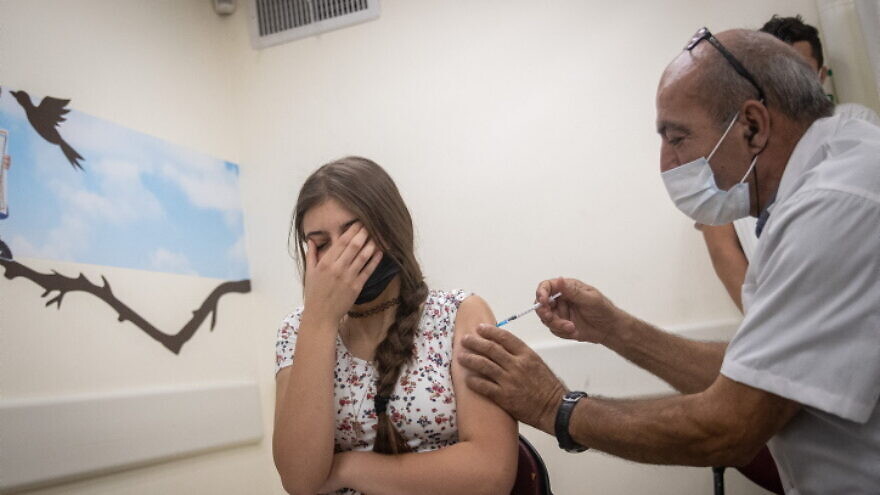 The findings suggest that different doses of the vaccine for men and women should be explored, the researchers said.

The study was conducted by a team of scientists from the School of Public Health at the University of Haifa using data from four sources: the Israeli Ministry of Health database of adverse events, the national cross-sectional survey based on an Internet panel and two different cross-sectional surveys among employees of a large company. The data was collected between December 2019 and September 2021.

Specifically, the researchers found that women reported side effects following the first, second and third vaccines at a rate 1.9 times higher than men.

“The highest frequencies of side effects reported among all the participants were those following the second vaccination,” a release on the study said. “The side effects were generally mild, including pain at the vaccination point, fever, headaches, weakness and paresthesia [a burning or prickling sensation] in the arm.”

Other findings included that women experienced a greater rate of pain in their entire arm: seven times higher than that of men for the first shot, 4.2 times for the second and 4.1 for the third.

Weakness was 30 times higher for women than men after the first dose, 2.6 times after the second and 1.6 after the third. Lead researcher Professor Manfred Green explained to JNS that the 30% is a result of the small sample size: one male experienced weakness compared to 23 females, according to the data.

Women also experienced headaches at a rate of nine times higher than men after shot one, 3.2 times after two and 2.45 times after the third shot.

“We don’t know what mechanism is involved, but it may be related to differences between the sexes in the immune system or in the perception of the side effects,” said Green. “One possibility is that the immune system in women responds more strongly than in men to foreign antigens.”

The researchers noted that the data collection methods were different among the sets, which should have reduced potential bias resulting from selective reporting by gender.

“Thus, there appears to be good evidence that the increased risk of adverse events in women following immunization with the Pfizer-BioNTech COVID-19 vaccine is real and not simply a reporting artifact,” according to the release.