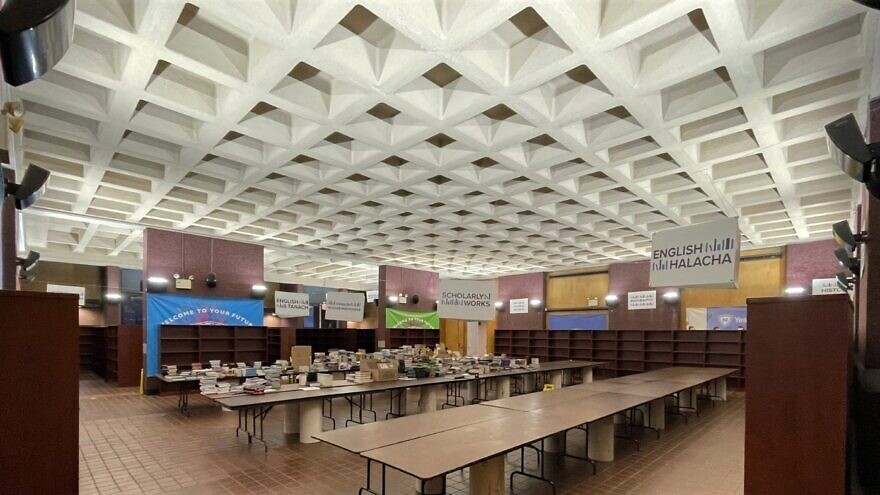 (May 10, 2022 / JNS) Yeshiva University has secured a $1 million federal grant to renovate Weissberg Commons, a central gathering place on its Wilf Campus in the Washington Heights section of New York City.

The grant is part of the $1.5 trillion U.S. government spending bill signed into law in March.

The funding project is a historic omnibus appropriations agreement that responds directly to some of the most pressing needs in Washington Heights, Inwood, Harlem, East Harlem and the Bronx.

Money will be used for structural improvements in the multipurpose event space in Belfer Hall, including upgrading acoustics and lighting, and modernizing audiovisual equipment.

Throughout its history, the commons has been used for educational, political, public health and religious programming for the school and its neighbors.

It has hosted Manhattan Community Board 12 meetings, served as the site for science programming for public-school students through YU’s START Science and, most recently, served as a vaccination hub in the fight against the coronavirus. It also hosts many student events, such as the Seforim Sale—the largest Jewish book sale of the year on campus.