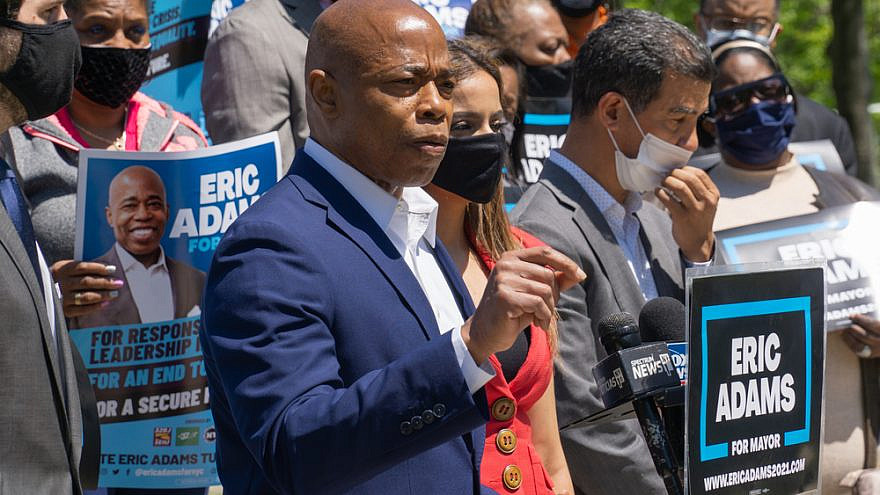 (November 3, 2021 / JNS) Addressing supporters with a “heart filled with hope purpose and love for this city,” Eric Adams accepted his win as New York City’s mayor-elect with a nod to strong support from the Orthodox Jewish community, especially in Brooklyn, N.Y.

Adams, a Democrat, received 66.5 percent of the vote to Republican Curtis Sliwa, 67, founder of the Guardian Angels, who won 28.8 percent with nearly 78 percent of precincts reporting as of Wednesday afternoon.

In the district that includes the Crown Heights neighborhood—home to the Chabad-Lubavitch movement—Adams, 61, trounced his opponent, receiving 15,340 votes to 1,503 as of press time.

“Congratulations and mazel tov to my friend and loyal friend of Crown Heights, the one and only mayor-elect” Eric Adams, posted Rabbi Chanina Sperlin, executive vice president of the Crown Heights Jewish Community Council Governmental Affairs, on Twitter. “Eric is an incredible leader, trusted and loved by our community. Beyond excited for him to lead NYC to a new phase of growth and prosperity.”

Speaking to JNS, Avi Lesches, a community resident and activist, was an early proponent of Adams and was on hand Tuesday night to help Adams celebrate his win.

“Eric got strong support from the Orthodox community leading up to the primary with Crown Heights being the first official community to endorse him,” said Lesches. It was followed by endorsements by Orthodox leaders in other Jewish communities including Flatbush in Brooklyn and Far Rockaway in Queens. 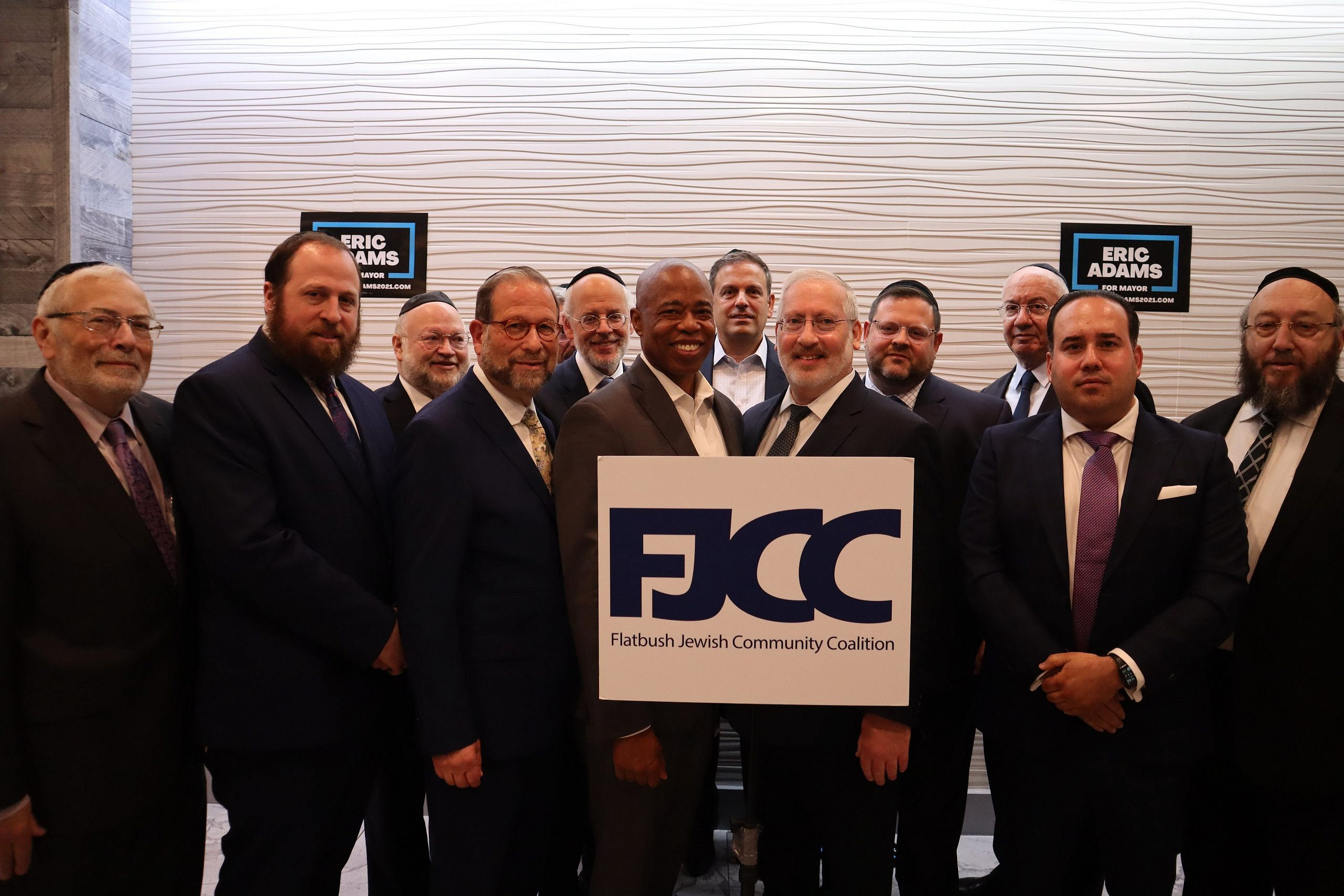 Rabbi Yeruchim Silber, director of New York government relations for Agudath Israel of America of the Agudath Israel, told JNS that the organization “has had a longstanding relationship with Adams from both his days in the state senate and as Brooklyn borough president. We look forward to working with him and his administration as he assumes the mayoralty.”

Adams also had the endorsement from one of two segments of Satmar Chassidim based in the Williamsburg section of Brooklyn, whose leadership is split between two factions. (The other endorsed Adams’s challenger, Andrew Yang, during the Democratic primaries.) Despite that initial split, Adams beat his Republican challenger in and around Williamsburg.

On the Twitter page of Satmar headquarters, the Chassidic group congratulated Adams, writing “mazel tov” to the mayor-elect.

‘Once we move forward, we will never go back’

Sliwa did have some success in other Jewish neighborhoods, including parts of the heavily Chasidic Borough Park and adjacent Midwood, where he won 5,917 to 4,226. He also won in Assembly District 45, which includes parts of Midwood, Sheepshead Bay and Brighton Beach, and has both Russian and Sephardic Jewish populations.

Speaking to all New Yorkers, Adams said on Tuesday night that “this is our moment. This is our opportunity. … In four years, this city is never going to be the same. Once we move forward, we will never go back.”

“So, tonight, I have accomplished my dream,” he said, “and with all my heart, I’m going to remove the barriers that are preventing you from accomplishing yours.”

Lesches is optimistic that Adams will usher in a stronger relationship with the Orthodox Jewish community than his predecessor and current mayor, Bill de Blasio.