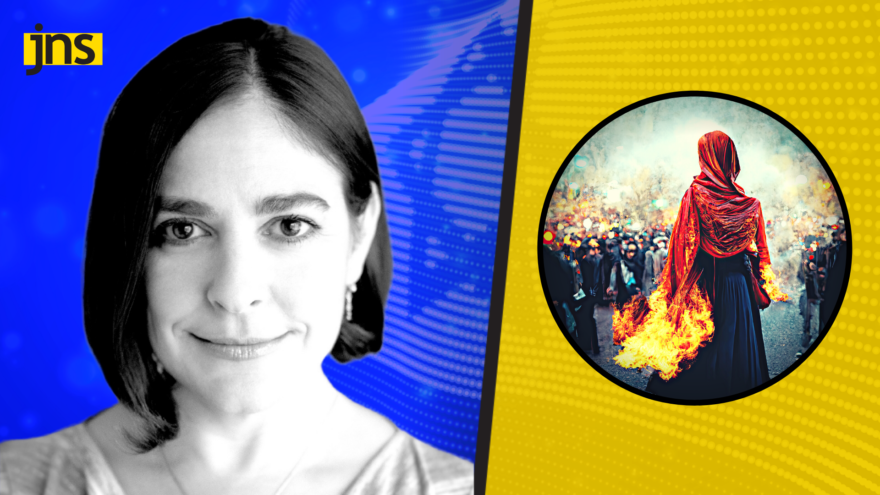 (October 3, 2022 / JNS) The demonstrations in Iran have now entered a third week. How worried are the Iranian authorities? How is this wave of protests different from those in the past? And what needs to happen for the demonstrations to become a revolution and overthrow the regime?

In this week’s “Middle East News Hour,” Caroline Glick discusses these issues with Ahmad Obali, founder and director of Gunaz TV, a U.S.-based Azerbaijani satellite television channel that broadcasts into Iran, Europe and the Middle East.

An ethnic Azerbaijani, Obali is originally from northern Iran, one of the hubs of the current protests. He fled Iran as a young man after the regime arrested him.

According to Obali, it is important that the West express its support for the demonstrators.

“Moral support and giving people the opportunity to express their voice is the best thing that Western governments can do,” he says. In addition, guaranteeing access to the internet is also crucial, he adds.

Obali emphasizes that Iran is a multi-nation country. He believes that a post-Khomeinist Iran can hold together as a unitary state if it provides cultural and language autonomy for these ethnic groups, along the lines of Canada, Switzerland or India.

“The regime has to go, but the problem is that the regime doesn’t go because there are issues that haven’t been solved, such as lack of coordination among all the ethnic groups,” he says.

According to Obali, the Rubicon will be crossed, in terms of bringing down the regime, if students, tradesmen and oil workers go on strike, paralyzing the state. The Arab Spring revolutions in Egypt and Tunis are the model that apply to Iran today, he argues.

In this week’s episode, Glick also speaks about what is happening in Israel, just a month before the elections.

Glick specifically focuses on two actions by the left that in her view undermine the democratic foundations of the country.

Chikli was the only member of Naftali Bennett’s Yemina faction who refused to form a government with the left and the Muslim Brotherhood party Ra’am. He was also a News Hour guest in December.

Glick hence describes the ruling as “blatantly political,” warning that the court’s interference in elections would “undermine our democracy.”

The fate of Channel 14

Channel 14 launched its broadcasts last December. It models itself after Fox News. According to Glick, it is the first non-leftist-run television station Israel has ever had.

Accordingly, the host stresses that Lapid’s attempt—supported by Israel’s other media outlets—to shut it down is evidence of the left’s tyranny.

Glick examines the left’s efforts to undermine the elections and demonize its ideological opponents even though they represent the majority of Israel’s Jewish population.