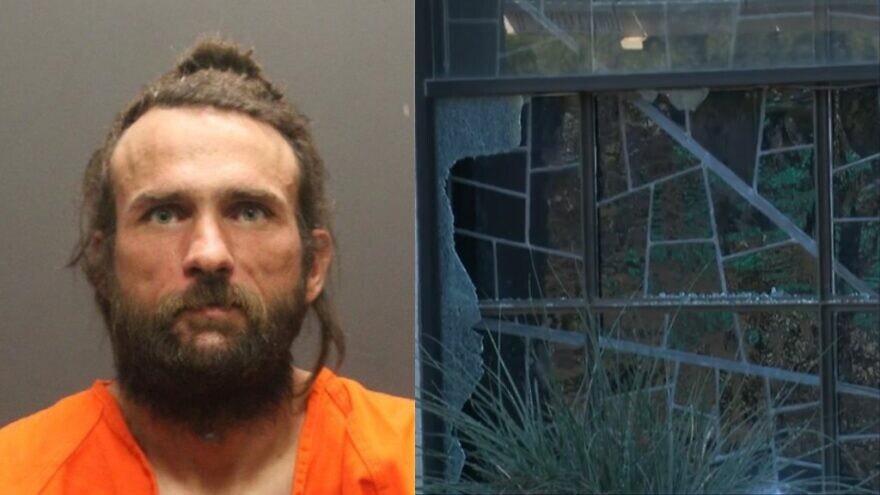 (January 7, 2022 / JNS) Police in Tucson, Ariz., have arrested a man in connection to the vandalism of a local synagogue.

The Tucson Police Department said Dustin Wilkerson, 37, was charged with aggravated criminal damage for throwing rocks last month at Kol Ami Synagogue, which resulted in multiple broken windows and shattered glass. Detectives were able to identify Wilkerson as the suspect after reviewing video surveillance footage from near the synagogue.

The police department revealed that detectives were working on determining Wilkerson’s motive, and whether or not the vandalism was a hate crime. They said so far, no evidence shows that the crime was motivated by bias.

Wilkerson is already in jail for assaulting an officer in an unrelated incident.

Tuscon’s Jewish Community Center and the Islamic Center of Tucson were also vandalized the same weekend as Kol Ami Synagogue, though police said there is no connection between the incidents.