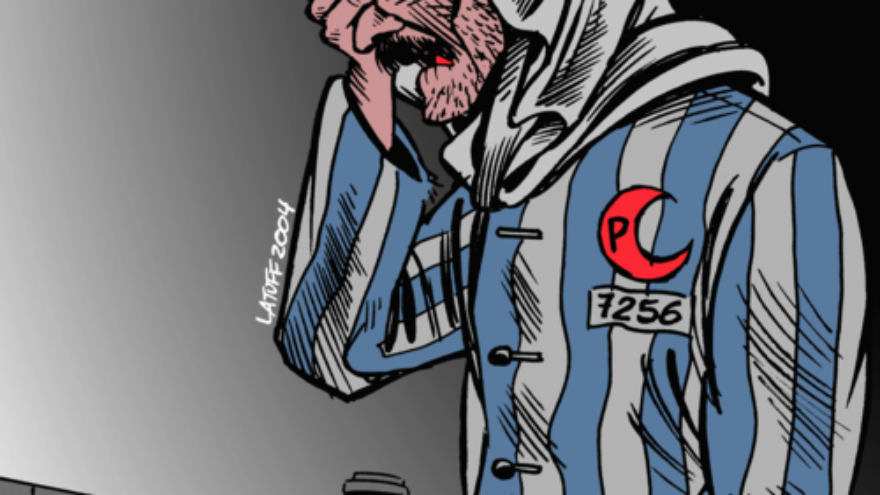 While millions of people around the world marked International Holocaust Remembrance Day on Jan. 27, an Iranian government-sponsored Holocaust cartoon contest was in the works. This year’s competition is not the first of its kind, but carries added significance in the aftermath of last summer’s nuclear deal between the Islamic Republic and the P5+1 nations.

“What’s different this year—and most alarming—is that policy makers in the U.S. and Europe view the Iranian regime as a stabilizing force in the imploding Middle East. This is a horrific mistake,” Charles A. Small, executive director of the Institute for the Study of Global Anti-Semitism and Policy (ISGAP), told JNS.org. “Western governments, led by the U.S., are legitimizing a genocidal anti-Semitic regime, and this is dangerous and can only lead to problems for all of us, not just for Jews.”

Organizers of the 11th Tehran International Cartoon Biennial recently announced that a Holocaust cartoon competition is scheduled for this June. They say that the Iranian contest is expected to draw participants from many countries. This year, the first-place prize money is $50,000, more than quadruple last year’s $12,000. There will also be a separate portrait contest focusing on Israeli Prime Minister Benjamin Netanyahu.

“Anybody can see that Iran’s anti-Semitic cartoon contest is meant to incite hatred, which is often the motivator of violence and terrorism. The world should condemn this appalling contest as vehemently as we do,” said Consul Daniel Agranov of the Houston-based Consulate General of Israel to the Southwest United States. “This is not only a Jewish issue, this is part of world history and is an issue that should be remembered and taught to the younger generation as an example of something to prevent.”

Ira Forman, the U.S. State Department’s special envoy to combat and monitor anti-Semitism, said it’s critical that the U.S. speak out against any type of government-sponsored anti-Semitism.

While Tehran has sponsored similar contests before, this year’s competition comes as world powers are lifting billions of dollars in sanctions against Iran—the world’s foremost state sponsor of terrorism, including its funding of Hamas and Hezbollah, two groups sworn to Israel’s destruction—under the nuclear deal brokered by the Obama administration and five other Western powers. U.S. Secretary of State John Kerry recently admitted that some of the sanctions relief coming Iran’s way will likely fund terrorism.

Calling the cartoon contest “blatantly ugly overt anti-Semitism,” ISGAP’s Small said Holocaust denial is the basis of the Iranian regime’s ideology, which is seeded in radial jihadist thinking.

Ken Jacobson, the Anti-Defamation League’s deputy national director, told JNS.org that Iran’s Holocaust denial is “not per se about the Holocaust. It’s about vicious anti-Semitism [going on] in the world. It’s an attack on the Jewish people, and it’s a threat.”

Last year’s Iranian Holocaust cartoon contest, organizers said, was a response to international support for such an endeavor following the Islamist terror attack on the French magazine Charlie Hebdo over its publication of cartoons of the Muslim prophet Mohammed, whose depiction is taboo in Islam. Iranian contest organizers said they’re trying to show that those who defend cartoons depicting Mohammed can’t have it both ways. Iran started the Holocaust cartoon contest in 2006 after a Danish newspaper published cartoon depictions of Mohammed.

With the U.S. now more closely tied to Iran following the nuclear deal, that’s all the more reason to closely monitor Iran’s actions to “understand we’re dealing with a very dangerous regime, to keep tabs on them and keep pressure on them [regarding the regime’s] anti-Semitism and terrorism,” said Jacobson.

“We’ve been saying to the [Obama] administration, ‘You’ve got to be clear about their human rights violations, support of terrorism…and take sanctions against them if they violate the [nuclear] agreement,” he said.