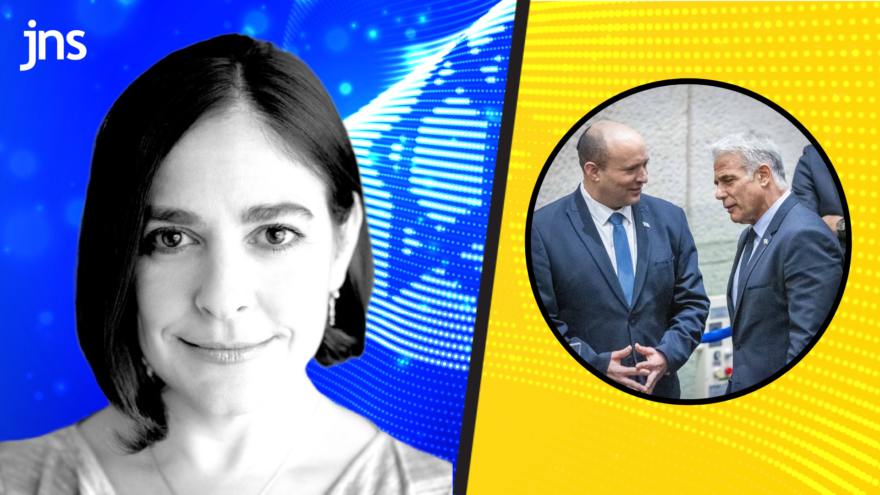 (June 28, 2022 / JNS) Why did Naftali Bennett decide to transfer the Israeli premiership to Foreign Minister Yair Lapid? And why did the Bennett-Lapid government come crashing down?

With the Knesset voting this week to dissolve itself and call new elections for late October/early November, Caroline Glick is joined this week on “Mideast News Hour” by Dr. Gadi Taub to discuss the reasons for the government’s downfall and what we can expect in Israeli politics and policy over the next three months.

Glick and Taub discuss Lapid’s character and background—spoiler, he’s unschooled and ignorant with regard to all the major strategic and national issues on the table, but has intimate ties with the Democrat Party leadership.

They discuss the anti-democratic disposition of Israel’s ruling class in the framework of the outgoing coalition’s last-ditch effort to pass a law that would bar Benjamin Netanyahu from forming a government.

They discuss prospects for reform of Israel’s imperial legal fraternity. They compare the U.S. Supreme Court to the Israeli Supreme Court against the backdrop of the Dobbs decision to overturn Roe v. Wade.