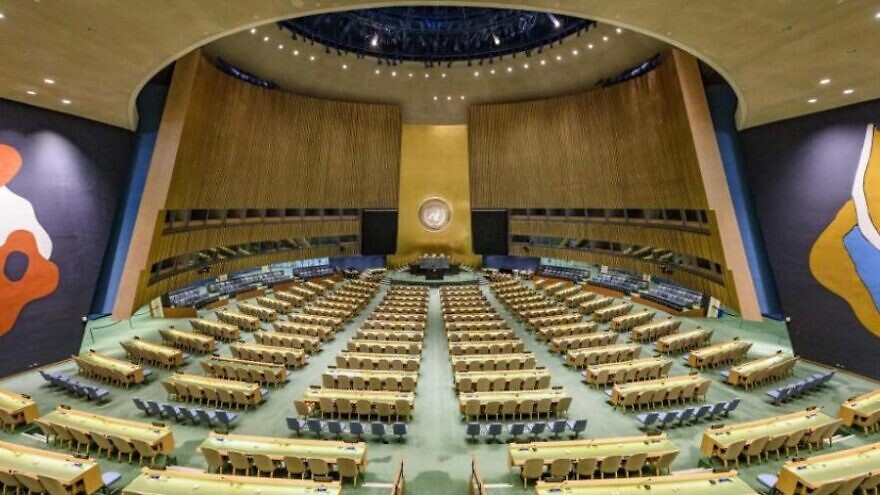 (November 14, 2022 / JNS) The Conference of Presidents of Major American Jewish Organizations blasted a resolution that the U.N. General Assembly Fourth Committee passed on Friday, in a 97-17 vote, with 52 abstentions.

The committee, also known as the Special Political and Decolonization Committee, is one of six main committees of the General Assembly.

“The Conference of Presidents condemns the Palestinian resolution at the United Nations, which grossly distorts reality and unfairly demonizes Israel, as it seeks to weaponize the International Court of Justice,” it said in a statement on Sunday.

The resolution asks the International Court of Justice to immediately weigh in on the Israeli-Palestinian conflict and Israeli “annexation.”

“The resolution fails to address critical security concerns on the ground and its deliberate attempt to exploit the role of the Court will further exacerbate tensions,” the Conference of Presidents said. “This one-sided, unilateral attack by the Palestinian delegation begs the question as to their true intentions, or lack thereof, to meaningfully advance the peace process at the international body.”

This resolution encourages those who want to use violence against innocent Israelis and Palestinians, especially when there is an uptick in terrorist activity in the region, the Conference of Presidents said.