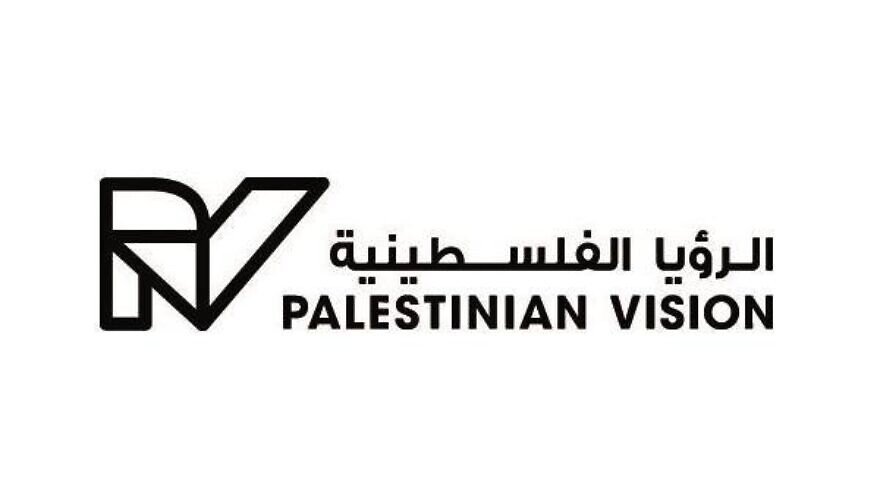 (May 12, 2022 / JNS) As Israel contends with a series of terror attacks, the first two of which were carried out by Arab Israelis, and reports have emerged that some Arab Israelis were involved in the Ramadan riots on the Temple Mount, the activities of Arab NGOs operating within Israel to strengthen Palestinian identity in Israel’s Arab sector have come under scrutiny.

Im Tirtzu, a Zionist NGO, recently put together a report on one of them, Palestinian Vision or “PalVision.”

Founded in 1998, it operates both in Israel and in Palestinian Authority-controlled territories. Its mission, according to its website, is to “mobilize and empower Palestinian youth” to “preserve their collective identity” via volunteerism, youth networking, social activism and more.

“Strengthening Palestinian identity among Arab Israelis is their No. 1 goal,” the head of Im Tirtzu’s Arabic-language research department and author of the report told JNS. He said that the attacks Israel is seeing now are the bitter fruits of a process years in the making.

Groups like PalVision, “through education, through lessons, insert into the mind of a child of 7 or 8 years of age the story of the nakba and Palestinian refugees,” he said. The nakba, or “catastrophe,” is the Arabic name for Israel’s 1948 War of Independence.

“They take an 8-year-old boy, a 10-year-old, a 15-year-old from a village in the Galilee, show him abandoned houses and some Jewish National Fund grove and tell him, ‘The Jews, the Jewish Agency, the JNF uprooted the Palestinians and took their land. You see that Jewish settlement nearby? That’s sitting on a Palestinian village,’ ” he said. “They’re poisoning a generation.”

PalVision’s projects are “against Israeli law,” he added. “They don’t recognize the State of Israel. They don’t say ‘Jewish State.’ They don’t even believe in a two-state solution. They believe in one state, a Palestinian State, from the Jordan river to the Mediterranean sea. That’s their concept.”

PalVision isn’t the only NGO within Israeli territory that effectively seeks to drive a wedge between Arab Israelis and the State of Israel. There is the Baladna Arab Youth Association, The Arab Culture Association, I’lam – Arab Center for Media Freedom, Development and Research, the Tishreen Association, Adalah, Al-Tufula Center, and others.

Yona Schiffmiller, director of research at NGO Monitor, says these groups typically use high-minded language to describe their missions. For instance, though I’lam says it’s empowering “Arab Palestinian society by protecting freedoms and through human development, it is a vehicle for delegitimizing Israel as a Jewish state, claiming that ‘there is no legitimacy to the Israeli entity established after the Nakba,’ ” he told JNS.

Similarly, the terminology PalVision uses to describe its activities sounds innocent enough. One PalVision project, Sejal, says it “aims to empower Jerusalemites” to take on “growing extremism” in the city by directing 19- to 25-year-olds “towards dialogue and acceptance of the other.”

“When they talk about Palestinian youth having ‘an outlet to express themselves,’ or enhancing their ‘sense of belonging,’ that’s fine—if that’s all it was. But their interpretation of that is different from yours and mine,” Schiffmiller told JNS.

“In fact, there have been repeated calls of support for specific terror attacks and glorification of violence by higher-ups and board members of PalVision,” he said.

Amer Daraghma, PalVision’s program coordinator, has posted on social media praise of Muhammad Daraghma, a suicide bomber who carried out a bombing in Jerusalem’s Beit Israel neighborhood on March 3, 2002, murdering 10 Israeli civilians, among them five children and infants. The report revealed that Daraghma is Amer’s brother.

Similarly, PalVision project manager Hilal Abu Khalija posted in praise of his cousin Abu Khalija, who carried out a car-ramming attack in the Sheikh Jarrah neighborhood of Jerusalem on May 16, 2021, injuring seven Israeli Border Policemen.

Schiffmiller said that NGO Monitor has documented several other examples, including support for BDS by PalVision staff. If Israel’s authorities are keeping tabs on a group like PalVision, he said, he’s not aware of it.

NGO Monitor’s focus, he said, is on bringing the true nature of such groups to the attention of their funders in Europe. PalVision receives money from the European Union, as well as groups in Germany, Denmark and Switzerland.

The biggest supporter of PalVision is an Arab organization, Taawan, also known as the “Welfare Association.” Taawan, established in 1983 to promote “the steadfastness of Palestine and Palestinians,” has provided $660 million in funding to NGOs over the years, according to Im Tirtzu.

Israel is not taking the threat from PalVision and its ilk seriously enough, said the head of Im Tirtzu’s Arabic desk. A Christian Arab, he said he was educated in Christian schools in Israel where the teaching materials were supplied by Jordan until they switched over to P.A. materials in 1994. “I have begged Israel’s Ministry of Education to introduce Israeli materials into church schools, which now still use P.A. material. There are 45 schools that belong to churches in Israeli territory, a third of them in Jerusalem. That’s why I left school not knowing Hebrew. I had to teach myself,” he said.

He was exposed to all sorts of anti-Israel propaganda and even encountered terrorists at university in Bethlehem, he said, but had an awakening. “I asked myself, ‘Where am I better off? Among these people who consider myself and all Christians infidels, or among Israeli Jews, who have no problem with me and even respect me and among whom I have freedom of worship?” He now calls himself “at heart, a Zionist.”

He said that Israel needs to start investing in education to counter Palestinian brainwashing.

“We need to start thinking how to really attract Arab children, especially in Israeli territory in problem areas, in mixed cities like Lod, Jaffa, and Bat Yam. … We need to give them the tools and information, the picture from the Israeli side.

“Then they are free to decide where they want to live and, believe me after they see both sides they will choose the Israeli side,” he said. “They will choose the freer side, the one more accepting of the other, and not an Islamic Arab country.”