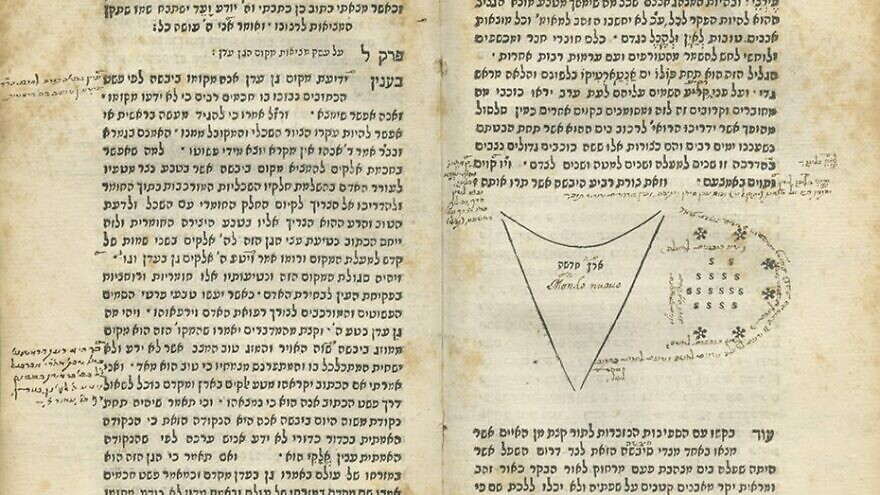 (May 10, 2022 / JNS) A rare first edition in Hebrew describing the discovery of the New World will be up for auction in two weeks at the Kedem Auction House in Jerusalem.

Igeret Orchot Olam, written by Rabbi Abraham ben Mordechai Farissol and published in 1586 in Venice, contains one of the earliest known descriptions of America and the sub-Saharan continent.

Essentially a geographic exploration, the work is divided into two parts.

The first contains a general description of the Earth, its climate zones, continents and countries. The second focuses on the discoveries of Spanish and Portuguese explorers, with a detailed account of the travels of Vasco da Gama around the Cape of Good Hope on his way to India. The author also discusses locations for Gan Eden (the Garden of Eden), the Sambation River and the Ten Lost Tribes.

An entire chapter of the book is dedicated to America with descriptions of the landscape and geography that detail “tall mountains and vast forests full of ferocious animals and reptiles.” The author also writes about Native American tribes, their way of life, habits and wars. 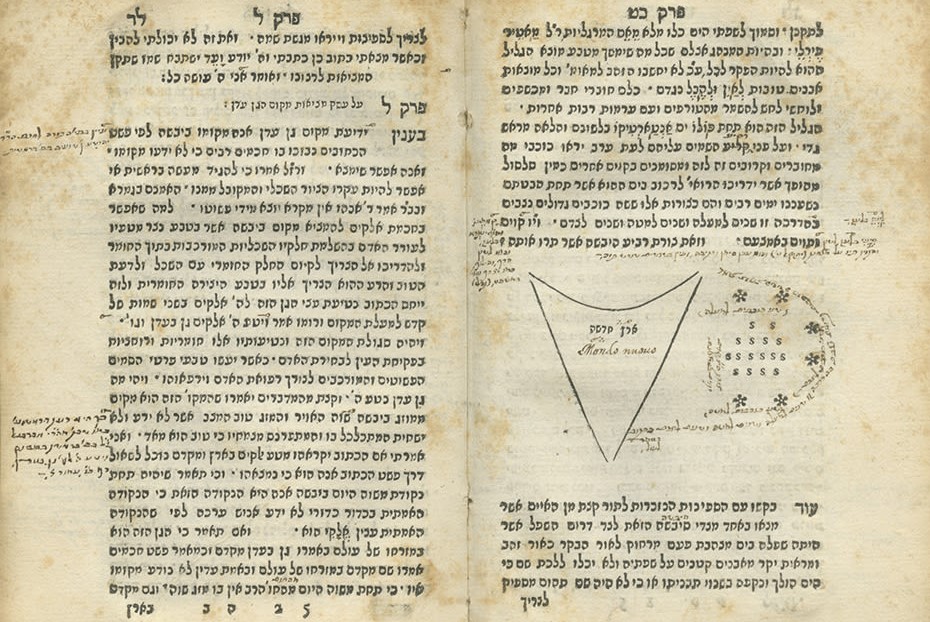 The book features three impressive copper-etching illustrations by artist Anton Balzer, a resident of Venice, with comments and additions by Rabbi Yisrael Landau and other sages of the time.

On its title page, final leaf and other places is the signature of Ish Ger—an acronym for Rabbi Avraham Yosef Shlomo Graziano, a 17th-century Italian Jewish scholar and known collector of books and manuscripts. Igeret Orchot Olam contains a number of glosses in his handwriting, including some lengthy ones, with explanations, additions and revisions.

Farissol (circa 1452-1526), was an Italian Torah scholar and Renaissance man. Born in Avignon in the south of France, he immigrated to Italy at a young age. After a brief period in Mantua, he settled in Ferrara, where he lived most of his life.

There, he was involved in the community, serving as cantor and teacher, renowned as a meticulous copyist of manuscripts. Due to his familiarity with both Jewish and secular texts, he was chosen by the Jewish community of Ferrara to represent them in the disputation with Dominican monks (this influenced him to write Magen Avraham, a polemical work in part against Christianity and Islam).

“This rare volume is an important historic work that offers a close-up of a world we know little about,” said Meron Eren, CEO and co-founder of Kedem Auction House. “It will make a wonderful addition for the serious collector of ancient books.” 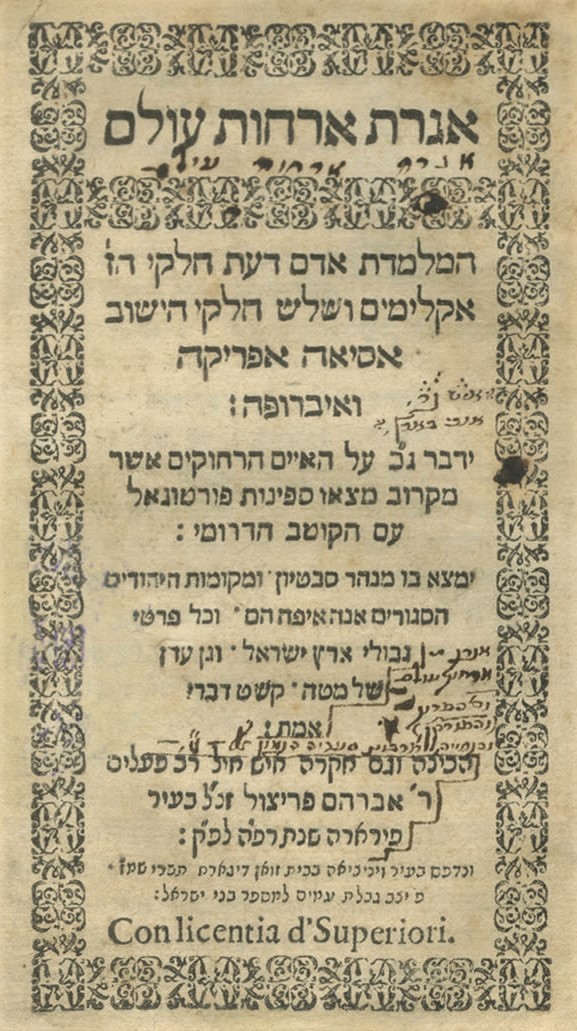 A page from “Igeret Orchot Olam,” written by Rabbi Abraham ben Mordechai Farissol and published in 1586 in Venice. Credit: Kedem Auction House.
Republish this article in your newspaper or website