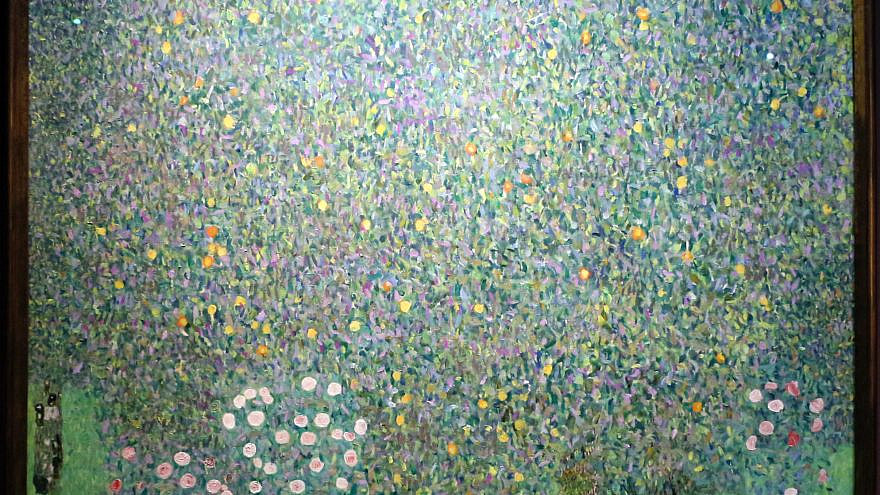 (March 17, 2021 / JNS) France’s culture minister Roselyne Bachelot announced on Monday that the French government will return a painting by famed artist Gustav Klimt to the heirs of its Austrian Jewish owner, who was forced to sell the painting to a Nazi sympathizer in 1938.

Nora Stiasny inherited Klimt’s “Rosiers sous les arbres” (“Roses Under the Trees”) from her aunt and uncle, Austrian industrialists and art collectors Viktor and Paula Zuckerkandl, reported ARTnews. The couple purchased the artwork in 1911 and were supporters of Klimt.

Shortly after the Nazi regime’s annexation of Austria in 1938, Stiasny was forced to sell the painting for a bargain price to Philipp Häusler, a member of the Nazi Party. Stiasny was killed in Poland in 1942.

The painting has been hanging in the Musée d’Orsay in Paris as part of the national collection since 1980, when it was acquired by the state via auction from a gallery in Zurich.

The initial request for its return was made in September 2019 by an attorney representing Stiasny’s heirs. Bachelot said the government will present a bill that would authorize the painting’s release from France’s national collection. She added that the Klimt is the first artwork from the national collection to be restituted.

“This decision to return a major artwork from the public collections illustrates our commitment to justice and to reparation for the looted families,” said Bachelot.

Steps being taken to return the Klimt are part of an initiative in France since 2019 to identify artworks in national institutions that Nazis stole from Jews, according to The Art Newspaper.