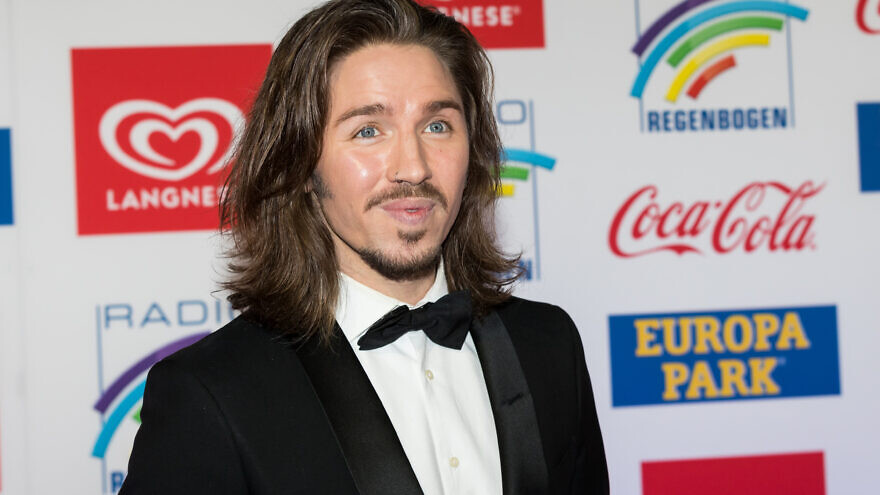 (October 18, 2021 / JNS) Gil Ofarim, the German Israeli singer who accused the Westin Hotel in Leipzig, Germany, of refusing him service because he wore a Star of David pendant is now being accused of fabricating the story.

Hotel surveillance video released to German media shows Ofarim checking in without the Star of David pendant that appeared on the Instagram video portraying the alleged incident and which has, to date, garnered nearly 4 million views.

Jewish organizations, including the Central Council of Jews in Germany and the American Jewish Committee, came to Ofarim’s defense immediately following his social-media testimony, which Ofarim capped off with “Deutschland 2021,” as if to imply the severity of contemporary anti-Semitism in a country responsible for the Holocaust. The Jewish interest groups demanded an apology from the hotel.

Following the uproar, protesters gathered around the hotel in solidarity. Hotel personnel displayed a banner with the logo of the hotel, the Muslim crescent and a flag of Israel. The employees that Ofarim denounced were reportedly put on leave as an investigation took place with one currently suing Ofarim for slander.

#GilOfarim is now one of the top-trending hashtags on Twitter in Germany, with some users comparing Ofarim to Jussie Smollett, the disgraced black actor who staged a hate crime against him.

Some critics include noted Jewish German writer Henryk Broder, who suspected the affair was a publicity stunt.

“The representatives of ‘civil society’ have seldom been as united as in this case: The hotel must apologize to Ofarim and hold those responsible ‘accountable’’—immediately and without waiting for the result of the investigation,” he wrote in the Swiss magazine, WeltWoche. “That was, to put it mildly, a bit premature.”

In an interview with Bild TV, Ofarim stands by his testimony, saying that he always wears the star just not always visibly; the hotel employee must have known it was there.

He added that regardless of the controversy, anti-Semitism still remains a serious problem in Germany.