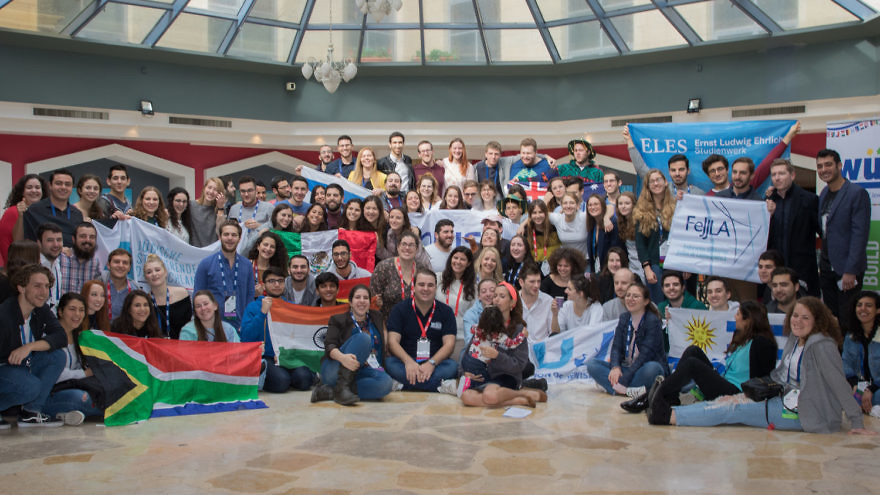 (January 8, 2018 / JNS) They may live thousands of miles apart, but student activists from around the world identify various shared challenges living as Jews in their respective countries and campuses.

At the 44th World Union of Jewish Students (WUJS) congress in Jerusalem from Dec. 28-Jan. 1, 157 delegates from 36 countries gathered to connect with other passionate student leaders and explore various facets of what it means to be a Jewish student leader today.

According to Yos Tarshish, the outgoing chairperson of WUJS, the newest major issues facing Jewish college students are anti-normalization efforts against students who “have any sort of connection to Israel” as well as the rise of far-right, neo-Nazi political parties.

Yanir Grindler, the WUJS chair at the University of Witwatersrand (Wits) in Johannesburg, South Africa, said racial identity plays a “big part in the discussion on campus.” Due to South Africa’s previous history of apartheid, he said, students “often speak of white privilege because of white guilt”—the guilt that South Africans feel for the institutionalized racial segregation and discrimination committed against black South Africans from 1948-1991. 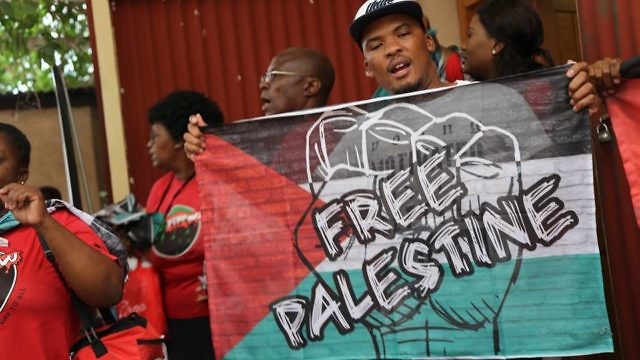 “South African Jews are seen as white before they are seen as Jewish…[they] assume that we represent Israel,” and as a result, “student societies, movements, and NGOs that represent South African civil society won’t engage with us because of our whiteness,” Grindler told JNS.

Grindler said that during “Israeli Apartheid Week” on the Wits campus, BDS activists have aimed to persuade students by framing their agenda as a class-based and race-based struggle, erecting a mock demonstration “where one side is soldiers, representing white, middle class South African Jews and Israel. Jews are thought of as white, affluent students, and the other side is thought of as underprivileged students.”

“There’s the belief that if you’re not engaging in race conversation, you need to wake up,” he said. “In liberal arts universities, you have to be engaged in race politics, and it changes how people approach conflict.”

In Austria, WUJS student activists claim that the biggest challenge comes not from the left, but from the far right.

Benjamin Guttmann and Benjamin Hess, who study in Vienna and are co-presidents of the Austrian Union of Jewish Students, came to the WUJS congress on a mission to “make it clear that our anti-Semitic government isn’t a partisan or political issue,” said Guttmann.

He said the Austrian Freedom Party, which is part of recently elected Chancellor Sebastian Kurz’s governing coalition, is a “far-right party founded by the members of the former Nazi party” and a “serious threat not only to Jews but also to democracy.” 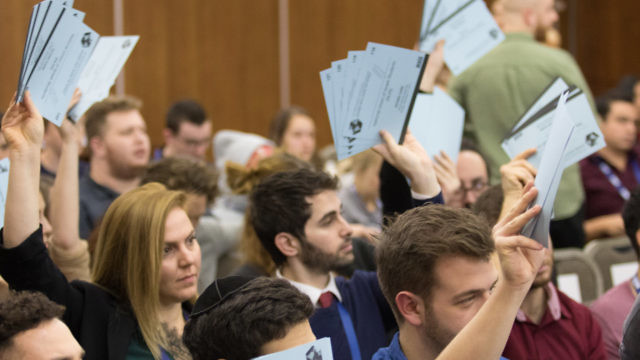 Student leaders from around the world participate in the recent 44th World Union of Jewish Students (WUJS) congress in Jerusalem. Credit: WUJS.

Hess voiced his concern about various new members of the Austrian government and parliamentarians whom he described as “right-wing, anti-Semitic and…active in militant neo-Nazi organizations.”

To address this issue, the Austrian student leaders have built coalitions between campuses and countries, working with WUJS to issue a statement against their government. Further, they plan to put together an open letter signed by WUJS representatives “to show that Jewish students stand united against this ideology,” said Guttmann.

Nurit Becker, a student in Mexico City, told JNS that her biggest takeaway from the congress was learning that apathy within the Jewish student community is both the main challenge she finds in Mexico and a common obstacle for students worldwide. 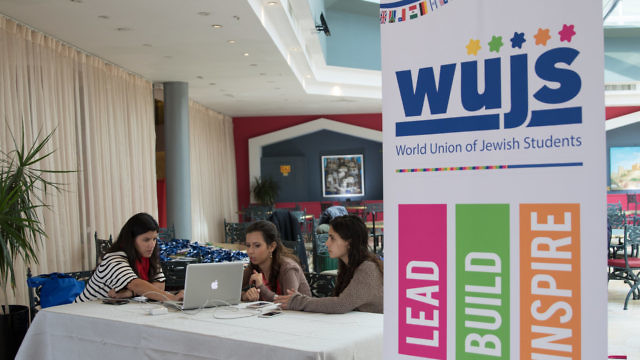 As the head of international relations for the Mexican WUJS delegation, Becker has made it her mission to address apathy in her country’s universities through projects that activate students to get involved with issues that face the Jewish community. She said she also collaborates with other student leaders to “help each other and share campaigns.”

Becker said that Mexico experiences very little anti-Semitism, and was surprised to hear about her peers’ encounters with Jew-hatred and anti-Zionism.

“At the congress,” she said, “I learned that the life in Mexico for Jewish people is a completely different reality [from the situation in other countries].”