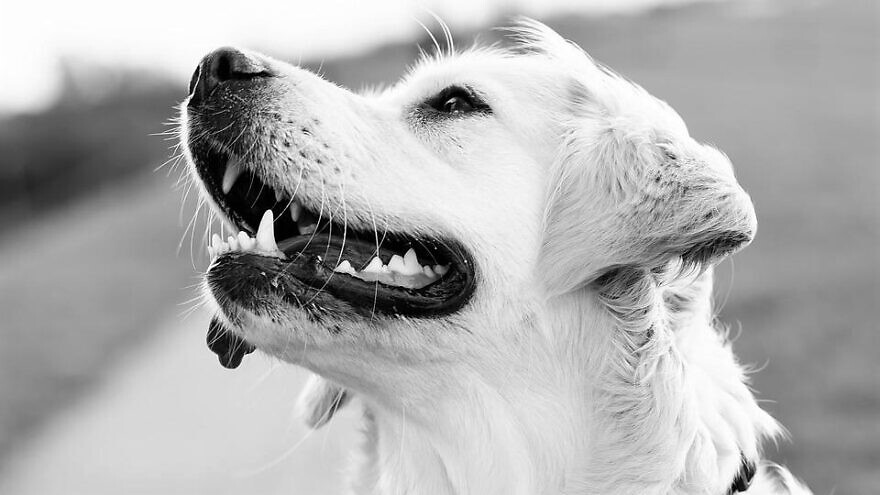 (July 15, 2022 / JNS) Dog owners in need of a walk, concerned about health and wellness, or looking to support important societal causes … meet Dogiz.

Founder and COO Danny Djanogly, 32, and CEO Alon Zlatkin, 37, created the Dogiz company and dog-walking app while students in a business-school class on startups at Israel’s IDC Herzilya (now Reichman University). While their original plan was to make it easier for dog owners in Tel Aviv to find walkers while at work—and to create jobs for people with disabilities—the recent COVID-19 pandemic posed new challenges as people were staying home with their dogs more and needing less help. It also provided an opportunity for the founders to rethink the business.

As a result, Dogiz has just launched an updated app, website and business plan for these changing times.

Djanogly was pleased with how things were going with Dogiz prior to the pandemic. In 2015, the two immigrants—one from northwest London and one from Kazakhstan—were accepted into the HIVE, an accelerator for olim (new immigrants to Israel) and won a Google competition that landed them their first $100,000 investment. They received support from Samurai Incubate Inc., an early-stage Japanese venture-capital firm that has invested in more than 33 Israeli startups. They were imagining a company that offered services such as dog-walking, doggie daycare, boarding and grooming.

When Djanogly and Zlatkin met Aviad Friedman—an Israeli author, businessman, adviser to Israeli ministries, as well as former Prime Minister Ariel Sharon, and (at the time) chairman of the Israeli Association of Community Centers (IACC)—he suggested that they consider training and employing people with disabilities. He had some expertise in the area; he is the father of a 24-year-old son with autism. 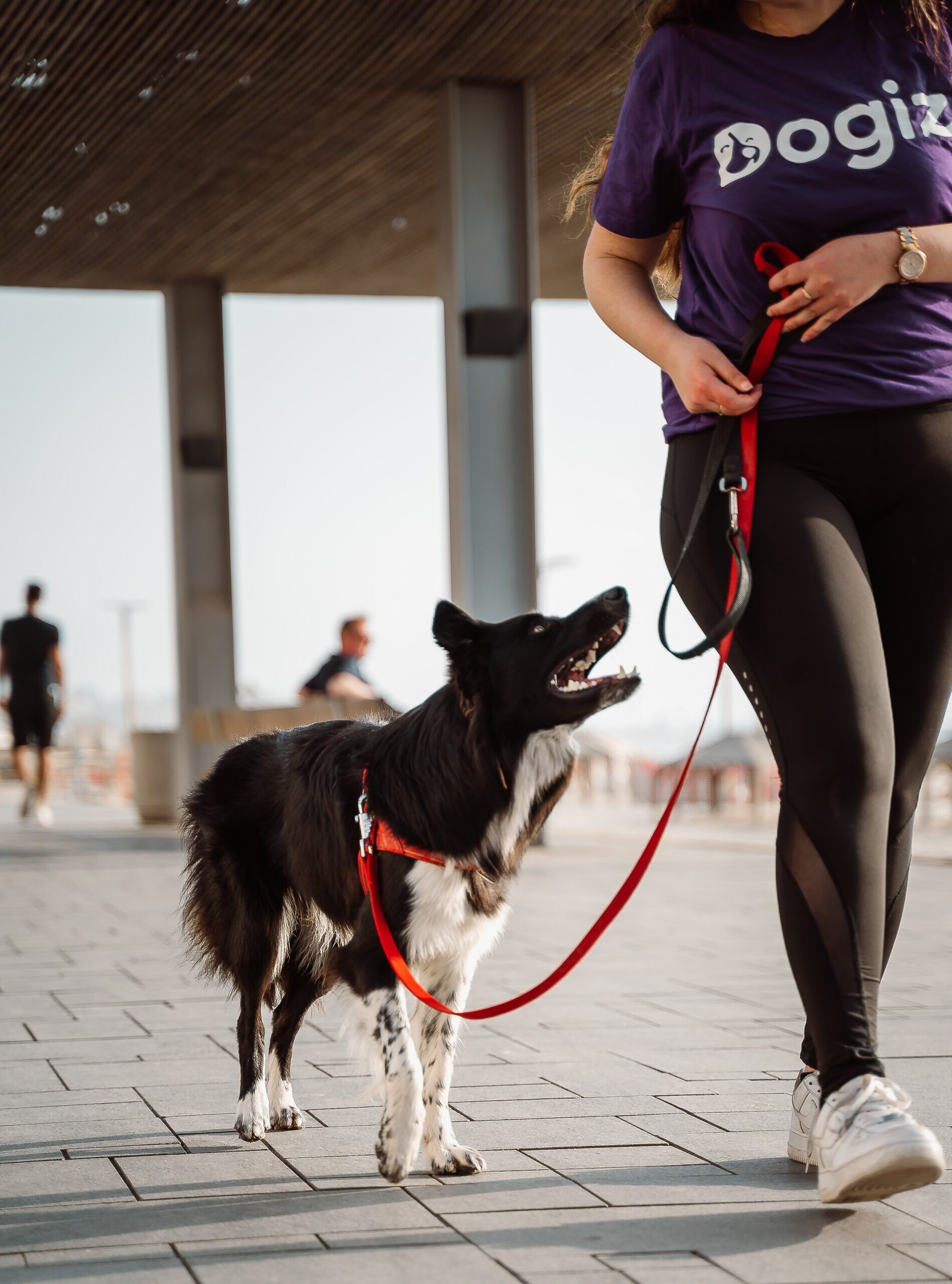 The company offers services such as dog-walking, grooming, boarding and daycare. Credit: Courtesy.

“We stumbled upon disabilities by accident,” says Djanogly, who notes that “we created Holchim B’Yachad [‘Walking Together’] and were growing unbelievably—we had 15 candidates with disabilities, a course and special trainer, and were working with the Shekel and Beit Ekstein [disabilities programs] in Israel.”

“We were flying until March 15, 2020,” reports Djanogly. “Then COVID hit. We were sure it would boil over soon. It didn’t—and so we had to face the harsh truth and reality. It was a curse and a blessing, and gave us some downtime to look at our business. We went to our board and told them that we could either close or change.”

The founders had an important observation. “We realized that 15% to 20% of dog owners use pet-care services like boarding, grooming and walking. But 100% buy food and use veterinarians. Dog owners are also a community where there is implicit trust,” say Djanogly and Zlatkin, who also spoke with many veterinarians.

They decided to create a platform to better manage their own dogs’ lives. The app and website, complete with a new logo, incorporate gaming techniques to educate and engage dog owners, along with a health and fitness tracker.

“Our mission is to help owners gain a deeper understanding of their dog’s health and reward them for being more active with their dogs,” notes Djanogly. “As dog owners, we know how hard it can be to manage your pup’s life, so we created Dogiz to do all the hard work for you.”

Dog owners are encouraged and incentivized to increase the fitness levels of their pets by keeping them more active. In the process, they earn Dogiz coins that can be used for discounts on products and services in the Dogiz shop.

For every action owners do on the app—completing a quiz, tracking walks, and providing weight, memory or mood updates associated with their pets—they get coins. They can also see on the leaderboard how fitness levels compare with other dogs in the neighborhood. 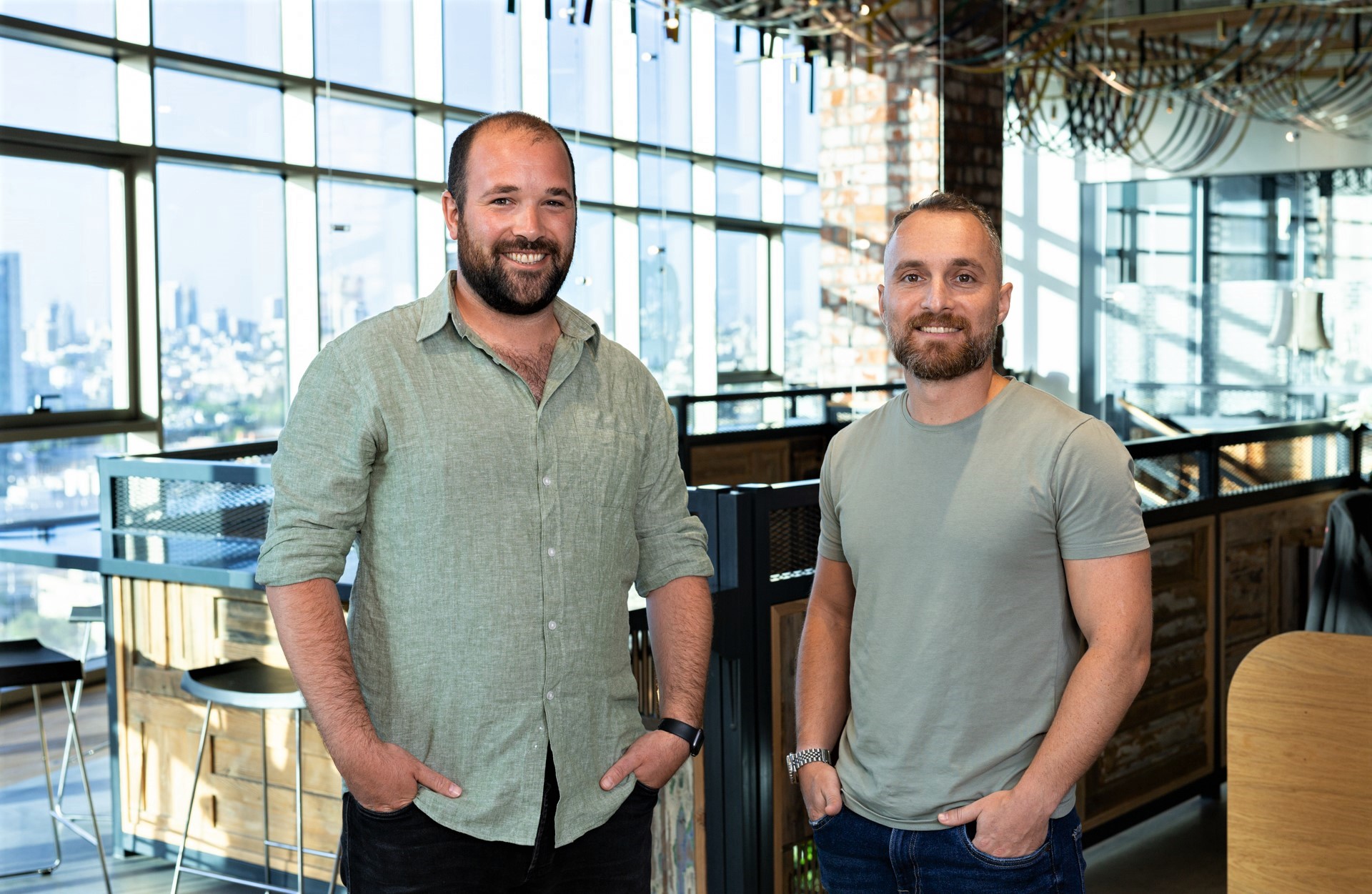 ‘We are no longer geo-restricted’

As Djanogly and Zlatkin continued consulting with veterinarians, they also learned of an interesting trend that the doctors were seeing. The veterinarians reported that they were regularly receiving photos of dog poop from concerned dog owners who wanted to check if something was wrong with their pet’s digestive systems. And so, the Dogiz team created Dr. Poop, where a team of veterinarians reviewed images and created a program to quickly analyze the byproducts and let owners know how concerned they need to be about their dog.

The two founders also take the opportunity to help less fortunate dogs. In the United Kingdom, for example, owners can participate in the “PAWpurse Miles for Meals” program. For each mile walked with their dog, a meal is donated to a dog in a shelter. In Israel, people can donate coins earned to a local dog shelter, which receives funding to support their important work.

Djanogly further notes that with the relaunch of Dogiz, “we are no longer geo-restricted.”

The company will continue to provide dog-walking services in Tel Aviv and London, and train and hire people with disabilities. But they have now expanded—creating an inclusive community of dog lovers and arranging partnerships with service providers and pet-food companies.

The duo says that they are pleased with their new direction: “It gives dog owners rewards and motivation to be active with their pet via products they need and use. Why not do it by keeping their dogs healthy?”