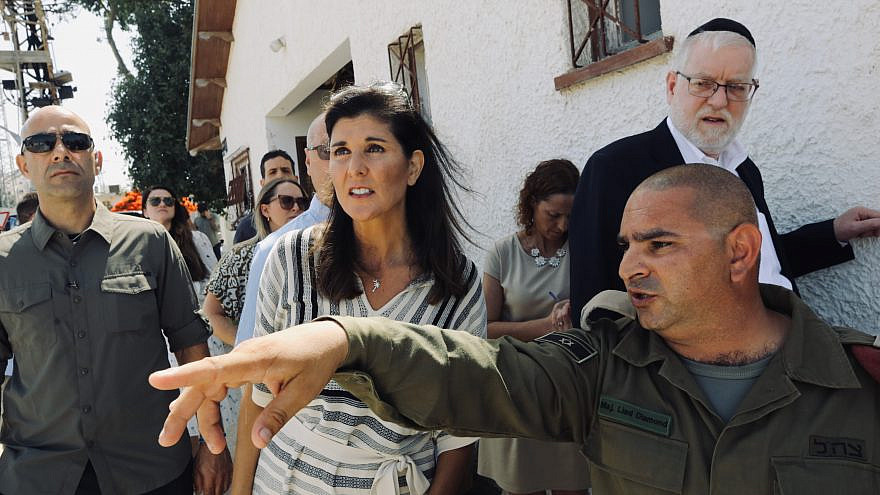 That was the message of Pastor John Hagee, chairman and founder of Christians United for Israel (CUFI), the largest pro-Israel organization in the United States. Hagee was in Israel on a June 13-14 solidarity mission that included former U.S. Ambassador to the United Nations Nikki Haley. Haley, who served in that role from January 2017 to December 2018, stood out for her consistent defense of the Jewish state at the world body. Israel’s ambassador to the United Nations at the time, Danny Danon, said her support led to a “change in Israel’s status in the U.N.”

The group visited Israel’s south, viewing the damage in Ashkelon and Sderot, both of which suffered casualties during the 11-day conflict with Hamas in the Gaza Strip that began on May 10 and ended with a ceasefire on May 21. During that time, more than 4,000 rockets were launched towards Israeli population centers.

“We saw houses with six-inch concrete walls shattered by rocket fire,” Hagee said during a press roundtable on Monday. “We saw houses 50 yards away from the blast center where the roof had been ripped off. We saw human hair plastered to the wall by the blast of those rockets. When people hear of a rocket, they don’t think of how awesome its power is.”

Hagee and Haley also stressed the importance of confronting Iran, noting that it supports Hamas and other terror groups in the region. (Hours after the May 21 ceasefire, Hamas leader Ismail Haniyeh thanked Iran for its financial and military assistance during the conflict.) 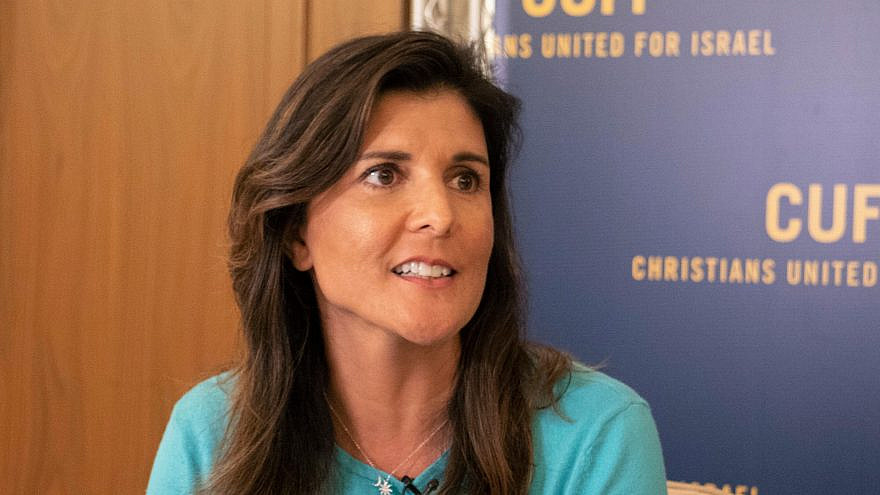 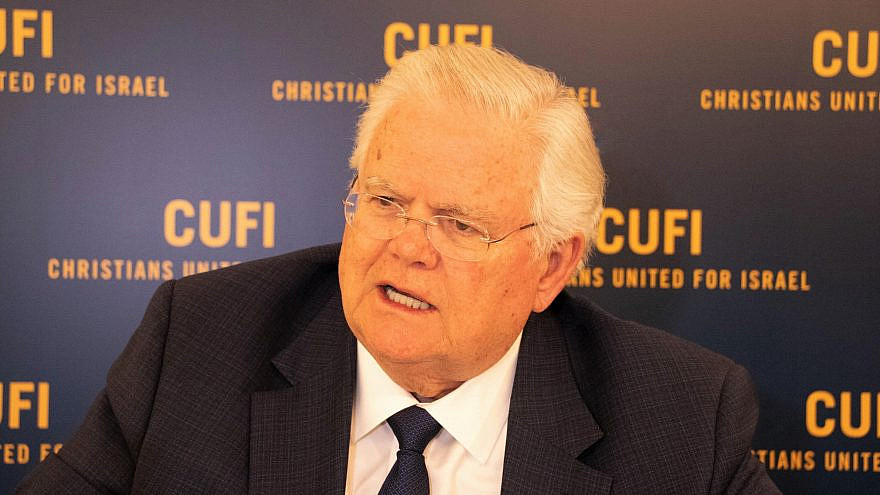 Haley sharply criticized U.S. President Joe Biden for attempting to return to the Joint Comprehensive Plan of Action (JCPOA), the 2015 nuclear deal that former President Donald Trump withdrew from in May 2018.

“Right now, you have multiple countries around the world, including the United States, looking to figure out how to redo this Iran deal. It’s nothing more than a death wish for Israel, and eventually, a death wish for the world,” said Haley.

Haley also said the Biden administration’s effort to re-enter the Iran deal undercuts the progress made during the Trump years to bring together Israel and the Arab states.

Biden should show the Arab states that he appreciates their steps towards normalizing ties with Israel, she said, referring to Israel’s signing of the Abraham Accords in the fall of 2020 with the United Arab Emirates and Bahrain, followed by Sudan and Morocco.

She also noted that their decision to open ties with Israel was in part motivated by their fear of the Islamic Republic. “The one way to slap them in the face … is to have talks with Iran … . Actions speak louder than words, and the idea that [Biden’s] falling over himself to get back in the Iran deal is pretty disgusting.”

Asked by JNS if the traditional bipartisanship for Israel in Congress is fraying, Haley said, “I’m extremely disappointed with how the hate speech toward Israel has risen on the Democrat side.”

“Certainly, not all Democrats have been against Israel but it seems like it’s growing … their voices are getting louder,” she said, adding that Biden is appeasing the extremists in his party. “You call out hate every time you see it, regardless of who says it and you hold them accountable.” 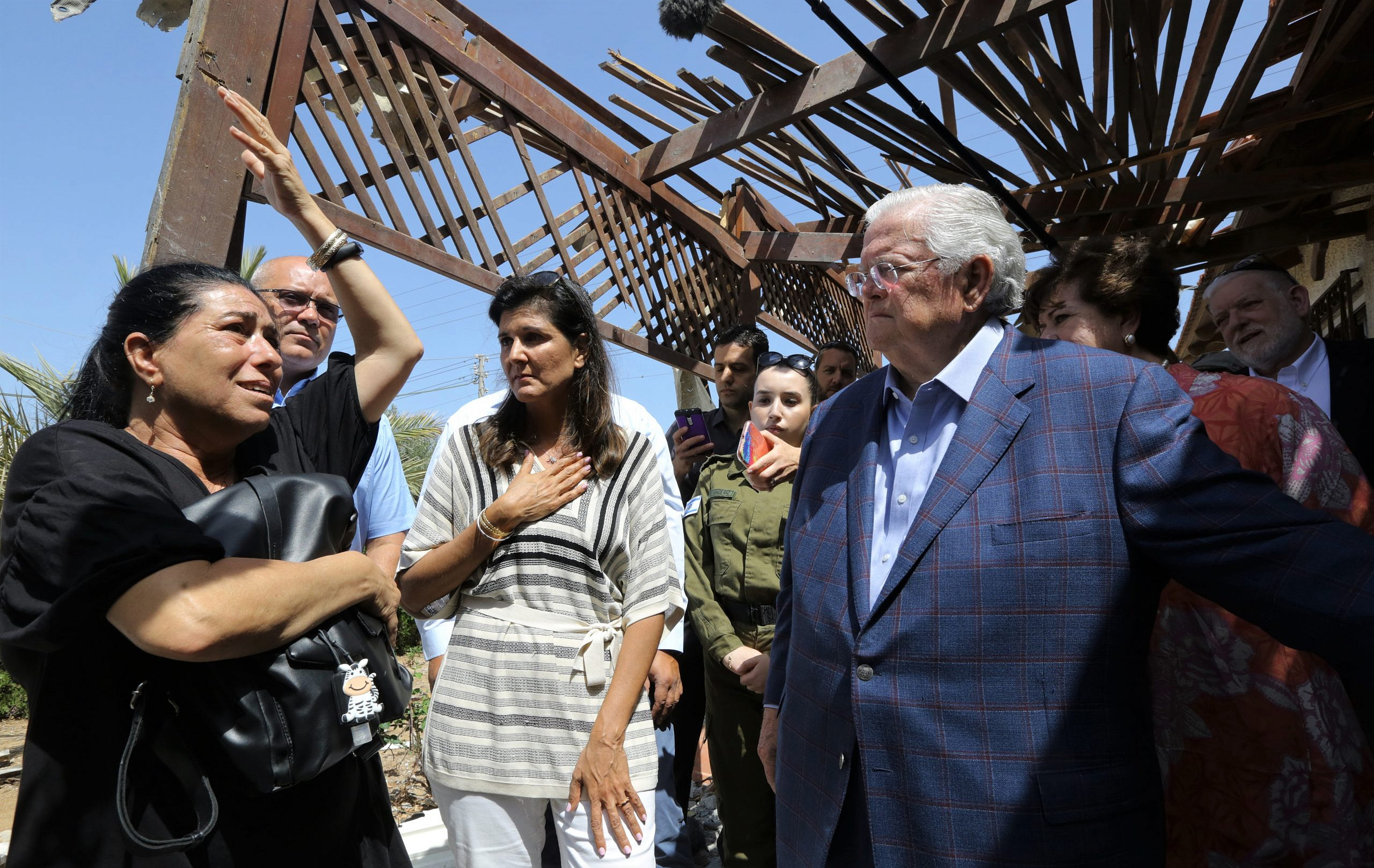 ‘We are standing with you’

JNS asked Hagee if evangelical Christians were united in their support for Israel, given recent reports concerning a split between conservatives and liberals in the Southern Baptist Convention, the country’s largest evangelical denomination. (CUFI is nondenominational.)

Hagee was confident that any political disagreements would not impact Israel, as the issue transcends politics. “It all boils down to a matter of your commitment to the written scripture. The people who are committed to written scripture … will be supportive of Israel because Israel is not a political issue; it’s a Bible issue,” he said.

“From Genesis to the end of Revelation, the Bible has a message of comfort and consolation towards the Jewish people: ‘Pray for the peace of Jerusalem, they shall prosper that loves you.’ That’s not a recommendation. That’s a command to all believers. If you are a Bible-believing Christian, you will be a supporter of Israel. If you’re not, you won’t be. End of story.”

In 1981, when Hagee held an inaugural “Night to Honor Israel,” the event that led to the founding of CUFI, he initially encountered resistance, even death threats. CUFI has since grown to become a major political force on behalf of Israel.

“We can put 20,000 emails in any person’s box in a 24-hour period because there are now thousands of Christians in every senator’s, congressperson’s district. These are people who believe the Bible and they go vote,” said Hagee.

Haley affirmed her own support, noting that as ambassador, she made a promise to the Israeli people “that I would never stop fighting for Israel.” She said she came on the trip “to make sure we let the Israeli people know we are standing with you, we will fight with you.”