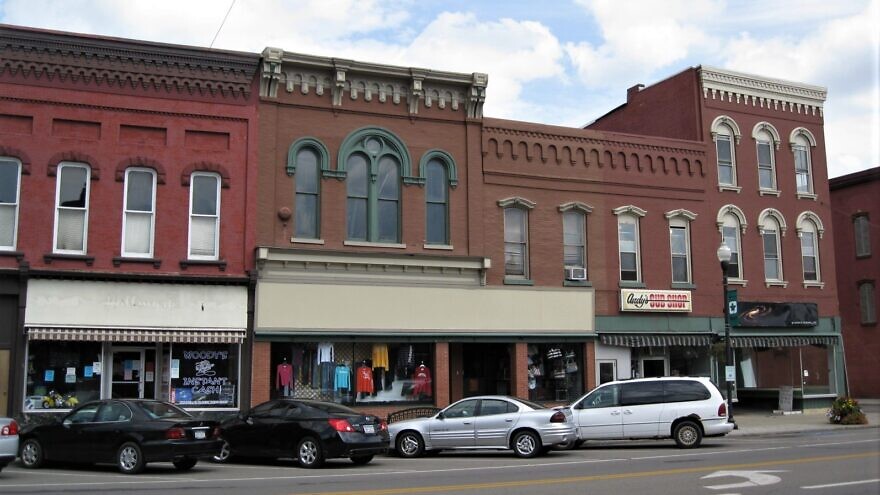 (July 13, 2022 / JNS) Three people have been arrested and are facing hate-crime charges for distributing racist and anti-Semitic pamphlets and stickers at a synagogue, a predominately black church, and other public and private areas in the city of Hornell in Upstate New York.

The anti-Semitic material containing swastikas and racial slurs was discovered on July 9 and July 10, according to a Facebook post by the Hornell Police Department on Monday.

One of the fliers discovered on Sunday morning on the door of Rehoboth Deliverance Ministries in Hornell, in New York’s Southern Tier, promoted the “Aryan National Army” and featured a skull inside a swastika, reported The Associated Press. Similar papers were found attached to the front of Temple Beth-El, as well as on driveways, doorways and a park, according to authorities.

With the assistance of the New York State Police Department, Hornell Police searched the home of two men seen distributing the white-supremacy material. Police arrested Aubrey Dragonetti, 31; Dylan Henry, 30; and Ryan Mulhollen, 27; they charged each with 115 counts each of aggravated harassment, a felony hate crime.

Rabbi Abraham Cooper, the associate dean and director of global social action at the Simon Wiesenthal Center, said “these incredibly important arrests are a signal to other bigots across the United States that they will be held accountable.”

The May 14 mass shooting at a supermarket in Buffalo, N.Y., took place about 70 miles away from Hornell, noted the AP.

The gunman, who allegedly held racist and anti-Semitic views, lived in the Southern Tier village of Conklin.