news
Impact of closures in community wreak havoc with food and finances, institutionally and individually
Faygie HoltJNS
One element that everyone agrees will be critical for Jewish organizations at the frontlines of providing assistance to their communities is some assistance from the federal government.
Featured ColumnJonathan S. Tobin
A crisis for Jewish philanthropy may force unpalatable choices
The shutting down of the global economy could lead to a devastating drop in charitable giving and lead to a necessary winnowing of organized Jewish life.
Scroll to view more
The Wire
Latest from JNS and the Web
brief14th Israeli dies of coronavirus; Government prepares to tighten lockdown as cases near 4,000
Israel Hayom
briefIRGC Cyber Division confirms Khamenei’s claim that ‘demons’ are assisting Iran’s enemies
MEMRI
briefTrump lauds Netanyahu on forming unity government, response to coronavirus
jns
briefTens of thousands view prayer online at Western Wall to end coronavirus
jns
briefIntel Israel donates money for coronavirus testing machine to Rambam hospital
jns
briefAmazon reverses ban, still selling Hitler’s ‘Mein Kampf’
jns
briefAnti-Semitic broadcaster: COVID-19 blamed on Jews for not following Jesus
jns
briefTeva to send millions of tablets to US hospitals for possible treatment of virus
jns
brief200 Israelis and 74 foreign nationals arrive home from abroad due to pandemic
jns
briefMajor Orthodox groups urge Jews to limit Passover prep to just the ‘essentials’
jns
see more 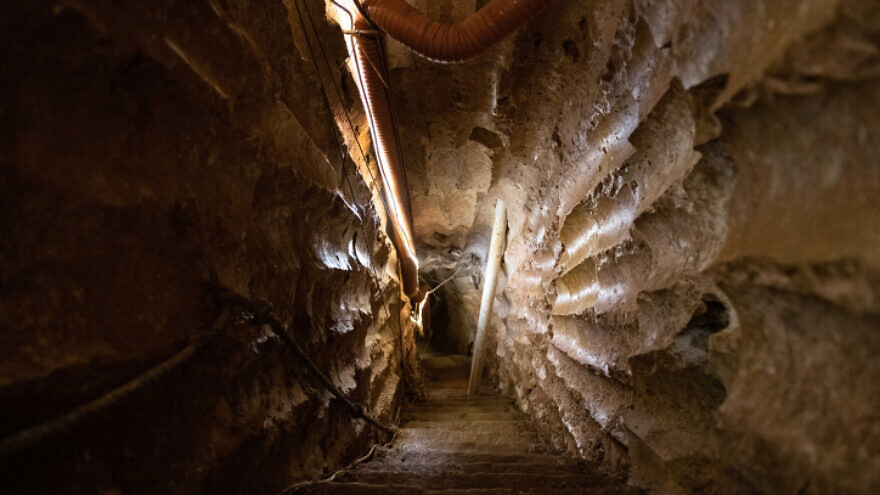 (January 19, 2020 / JNS) The Israeli military began construction on a massive underground defense system along the northern border with Lebanon on Sunday, in an effort to defend against cross-border tunnels.

“The deployment of the infrastructure is another component of the extensive defense effort that is regularly conducted in the Galilee region,” the Israel Defense Forces said in a statement. “IDF forces will continue to fulfill their mission of defending and operating around the clock in order to preserve the sovereignty of the State of Israel and protect its residents.”

Approximately a year ago, the Israeli military discovered and destroyed six large tunnels crossing from Lebanon into Israel that were believed to have been constructed by Hezbollah, the Lebanese Shi’ite terrorist group.

The new project will utilize state-of-the-art technology to identify the acoustic and seismic signatures of tunnels being excavated, according to IDF Spokesman Lt. Col. Jonathan Conricus. The IDF representative said the work would all take place on Israel’s side of the border, and that the United Nations has been notified.

Israel has recently taken additional precautions along the northern border, after Hezbollah, which is believed to possess an arsenal of some 130,000 missiles, fired anti-tank missiles into Israel in September. Israel responded with artillery fire, and no casualties were reported on either side.