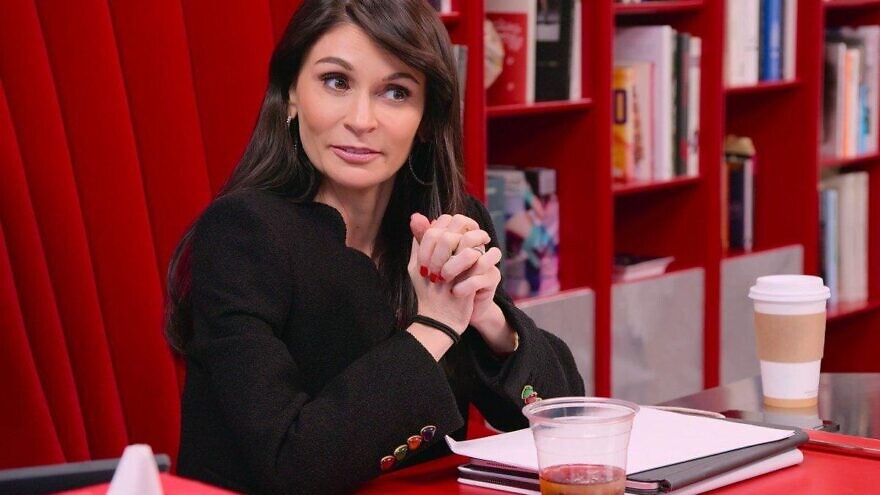 (December 7, 2022 / JNS) When Netflix debuted “My Unorthodox Life,” a reality television show about Julia Haart, who decided to leave Monsey, N.Y., and Orthodoxy, many were understandably offended by her use of the word “fundamentalist” to describe people from the Rockland County hamlet as well as Orthodox people around the world.

They argue that Orthodox Judaism was being demonized and not properly represented. Many who complained never watched the show. Although “Shtisel” and “Fauda” were among the most popular Jewish-themed programs ever created, some pointed to problems with other shows and films on Netflix calling too much attention to Jewish stereotypes, or worse.

The fact is, when it comes to reality shows, conflict rules the day. So you are not likely to ever see a story of an Orthodox family that gets along and remains Orthodox on Netflix, Amazon or any other streaming service.

Some were upset that Haart’s good times in Atlanta were barely referenced on the show, though they were depicted in her 2022 memoir, “Brazen: My Unorthodox Journey from Long Sleeves to Lingerie.”

“The word ‘unorthodox’ bothered people,” Haart told this writer after the first season came out. “The people who had the most visceral reaction never watched it. It’s because we use the word ‘unorthodox,’ they assume it would be an attack on Judaism.”

Deborah Feldman’s memoir and the 2020 Netflix series based on it, starring Shira Haas, are also titled “Unorthodox.” Accordingly, it is clear that some may have fatigue regarding stories of people leaving a religiously observant lifestyle. But do they have compassion?

Some questioned the extent of Haart’s victimhood. Her husband, Yosef, whom she divorced, didn’t seem religiously extreme at all. In her book and on the show, Haart explains she contemplated suicide. Thankfully, she was able to overcome those dark moments.

The second season, which dropped on Netflix on Dec. 2, starts with her split from Italian entrepreneur Silvio Scaglia, who leaves their fancy Tribeca digs, worth many millions. We don’t hear his side of the story as to why the marriage failed, but Haart says that she married him with the understanding that her children were important to her, and he could not handle it and said the children should make appointments to see her. He objected if one of the children would come to sit on the bed and watch TV.

Some online surmised that Haart married her husband for his money, and even took pleasure when news broke of their divorce and her firing as CEO of Elite Model Management. While she says she was co-owner of the company, a Delaware court ruled that she owns just 49.9995957% of the company’s shares when she believed she was an equal owner. She is appealing.

The show includes her four children. Miriam is extremely articulate and bright, and is considered for a position as a leader of a new family company as she dates a woman named Nathalie, who may have legal trouble regarding staying in the U.S. Batsheva has divorced her husband, Ben (who does not appear in this season’s episodes), and she is an influencer, dating new people and causing commotions by telling Elite Model Management’s Ra’ed Saade and Robert Brotherton that perhaps they shouldn’t date each other anymore.

Shlomo openly says he is a virgin and trying to no longer be. Only Aron is still Orthodox. He is 15 and wants to go to a more religious yeshiva. In the fourth episode, there is a heated debate between Aron and his mother. She points out the laws surrounding an agunah, a woman who can’t marry someone else unless he gets a get, or religious divorce, which the husband can refuse, keeping the woman hostage for the rest of her life. It’s a bit unfair to expect a 15-year-old to be able to answer this. The same is true of Kol Isha, the rule that prohibits a man from listening to a female singer, though there is no such prohibition of a female listening to a male singer. Again, it is unfair to expect Aron to answer this. Just as he wants to live his life a certain way, his siblings, who are no longer religious or keeping kosher, want to live it their way.

It’s also unclear why every time Monsey is mentioned, the show displays the green sign with the area’s name written in white, as if it is somehow scary. As someone who grew up and lives in Monsey, I can say that nobody is scared by the sign.

At the same time, Haart has some valid points. Would you want your child to go to a school that barely taught English? Aron says he wants to be a rabbi, but what if he changes his mind or can’t get a job that pays? Living in Monsey, I have encountered people who can’t speak English due to a poor education and others who have been to Ivy League schools. Monsey is not a monolith.

People will see the show as an embarrassment and trainwreck, or an entertaining show about female empowerment, depending on the shade of glasses they wear.

Some may think it is a shanda (disgrace) that Haart dresses provocatively and brags of sleeping with a man half her age this season. It’s a free country and people can do as they please. I was a bit confused at one moment when she characterizes Chabad as super-religious in almost a negative way when describing her parents’ attraction to it, then in another scene praises Chabad of Tribeca for sending her challah. Her mockery of her ex Silvio’s manhood appears to be below the belt, but if he has wronged her, it might be slightly more understandable, if not condonable.

It is unhealthy to take pleasure in someone’s misfortune and it is arrogant, without knowing about people’s lives, to claim that someone married someone for money or for any other reason. Only the people involved know the truth. Many will say that once someone goes on TV, that person is fair game. While that is true, one should be introspective and look in the mirror and see if their emotions are justified or not. If people are hurting, do they deserve ridicule? There are others who believe if one is affluent, they have no problems, and we know this is not true. Many will see the scene where a gemologist tells her that her ring is worth $2.5-$3 million, and think she hasn’t a trouble in the world. Of course, there is a certain amount of spin that every star puts on their own show. That is to be expected.

Some may wonder why there’s a show that celebrates being less religious but there is no show that celebrates becoming more religious. This is a good point, but it is not Haart’s fault. Still, while watching the scene where she is in Texas and exclaims that she wants to eat pork, I am sure some viewers cringed. I’ve never tasted pork and don’t know if it’s better or worse than brisket.

Haart clearly loves her children. While some may say it’s wrong to put children on a reality show, it’s their lives, not yours. A decision to be religious or not is also their decision, not yours. But the decision to watch the show, or not, is yours.