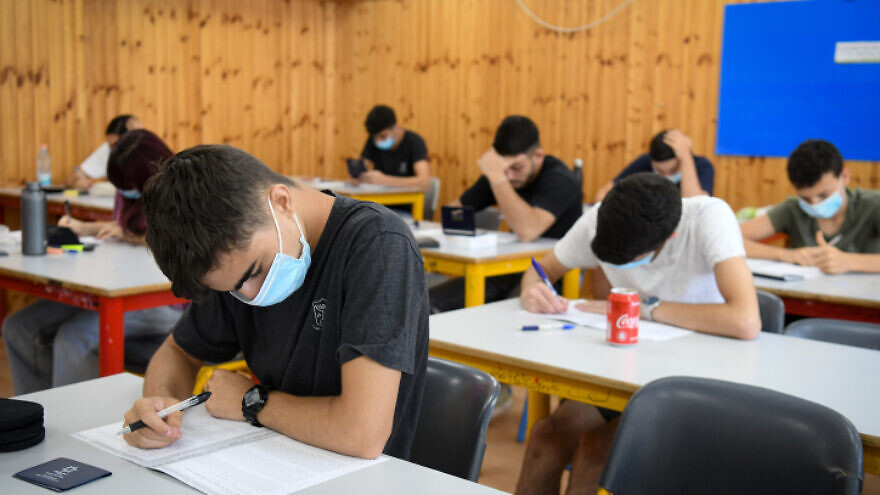 (October 6, 2020 / Israel Hayom) Those Israeli parents who are still working face a near-mission impossible when it comes to making sure their children are keeping up with their schoolwork.

According to Joint Chairman of the Parents Leadership in Ra’anana Odelia Shindorf, herself a mother of two, “this is a lost school year.”

Remote learning, stated Shindorf, “is causing despair. It’s not effective. But the main issue is loneliness. Parents are reporting tough feelings. We hear that from every home where there are high-schoolers.”

While the numbers prove high schools are COVID-19 hot spots, “The reports forget to take into account the long-term damage, the kids’ emotional difficulties, the lack of effective teaching, the sense of despair, and the system’s lack of preparedness,” said Shindorf.

Eyal Levanon, chairman of the Tel Aviv-Jaffa parent-teacher association and the father of an eighth-grade student, concurred, saying “the biggest concern is the emotional issue. The kids have been cut off from their environments, from their friends, from their classes and groups. The distance learning solution doesn’t meet emotional needs. We are raising a generation that could be hurt beyond the pedagogical [loss], in terms of emotional and mental health as well.”

Israel, he added, “has to understand that it is losing a generation. It needs to put all the money it has or doesn’t have into bringing them back to school.”

School administrators are also facing new challenges—in particular, that of running schools when both students and teachers are at home.

“This is a lost school year.”

According to Moti Arbel, principal of Amit High School No. 10 in Ashdod, “It’s a difficult feeling. On one hand, we really do understand that we are fighting an existential battle for life itself. On the other, the physical distance from the students is hard.”

More than 40 teachers were quarantined over the holidays, said Arbel, with two teachers contracting the virus by exposure to sick students; “nevertheless, it was clear to all of us that we aren’t giving up on them.”

Meanwhile, high school students are worried about their matriculation exams. Students who don’t have computers or tablets, as well as learning-disabled students, face a particularly tough road.

“If ‘Zoom school’ goes on, there’s no way we’ll be ready for the winter exams,” said Noa Hasson, a 12th-grade student from Petach Tikvah.

Hasson pointed out that she has not yet received grades for the matriculation exams she sat last year.

“We don’t know whether or not to study for the winter exams,” she said. Hasson added that this past year, the school system has been “destroyed.”

“I’m supposed to be enjoying the last few minutes of 12 years in school, and instead, I’m worried all the time,” she said.