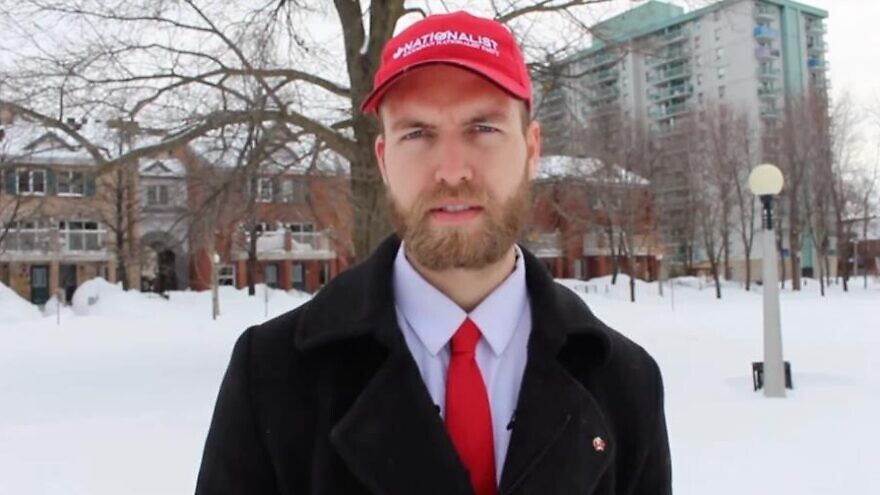 (October 24, 2022 / JNS) The former head of the now-defunct Canadian Nationalist Party has been sentenced to one year in jail by a judge in Estevan, Saskatchewan, for promoting anti-Semitism.

The sentence comes after Travis Patron, who founded the Canadian Nationalist Party in 2017, was found guilty of fomenting hatred against Jews.

Patron had a history of promoting anti-Semitic tropes, including the canard that Jews run the media and Canada’s banks, but it was the creation of a video that was circulated online in 2019, called “Beware the Parasitic Tribe,” that led to his arrest and incarceration.

B’nai Brith Canada had been advocating for a police investigation even before the video surfaced. A representative of the human rights organization among those who testified at Patron’s trial and its CEO, Michael Mostyn, provided a community impact statement to the court ahead of the sentencing.

In a press release, Mostyn wrote, “We are pleased with the sentencing of this hater following such blatant, offensive and appalling messages. As we have said before, Patron advocated for the destruction of Canadian Jewry using dehumanizing and highly disturbing language. His rhetoric is genocidal and we are grateful that this man has been sentenced to prison for the vile behavior our organization emphasized while seeking justice.”

Friends of Simon Wiesenthal Center, which also urged the authorities to investigate Patron, said the sentencing “sends a clear message that promoting hatred against Jews has consequences in Canada, including imprisonment,” according to Jaime Kirzner-Roberts, director of policy at FSWC. “While justice has been served, unfortunately, it took more than three years for a guilty verdict to be reached since the moment police were first notified of Travis Patron’s hate-mongering in 2019, which is far too long.

“Patron is just one of many extremists who use online platforms to spread anti-Semitic tropes and conspiracy theories, and such hate is having a real impact on the Jewish community’s safety,” she continued. “As we see hate crimes in Canada increase year after year, the country’s government and justice system must make combatting hatred, and bringing perpetrators of such crimes to justice, a priority.”

With time served, Patron is expected to be released in about six months. He will be on probation for an additional year, during which time he is not allowed to post anything about Jews online.