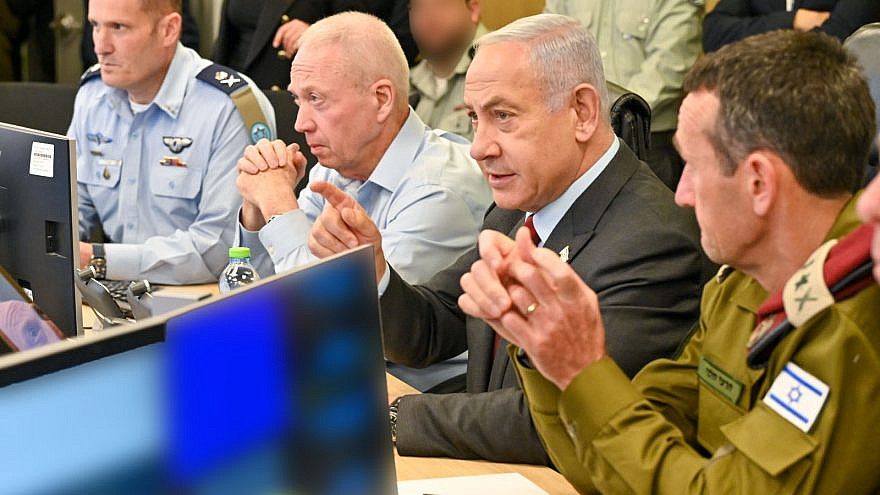 “This exercise expresses the unshakeable strategic partnership between Israel and the U.S., and constitutes an additional stage in building up Israeli military strength. Israel will always defend itself with its own forces but—of course—welcomes the deepening cooperation with our greatest ally,” said Netanyahu.

He and Gallant were joined by IDF Chief of Staff Lt. Gen. Herzi Halevi and National Security Council Director Tzachi Hanegbi, along with other senior defense officials.

“The IDF is Israel’s shield. The strength of the IDF is what enables life in our country,” said Gallant on Wednesday. “The cooperation in the exercise, between the IDF and the U.S. military, is a welcome step that improves and adds to the capabilities of the defense establishment.”

The IDF and U.S. Central Command on Monday launched the drills, which are taking place in Israel and the Eastern Mediterranean Sea.

“Consistent with CENTCOM’s strategic approach of People, Partners and Innovation, we are committed to strengthening military-to-military relations throughout the region,” Gen. Michael “Erik” Kurilla, commander of CENTCOM, said in a statement on Monday announcing the drills.

“Juniper Oak is a Combined Joint All-Domain exercise which improves our interoperability on land, in the air, at sea, in space and in cyberspace with our partners, enhances our ability to respond to contingencies, and underscores our commitment to the Middle East,” he added.

CENTCOM expanded its area of responsibility to include Israel on Sept. 1, 2021, taking over from the European Command (EUCOM) in a change announced during the final days of the Trump administration.

Despite its location in the Middle East, Israel had been part of EUCOM’s area of responsibility for several decades, largely to avoid friction between Israel and Arab militaries. However, with deepening ties between Israel and several Arab countries, coupled with growing threats from Iran, a need for better coordination between Israeli and American forces in the region was deemed necessary.