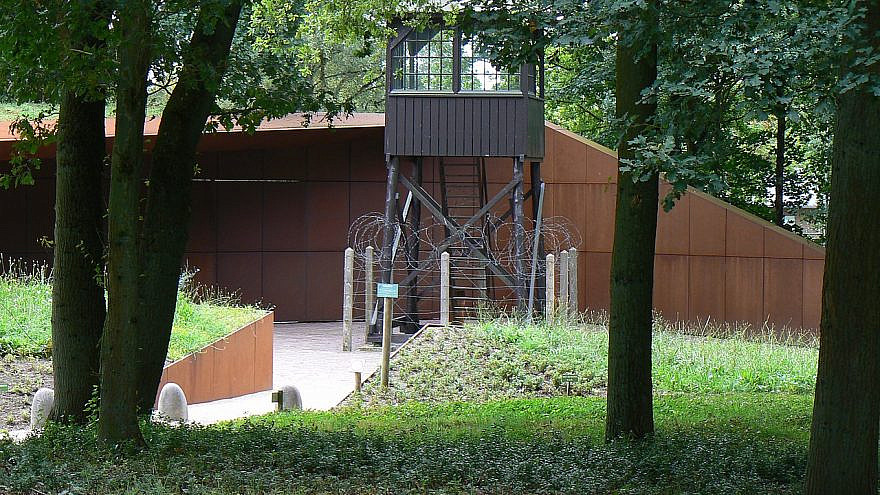 (April 23, 2021 / JNS) A museum built on the site of a former Nazi concentration camp in the Netherlands was inaugurated on Monday, also the 76th anniversary of the day the camp was handed over to the Red Cross and liberated.

National Monument Camp Amersfoort on the border of Leusden and Amersfoort is a large, underground museum that showcases portraits and stories of those who were imprisoned at the facility. Those who attended the inauguration ceremony on April 19 included former Camp Amersfoort prisoner Arie van Houwelingen and Dutch Prime Minister Mark Rutte.

Annual commemoration gatherings take place at the former grounds of the Nazi camp, which was built in 1941.

From that year to 1945, about 45,000 prisoners were held at Camp Amersfoort, which was under the direct command of the SS, according to the museum’s website.

Records note that at least 850 of the prisoners at the camp were Jewish, though the museum said the real number is probably much higher.

The Jewish prisoners were eventually deported from Amersfoort to Westerbork, a transit camp in the northeastern part of the Netherlands where Jews performed forced labor before being sent to other concentration or extermination camps in Poland.

The museum is slated to open on May 11.