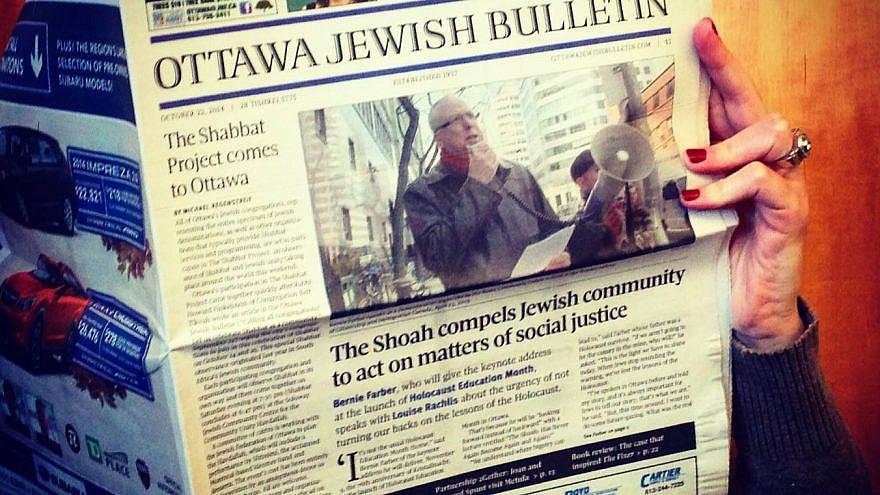 (December 4, 2020 / JNS) A Jewish publication in Ottawa, Canada, is ceasing its print edition at the end of the year.

The Ottawa Jewish Bulletin, which is run by the Jewish Federation of Ottawa and has suspended its print issues since the beginning of the coronavirus pandemic, announced in late October that it will officially end the 83-year-old community newspaper due to the negative financial effects from the virus that, like many other newspapers, only intensified the decline in advertisers and subscribers.

Despite the publication shuttering its print edition, an online edition called the “Ottawa Jewish e-Bulletin” is slated to be published by the Federation and emailed to those who subscribe by email.

“The demise of the traditional print paper elicits powerful emotions, from nostalgia to wistfulness. We wish the outcome could be different,” said Ottawa Jewish Bulletin in the announcement. “However, Federation is optimistic about moving forward with a streamlined communications platform tailored for and by our community.”

In a statement to JNS on Friday, Ottawa Jewish Bulletin editor Michael Regenstreif said, “I moved to Ottawa in the summer of 2007 to work at the newspaper as assistant editor for the first six months and as editor since February 2008. This past February, I became the Bulletin’s longest-serving editor in the paper’s history.”

“Thanks to everyone who has worked at the Bulletin and contributed articles, columns and photos to the paper during my tenure, and to all who have supported and read the paper,” he continued. “Despite limited budgets, we did some very good work, and it’s been an honor to serve as editor.”