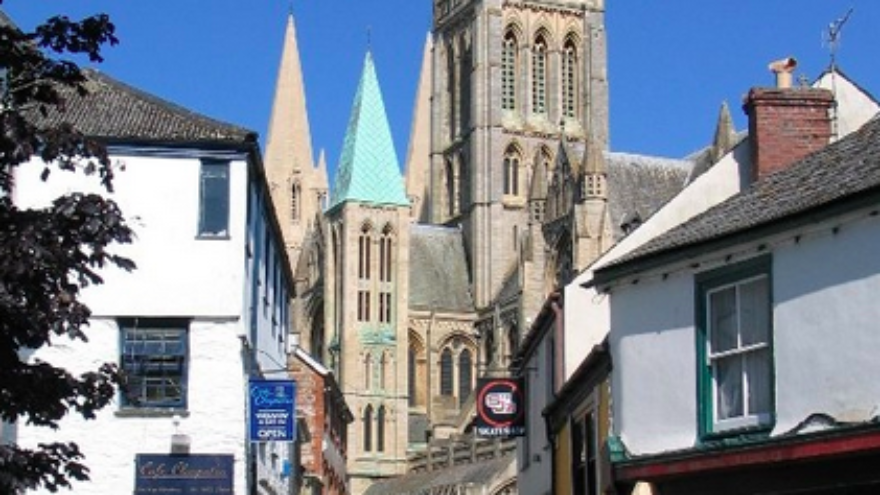 (May 20, 2022 / JNS) An English estate that housed Austrian Jewish refugees fleeing Nazi forces during World War II is available for sale, but it requires major construction since it has no roof, no doors and no running water.

Trehane House, which is on the market for £600,000 ($634,896), was built in 1703 in Cornwall, England. Jewish refugees lived in smaller outbuildings on the grounds, and American soldiers later stayed on the estate ahead of the D-Day landings in June 1944, according to Cornwall Live.

The 5 1/2-acre property was destroyed in a fire in 1946, and only the walls and two of the four chimney stacks remain intact. The house was not insured and reconstruction efforts never moved forward due to the limited rations of building materials after World War II, according to The Jewish Chronicle.

“We’ve already had offers,” Andrew Chilcott, one of the real estate agents selling the house, told The Times. “Our client has owned it for about 20 years. They had a thought process to do something [about restoration] but it never transpired.”

Jack Dunn, a local resident, said he remembers several of the refugees who lived there during the war and even played games with some of them. According to The Jewish Chronicle, Dunn told local media, “One of the older men was a well-known concert pianist. Of the younger ones, I only recall one, Fritz, a tall young man with a quick and ready wit, and another called Kurt, who was shorter and good-looking, but rather more serious.”