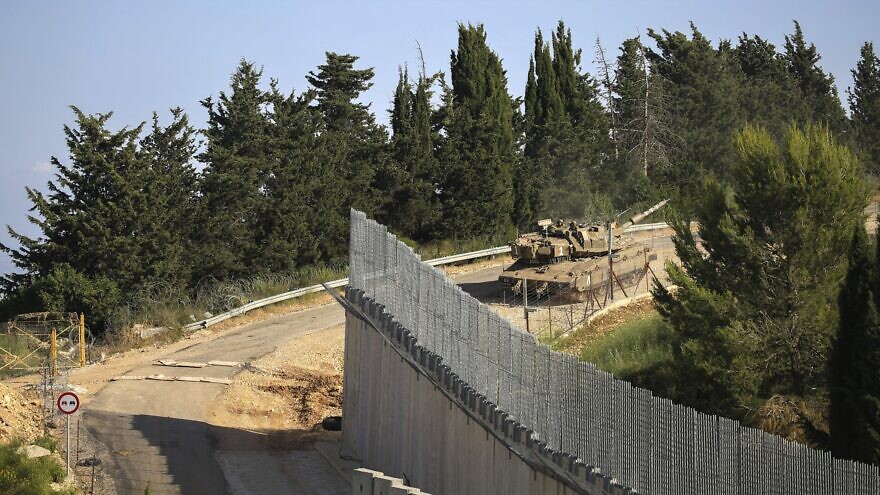 (April 25, 2022 / JNS) A pre-dawn rocket attack from Lebanon shattered the pastoral quiet of Israel’s northwestern Galilee region on Monday with the projectile exploding in an open area, not far from the Jewish communities of Shlomi and Matzuva.

The Israel Defense Forces responded with an artillery barrage in the direction of the source of fire, south of Tyre in Lebanon.

No entity has claimed responsibility for the attack, which came three days after a Palestinian terrorist faction, also unnamed, fired two rockets in Israel’s direction from the Gaza Strip.

So who is behind the latest attack from Lebanon, and was Israel’s response sufficient?

Possible clues include a message by a senior Hamas official in recent days, who warned that should a new conflict erupt between it and Israel, “a front will also be opened from Southern Lebanon.”

Whichever organization did fire from Lebanon, it was most likely a Palestinian terror faction an Israeli military spokesman said after Monday’s attack.

Maj. (res.) Tal Beeri, head of the research department at the Alma Center, a defense research center in northern Israel, has been closely monitoring the building up of rocket capabilities by Hamas in Lebanon in recent years.

“Hamas in Lebanon is the immediate suspect. However, it is worth remembering that other Palestinian factions, such as Fatah or the PIJ, can also shoot Grads,” he said.

Out of the Palestinian factions that are active in Lebanon, Hamas by far has the most ambitious force build-up program, according to Beeri’s research. In 2021, the Alma Center exposed a secret Hamas plan to build GPS-guided rockets with a range of 20 kilometers (12 miles), as part of a “first stage.”

Hamas’s goal is to be able to fire 200 rockets at Israel from Lebanon in two rounds of fighting, the research uncovered.

“Until now, only Hezbollah had such capabilities. It is unheard of for another organization in Lebanon to deploy such firepower,” noted Beeri.

But while Fatah and PIJ don’t come close to that level of terrorist infrastructure, they do have their own smaller arsenals of weapons in Lebanon, which include Grad rockets, and they have independent launch capabilities, he said.

Beeri noted that after Friday’s rocket attack from Gaza, Hamas responded by arresting members of smaller terror factions, including PIJ, the second-largest armed organization in Gaza after Hamas.

“It is not certain that Hamas was interested in the firing at Israel from Gaza (last week), or it is responsible for firing from Lebanon,” he assessed. If Hamas is the entity that fired the rocket from Lebanon, added Beeri, this could be an attempt to avoid attracting more Israeli firepower against targets in Gaza, by operating out of a different arena—a tactic Hamas has used repeatedly in 2021.

‘Things do happen under Hezbollah’s nose’

If it was indeed Hamas, said Beeri, one motivation behind the attack could be the sending of a signal following Israel’s decision on Saturday to seal the Erez border crossing with the Gaza Strip in response to the rocket fired from the Strip on Friday. The decision places Gazans who had grown used to working in Israel under economic pressure, and Hamas is feeling that pressure, too.

Beeri also cautioned against what he described as the “prevailing” wisdom, according to which, “everything that happens in Southern Lebanon is with the knowledge and approval of Hezbollah. This is not the case. Things do happen under Hezbollah’s nose,” he said, citing Hamas rocket fire from Lebanon at Israel last May and August.

On May 15, Lebanon is scheduled to hold parliamentary elections, an event that is likely acting as a restraining influence on Hezbollah in terms of its actions against Israel, in Beeri’s assessment. However, that wouldn’t prevent Palestinian factions from firing more rockets at Israel until the end of Ramadan or until the elections are held, he warned, adding “in any case, Israel should treat Hamas’s presence in the Gaza Strip and Lebanon as one front.”

The fact that Palestinian factions can, on their own, create multiple attack fronts from the West Bank, Gaza and Lebanon—and activate them one after the other—should give the Israeli defense establishment pause.

As IDF Spokesperson Brig. Gen. Ran Kochav noted on Monday, Israel currently faces a “certain type of multi-arena campaign in Jenin, in the cities of Judea and Samaria, the Seam Line, on the Temple Mount, of course, during Ramadan, and in the Gaza Strip.”

While this time around, the rocket was aimed at an open area, the next incident could result in harm to civilians, potentially sparking a chain reaction that could conceivably drag Hezbollah into an escalation, whether it intended to take part or not.