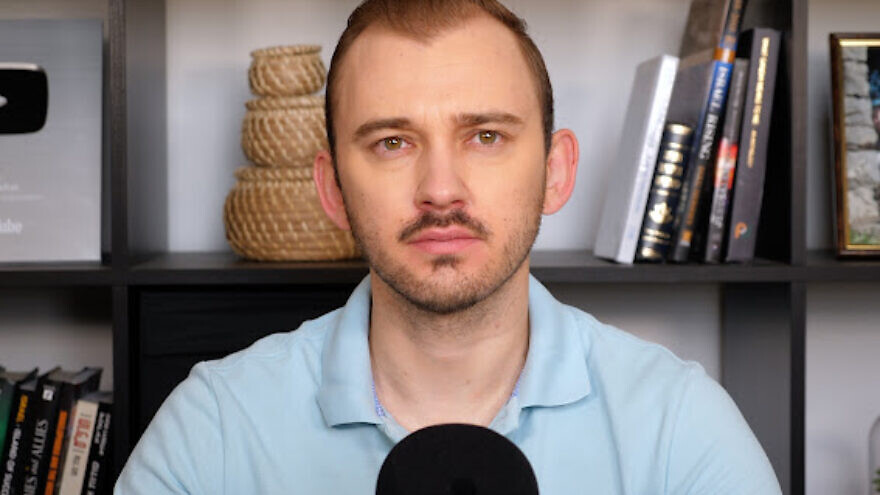 His Twitter page, which has more than 165,000 followers, states, “I’m that Israeli who talks to the camera about peace in the Middle East.”

Naftali was born in 1995 in Safed (Tzfat) to parents who were refugees from the former Soviet Union, and later grew up in Samaria. The family immigrated to Israel in the early 1990s, as soon as the Soviet Union collapsed, with the help of the Jewish Agency for Israel in Hungary.

“From the stories I heard from my grandpa, things weren’t good,” Naftali said in an interview with JNS. “People made fun of his name and even suggested changing it to conceal his Jewish identity. And today, this cycle is coming back, and Jews are one of the few groups in the world that still have to conceal who they are.”

When this reporter offered to continue the interview in Russian, he chuckled, “You know what they say about Putin, he understands English but doesn’t speak it, so I have the same take on that.”

Speaking about allegations that he is a Messianic Jew and closet Christian, Naftali responded, “I have seen on the internet many people speculating who I am, what I do and what I believe in. I find it especially interesting that those who attack me for my personal beliefs have never met me and don’t have any evidence or witnesses to back this claim up.”

He elaborated, “I am Jewish, but I follow the teachings of the New Testament as well. It is not my job to tell people what they should believe in. We should all keep our beliefs to ourselves. That’s the way I see it….It has also come to my attention that people say, ‘Hananya is doing everything to convert people to his beliefs.’ When in fact, I don’t tell people what to believe in. That’s a personal relationship with the creator; my beliefs are my own and I like to keep them that way. I am not a ‘Messianic Jew’ and don’t define myself as such. I’m not part of any denomination.”

Naftali said that trust between Jews and Christians needed to be rebuilt after the Inquisition, and then after the Holocaust because “Hitler killed many Jews with the support of the churches. And many people cannot distinguish between the different streams of Christianity.”

He added, “We don’t need any more division. I want to build bridges between Jews, Christians and Muslims. We must all unite together for the sake of peace and against radicalism.”

Naftali’s rise as a public figure began in 2014 during Israel’s “Operation Protective Edge,” when he was serving in an IDF tank unit.

“I was in Gaza fighting Hamas. And afterward, I would call my parents to calm them down,” he recalled. “Everyone who was not fighting was watching TV, and they would announce the names of soldiers who had fallen in battle. My friends and family were very worried that I would be among them.

“So I would see the news myself to see how it was portrayed on mainstream media and to my surprise—actually I was not surprised—I saw massive protests against Israel in Europe, in London, Berlin and other places.”

“I was there fighting Hamas and so I knew what they were saying was complete lies—that we target civilians. That’s when I decided, enough is enough,” he said. “At the time, my English wasn’t good and I didn’t know how social media worked or how to edit videos. But I wanted to tell the story of my country. And so, I had to learn all these skills and did.”

Naftali eventually started telling stories about the Israeli-Palestinian conflict from his perspective. “Many could relate because it was just me talking from the heart, with no organizations supporting me. I must say that I used to be a shy person before this, so this was way out of my comfort zone.” 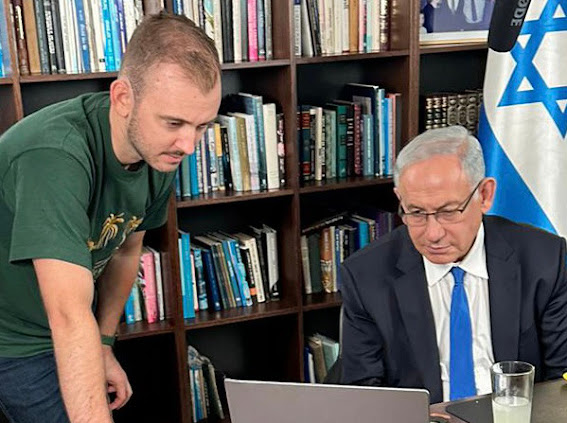 Involvement with Likud and Netanyahu

When asked how he got involved with former prime minister and now Prime Minister-designate Benjamin Netanyahu and the Likud Party, Naftali credited his “chutzpah.”

“By that time I had a few hundred thousand followers, so I literally messaged Benjamin Netanyahu’s adviser on Facebook one day. A few hours later he responded that they had thought about this idea themselves, and so it was funny that I had contacted them first,” he said.

In 2017, Naftali met Netanyahu in Jerusalem and interviewed him.

“It was a very short interview on how to defend Israel in the best possible way; I just wanted to get Netanyahu’s wisdom,” he said. “It was the first time I had met him, and months later they asked me to join his team. When you’re 22 and the prime minister offers you a job, you don’t say no. I guess they liked me. So, that’s how I got into this political world.”

“I am determined to continue and tell the story of Israel until my last breath,” Naftali concluded.