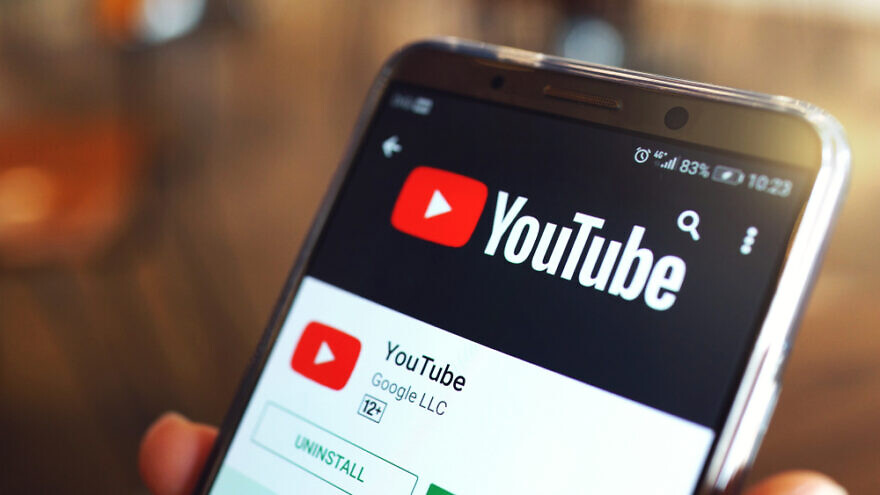 (February 2, 2022 / JNS) YouTube is being urged to remove from its platform anti-Semitic hate sermons in the language Urdu, including those posted by clerics idolized by the gunman who took hostages at a Texas synagogue on Jan. 15.

According to a report in The Jewish Chronicle, Malik Faisal Akram, 44—who took four hostages, including the rabbi, at the Congregation Beth Israel in Colleyville before being killed by the FBI—was an avid follower of two Pakistani clerics who posted videos on YouTube.

Israr Ahmed, who has 2.7 million YouTube subscribers, has called Jews “akin to pigs,” as well as “the ultimate source of evil [and] the biggest agents of Satan.” He also said that Jews “control the banking system of the world,” among other anti-Semitic claims against Jewish people.

Cleric Tariq Jamil, leader of the Islamic movement Tablighi Jamaat, claimed in a video to his nearly 6 million subscribers during the 11-day conflict between Israel and Hamas last May: “The whole world’s occupier is targeting us, the world oppressors joke about us, they dance on our dead bodies, they put our houses on fire. … Oh Allah, the oppressor is challenging us.”

Akram, who lived in Blackburn in the United Kingdom, joined Tablighi Jamaat in 2003 and was a devoted follower of Jamil’s, his family has said. Akram was later banned from the Tablighi mosque in Blackburn after he called for jihad against Israel and United States.

The Jewish Chronicle first highlighted the anti-Semitic YouTube videos in Urdu last June. YouTube has failed to remove the videos, and a spokeswoman for Google, which owns YouTube, said the platform was in the process of reviewing the videos and subscription channels mentioned by the publication.

“Perhaps now, this evidence that the sermons may have incited Malik Faisal Akram to take Jews hostage in a synagogue will move the company to act,” said a spokesperson for Campaign Against Antisemitism. “Or does it take actual dead Jews to persuade social-media networks not to take the blood money that comes from broadcasting videos such as these?”

Nadine Dorries, secretary of state for culture, media and sport in the United Kingdom, said: “It is awful that YouTube has allowed its site to be used to incite racial violence and terrorism, and to profit from it. We will hold social-media companies to account for their role in the spread of extremist ideologies online.”

Dorries said she will soon be introducing to the British Parliament a new online safety bill that will force YouTube to remove the anti-Semitic content. “If they don’t, they will face huge fines and have their services blocked, with their bosses held criminally liable for failing to cooperate,” she said.