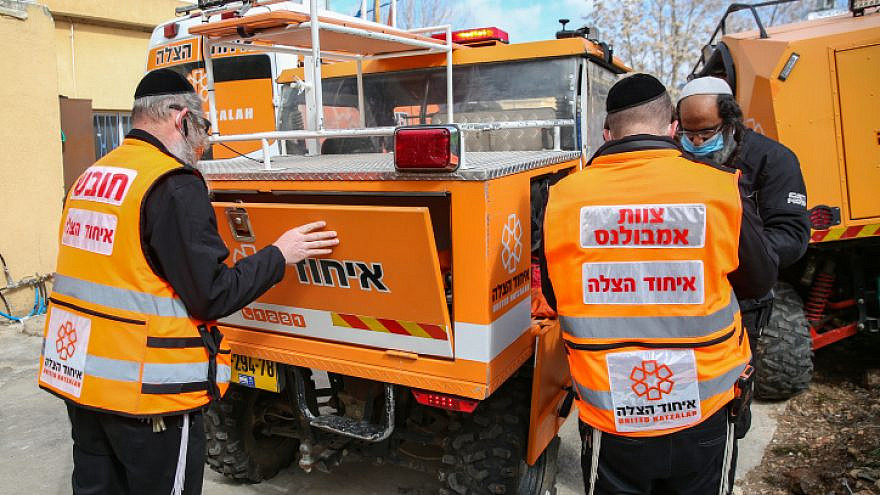 (February 24, 2021 / Israel Hayom) Eli Beer, founder and president of United Hatzalah, Israel’s largest volunteer-based emergency medical service, ordered all chapter heads nationwide—Jewish, Muslim and Christian, both secular and religious—to make sure that all of the volunteers in their sectors have been vaccinated against the coronavirus or are recovering patients.

United Hatzalah said on Wednesday that the move is to be completed by March 7. Volunteers who decide not to receive the vaccine will be suspended, and after a grace period, be removed from the organization.

“I don’t see this as controversial,” said Beer, who won a hard-fought battle with COVID himself. “I see it as our duty in saving lives. As medical personnel and first responders, we are at risk, and we can endanger others if we aren’t vaccinated. We’ve had a number of volunteers in the past contract the virus because they responded to an emergency prior to the vaccines being available and in spite of the precautions they took. I don’t want any of our volunteers getting sick, or their families getting sick. God forbid, I don’t want any of our volunteers passing the virus on to a patient either.”

To date, nearly 90 percent of the 6,000-plus volunteers who make up the organization have already received at least the first dose of the vaccine, according to United Hatzalah.

According to the new policy, those who have a legitimate medical reason for not being inoculated will need to request a provisional exemption from the organization’s medical department. These volunteers will be able to remain active, but will mostly be sent out on cases in which the risk of contracting the virus is low.

“Volunteers who do not have the vaccine will not be allowed to respond to any respiratory emergencies, any emergency where someone in the home is in isolation or sick with the disease or any emergency involving a fever, as well as others,” said Beer.

“I myself have already received both vaccines, even though I already had the virus. I’ve personally experienced what this virus can do to someone and how terrible it is. The damage that can be caused by an unvaccinated person passing on the virus is unfathomable, and I don’t want our volunteers to be responsible for that,” he concluded.