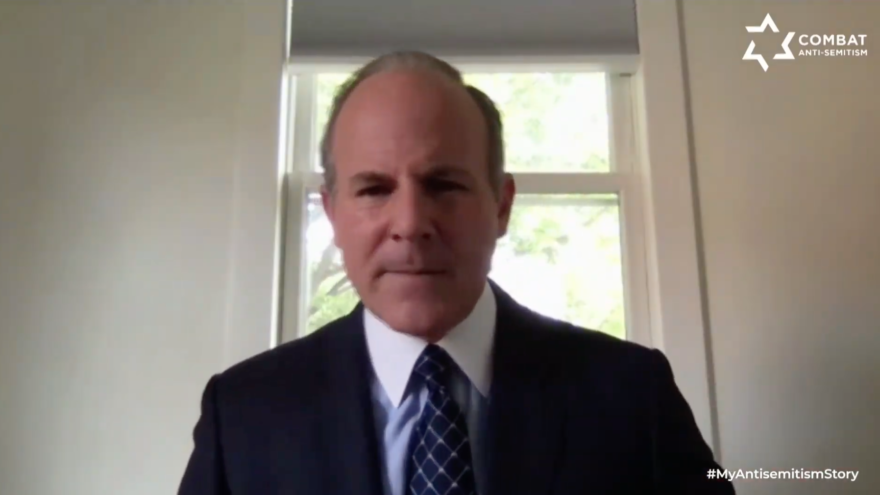 (September 16, 2020 / JNS) Officials from the United States, the United Nations, the United Kingdom and Germany called for greater adoption of the widely accepted International Holocaust Remembrance Alliance (IHRA) definition of anti-Semitism, describing it as a critical tool to combat anti-Jewish hatred.

Victims from across the world who have been the target of anti-Semitism in a wide variety of settings described their firsthand experiences. These personal stories were utilized to illustrate the 11 examples of modern anti-Semitism under the IHRA definition.

Those who spoke included Jonathan Morales, who tackled the gunman who killed a worshipper at Chabad of Poway in Southern California last year. Israeli writer, speaker and social-media activist Hen Mazzig described how he faced loud cries on campus to destroy Israel. Susan Libby relayed her experience in Chicago in the 1980s, where she was subject to accusations that Jewish doctors infected black babies with AIDS. And Laurel Grauer outlined how she was ejected from the 2017 “Dyke March” in Chicago for displaying a Jewish Pride flag.

Küchler warned: “Anti-Semitism has arrived in the mainstream of our societies. … It affects us all and it requires each and every single one of us to combat it.”

Carr described the IHRA definition as “critical” and “foundational,” asking “how can you confront an enemy when you don’t understand the enemy? … We have a vehicle for doing that, we have a standard definition of anti-Semitism, and it is critically important.”

Carr also said that those who cite free speech concerns in objecting to adopting the IHRA definition are misguided. “Fighting anti-Semitism doesn’t stifle debate,” he said. “It simply defines what anti-Semitism is, so we can engage in this debate by calling it out.

Pickles said it was “a matter of pride” that the United Kingdom was the first country to adopt the IHRA definition.

“We know from surveys that maybe 30 percent of the [U.K.] population … believe some of the tropes about Jews controlling the press or about Jews having a lot of money,” he said. “We really need to bear down on this anti-Semitism. That is why the IHRA definition is so important because it deals with the modern nature of anti-Semitism.”