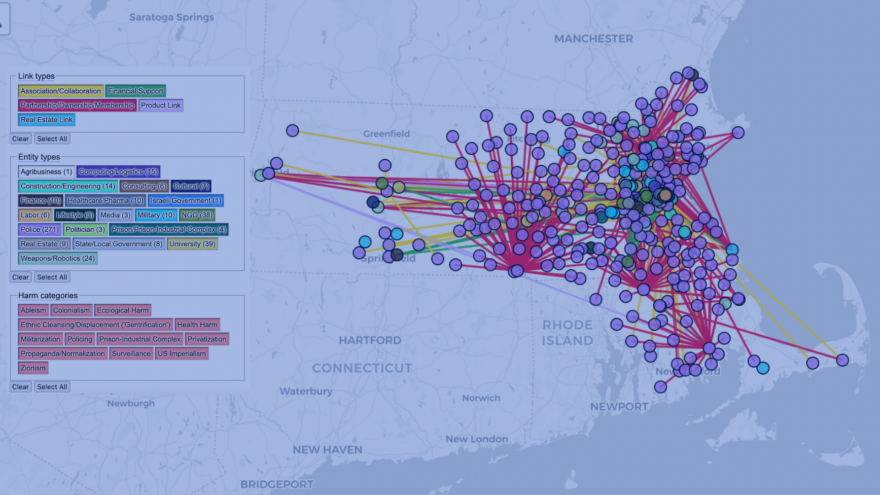 (October 12, 2022 / JNS) Wellesley College’s student paper reaffirmed its support for the BDS and “liberation of Palestine” while walking back its endorsement of the controversial Boston Mapping Project it previously claimed was “providing a vital service.”

In an article published by The Wellesley News editorial board on Sept. 28, the students wrote, “We believe that the Mapping Project is providing a vital service,” adding, “Collecting data about these institutions, tracing their financial and political activity and publicizing this information is incredibly important.”

The Mapping Project, created by anonymous BDS supporters this past summer, links a range of Massachusetts-based Jewish groups, synagogues, schools, police departments, media and other institutions that the anti-Israel activists say should be “dismantled.” The project’s website hosts a map with the locations of its targets and information about them, including the names of some of their staff.

In a statement released Wednesday following criticism by Jewish and pro-Israel organizations, the students seemingly changed their stance on the project.

“We intended to use the Mapping Project only as a source of information about Wellesley College and its affiliated institutions. We apologize for not clarifying the nuanced nature of the Project’s inclusion, and we recognize that the impact of our citation may have differed from its purpose,” The Wellesley News said in a statement on Twitter. “We do not endorse The Mapping Project.”

The statement also failed to reverse all of the stances taken in the article, including the endorsement of the BDS movement.

“In our editorial, we endorsed the BDS movement and Wellesley Students for Justice in Palestine, and we reaffirm our support of both movements and the liberation of Palestine,” the students wrote.

Seeks to position themselves as the victim

Jeremy Burton, CEO of the Jewish Community Relations Council of Greater Boston, told JNS that “rather than take responsibility for their own role in amplifying and validating anti-Semitic resources, The Wellesley News editorial board seeks to position themselves as the victim.

“There is only one victim here—the Jewish community of Greater Boston that has been targeted for dismantlement by the mappers. The editorial board would do well to actually apologize for their role in amplifying bigotry and promoting harm,” he said.

“The Mapping Project is rooted in one of the oldest anti-Semitic conspiracy theories—that Jews are the root of all the ills of society and that we should be held collectively responsible for them,” Burton said.

Douglas Sandoval, the managing editor for CAMERA on Campus, called the paper’s latest statement “both illogical and contemptible.”

“Illogical because the editors say that they ‘do not endorse The Mapping Project’ even though they call it a ‘vital service.’ Contemptible because they talk about their support for BDS and ‘the liberation of Palestine’ as if they’re unaware of all the violence and suffering that would mean for the Jewish minority in the Middle East,” he said. “The editors not only sound daft; they think we’re daft.”

Following JNS’s report on the endorsement last week, Wellesley College President Paula A. Johnson condemned The Mapping Project in a letter to the community.

“While it is not my practice to comment on the newspaper’s editorials, I do feel the need to make it clear that Wellesley College rejects The Mapping Project for promoting anti-Semitism,” she wrote, adding she was concerned that the project “poses a significant threat to the physical security of the Jewish community of Greater Boston, including neighbors and partners of the College.”

“Claiming that Jewish people and organizations are responsible for a host of societal harms and calling for action against them is, by definition, anti-Semitism,” Johnson said.

In response, the Wellesley College student government condemned the college’s administration for publicly denouncing the editorial board.

“The statement shared by President Johnson not only brought widespread public attention to the Wellesley News editorial but directly provoked hostility toward Wellesley students,” the statement said. It went on to accuse Johnson of fueling “threats of physical violence and racially-charged hate speech” as well as inflicting “psychological harm on Wellesley students.”

The college’s Students for Justice in Palestine chapter has a sit-in protest planned on campus for Oct. 13 to “mobilize in support with our siblings in the Wellesley News and those standing for the liberation of Palestine.”