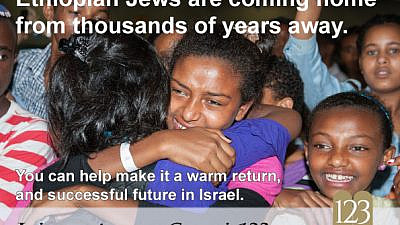 It’s one of the most significant historical milestones in the history of the Jewish people and modern Israel. This month marks the thirtieth anniversary of the miraculous and heroic rescue of nearly 15,000 Ethiopian Jews in the legendary “Operation Solomon.” The airlift, shuttling numerous Israeli commercial and military planes between Israel and Ethiopia over just 36 hours, was a vivid depiction of Israel’s commitment to bring home Jews scattered through the four corners of the earth, and a fulfillment of Biblical prophesy. The rescue of the Jews of Ethiopia was brought to modern culture with the well-received 2019 Netflix movie, “Red Sea Diving Resort.” But that only tells the beginning of the story.

Over the past decades, the community of Ethiopian Jews in Israel has blossomed to some 160,000.  Recently, another 2000 came home.  While there are many extraordinary examples of Ethiopian Jews being integrated and rising to leadership positions in many fields, several thousand wait in Ethiopia to come home, and much more needs to be done to facilitate the continued success of the community in Israel.

To mark the thirtieth anniversary of Operation Solomon, the Genesis 123 Foundation launched a special program to rescue and restore the ancient Ethiopian Jewish community in Israel. It has hosted several webinars to share personal accounts of the immigrants and their children, their adjustments in Israel including many of the blessings, and the challenges. In parallel, Genesis 123 initiated a campaign to support organizations that are doing the most important work, and invest in the Ethiopian Jewish community’s future. The campaign is unique for being comprehensive, and for engaging Jews and Christians together.

In addition to being subject to racism, coming from a traditional culture, Ethiopian Jews have unique hurdles to overcome.  Despite children integrating well and having the tools for success long-term, there are special needs because in many cases the parents are uneducated.  Being a new immigrant is hard enough, even if you’ve dreamt about coming to Israel all your life. Parents are challenged with the responsibility to raise their children in a new culture. As their children adapt, that also creates social stresses within the family unit.  But something as simple as not being able to help their children with homework creates stress for the parents and children alike.  This is one of many examples where unique challenges exist, and need to be overcome.

By bringing together Jews and Christians in support of this mission there is extra significance at being able to share in the prophetic return of one of the ancient lost tribes.  With needs among Ethiopian Jews strained greatly during the pandemic, and thousands more coming home in recent months, the interfaith grassroots ability for anyone to participate at any level is critical.  There’s been great support from a wide range of rabbis, pastors, organizations, and people of all backgrounds, all around the world.  With each contributing relatively small amounts, together, the total will make a big difference.

Underscoring this, Pastor Blake Lorenz of Encounter Ministries in Orlando commented, “God has given us a love for the Jewish people and for Israel.  We also believe in helping Ethiopian Jews return to Israel. We are expressing our love for God’s people and fulfilling God’s prophetic word that before the Messiah comes, God will gather the lost tribes back to Israel.”

Rabbi Peter Berg of The Temple in Atlanta, the site of a 1958 bombing because of the community’s struggle against segregation and for racial equality added, “We are excited about this opportunity at The Temple both for its opportunity to bring Christians and Jews together and because we care deeply about welcoming Ethiopian Israelis home to Israel and giving them every opportunity to be successful.”

Highlighting the diversity of the enthusiastic response to the campaign, and bringing together Jews and Christians with a common Latino heritage, Rabbi Peter Tarlow of the Center for Latino-Jewish Relations noted, “Just as millions of Latinos suffered at the hands of the Inquisition, so too have the Jews of Ethiopia. The Ethiopian Jews’ return to Israel after millennia of exile is one of the great miracles of the modern world. The CLJR salutes this reunification and historic opportunity to bring peoples together and are proud to participate in this modern miracle.”

Rabbi David Wolpe, of Sinai Temple in Los Angeles, shared a message from a Jewish perspective that’s relevant to all, “Our brothers and sisters among Ethiopian Jewry remind us of the many ways our tradition can express itself. To support them is not only a mitzvah and a help for them, but enables us to sustain a piece of ourselves.

The rescue and restoration of Ethiopian Jews is not just inspiring in the west. Pastor Nicholas Otieno in Nairobi, Kenya offered, “We see prophetic hand of God in the return of the Jewish people from Ethiopia and wish to support that, to be part of God’s plan. However, as lovers of Israel in Africa, engaging with other brothers and sisters who are part of God’s people is extra meaningful and builds a closer bond between us.”

A main goal of the campaign is to raise up and empower children, to give them the tools and self-confidence to succeed in anything they do, as well as to continue to build up great models of success among the Ethiopian Jewish community. The participants in the Genesis 123 webinars represent the best of these.

Bishop Glenn Plummer of COGIC (Church of God in Christ) Israel added a significant historical perspective, “The rescue of Ethiopian Jews is the first time that black Africans were brought out of oppression into freedom, not the opposite.  Israel should be celebrated. Ethiopian Jews are a great connection between us as Christians and Jews.”

The next webinar to promote this program will take place Saturday, May 15 at 3:00pm Eastern/12:00pm Western time (US) and will be broadcast on Facebook and YouTube pages. The Genesis 123 Foundation invites all to participate by donating, hosting or joining a webinar. Please contact Gen123Fdn@gmail.com. Donations can be made at www.Genesis123.co. 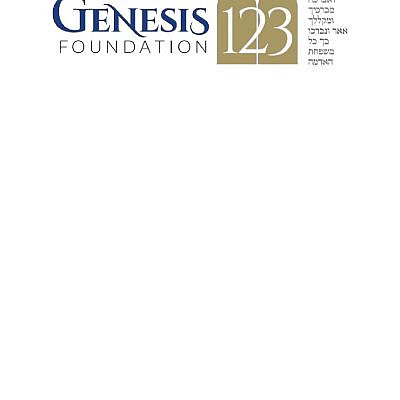 Genesis 123 Foundation
Building Bridges Between Jews and Christians and Christians with Israel in Ways that Are New, Unique and Meaningful
Publish your organization's press release on JNS Wire
Releases published on the JNS Wire are communicated and paid for by third parties. Jewish News Syndicate, and any of its distribution partners, take zero responsibility for the accuracy of any content published in any press release. All the statements, opinions, figures in text or multimedia including photos or videos included in each release are presented solely by the sponsoring organization, and in no way reflect the views or recommendation of Jewish News Syndicate or any of its partners. If you believe any of the content in a release published on JNS Wire is offensive or abusive, please report a release.